In Angers, toddlers in intensive training to fight against cerebral palsy - France 24

In Angers, toddlers in intensive training to fight against cerebral palsy Angers (AFP) “Come on bring your feet together, great Adele!”. For two weeks, toddlers with cerebral palsy undergo an intensive course at Angers hospital, a new therapy for this handicap which affects 17 million people around the world. In the middle of a merry hubbub, this three-year-old girl with blue eyes has to "coast" between the dinette and a shelf where she has to cut fake vegetables to f 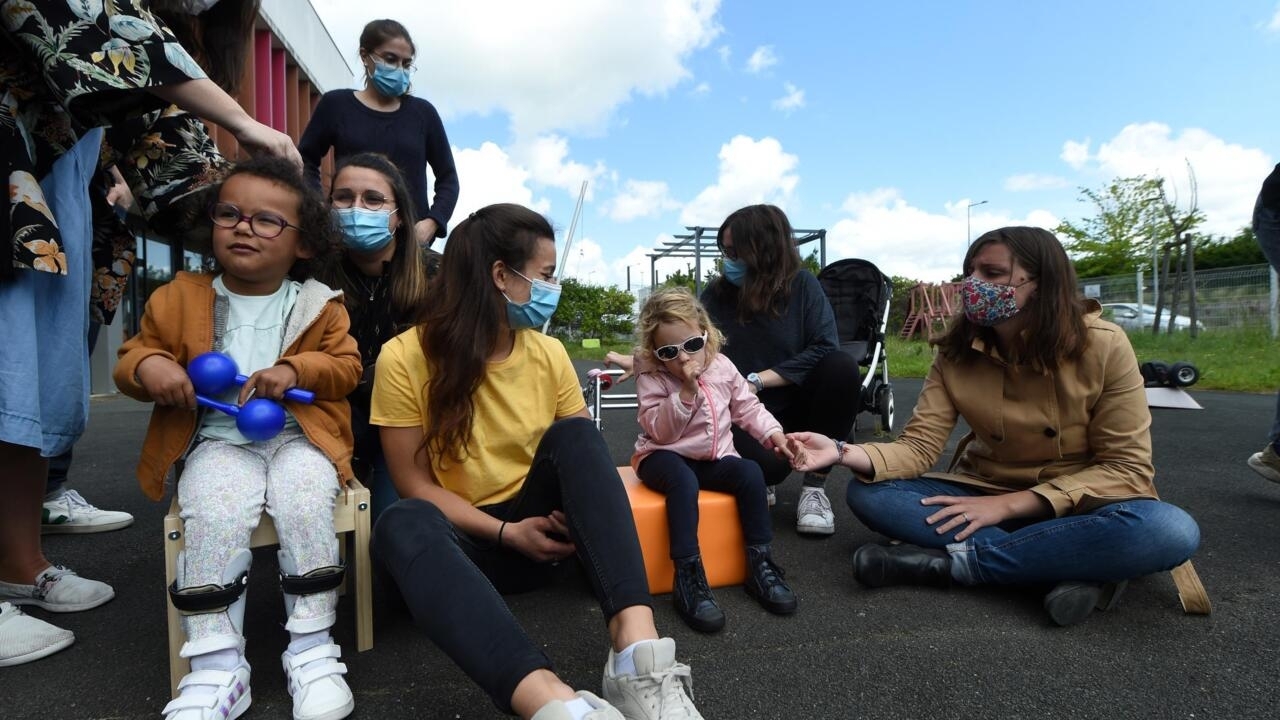 “Come on bring your feet together, great Adele!”.

For two weeks, toddlers with cerebral palsy undergo an intensive course at Angers hospital, a new therapy for this handicap which affects 17 million people around the world.

In the middle of a merry hubbub, this three-year-old girl with blue eyes has to "coast" between the dinette and a shelf where she has to cut fake vegetables to feed Lulu, a huge stuffed dog.

"At the beginning, she was very afraid to walk between two empty spaces but there she is more confident", smiles Nina, 24, occupational therapist who follows Adèle with another educator during the 50 hours of internship.

Cerebral palsy creates motor and sensory disturbances due to damage to the brain, which can occur during a premature birth or during birth, with a cord wrapped around the baby's neck.

It affects 125,000 people in France according to the foundation.

This research project called CAP ', funded by the Cerebral Palsy Foundation for a budget of 1.5 million euros, should make it possible to measure the effects of intensive rehabilitation before primary school, with around a hundred children in Angers, but also Brest, Brussels and Pisa.

"We do not have a lot of data in the scientific literature to know whether this therapy in smaller children will be effective when the plasticity (of the brain) is important", notes Mickaël Dinomais, professor of physical medicine and rehabilitation at the CHU from Angers.

Particularity of the project, magnetic resonance imaging (MRI) and electroencephalograms (EEG) are carried out before, after and three months after the internship.

"To understand how the brain is reorganized after this therapy and to see how the neurons are reorganized", explains Professor Dinomais, who hopes to examine the first clinical results of the study in 2022.

Also, rather than promising parents the moon with regard to the child's progress, the philosophy of the internship is the policy of small steps.

Each child is given five "priority objectives" in relation to his age and his disability, such as getting to put on a T-shirt by himself, holding a yogurt or being able to brush his teeth, always through fun workshops. .

"The children engage in the game, we do not put our hands on the child. The goal is for the child to play and be motivated: there are many rewards", reveals Josselin Démas, physiotherapist and coordinator of the project in Angers.

To hear the laughter during the marbles, plasticine or hippo-gluttonous course workshops under the encouragement of young specialized educators, we feel that these disabled children are "re-educating" themselves by having fun.

When the break arrives, Reyan runs with a smile on his face with his walker towards his mother, before going to take a nap.

"Play therapy is what needs to be done. This weekend, he walked in the park with his walker, which he had never done before!" Says, moved, Aouda Boulafrad, who lives in Brest.

"The internship is free, everything is funded and we hope that one day it will be covered by social security. We were lucky, but others must be able to take advantage of it!", Explains this saleswoman, who hopes to be able to resume his work put on hold to take care of Reyan.

For many mothers present, the progress made during the intensive rehabilitation course is a hope when they sometimes had to seek treatment outside France.

"For once we do not need to go abroad, as in Poland, where they have multidisciplinary intensive rehabilitation centers for children with motor disabilities", explains Blandine Niel, who is there. already made twice with his little Mayline.