A giant blood moon begins to appear .. and these are his dazzling images

The largest full moon this year, known as the giant moon of Venus, appeared in the middle of a clear sky over the Sydney Opera House, which pleased photography fans who were stationed opposite the water to capture this moment. 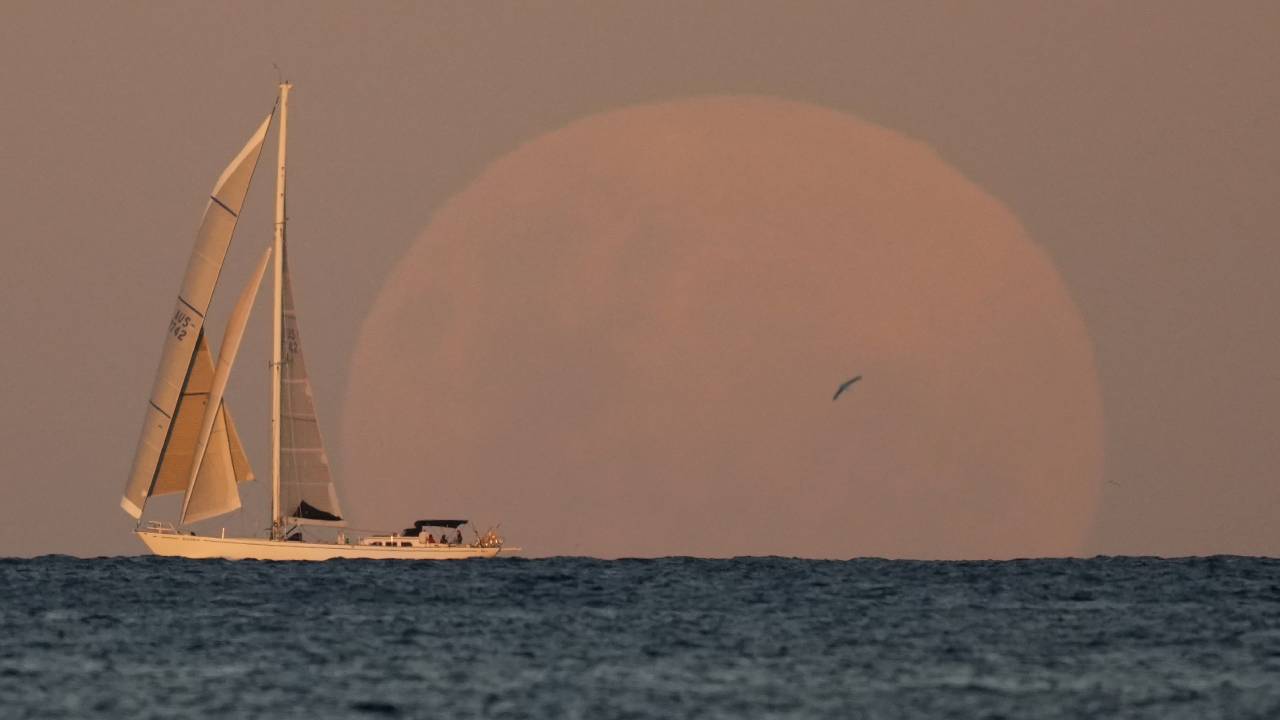 A giant blood moon begins to appear .. and these are his dazzling images

This year's largest full moon, known as Venus's Giant Moon, appeared in a clear sky over the Sydney Opera House, delighting photography fans who were positioned off the water to capture this moment.

And the presence of the moon in its orbit at the closest point to the Earth makes it appear seven percent larger and 15 percent brighter than usual.

The giant moon will also announce the first total eclipse in more than two years, when it passes through the Earth’s shadow, and it will appear in red and called the "giant blood moon" due to the spread of light around it from the Earth's atmosphere, so it looks like the sun during sunset.

The eclipse will appear in Sydney when the moon rises in the sky, as it will appear in the early hours of the morning in western North America, and residents of Alaska and Hawaii are expected to get the best view of it.

It will also appear in southern Chile and Argentina.

Astronomers in Australia, New Zealand and parts of Southeast Asia will be able to see the eclipse on Wednesday evening.

The phenomenon is expected to occur between 11.11 and 11.25 GMT, that is, at night in Sydney and before dawn in Los Angeles, when the moon is in the shadow of the earth.

The color of the moon at this time will become darker and turn red, similar to when it is at sunrise or sunset.

This phenomenon does not pose any danger to sight, unlike a solar eclipse.