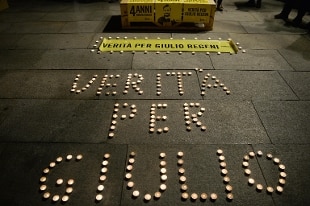 May 25, 2021 The four 007 Egyptians accused of the kidnapping and murder of Giulio Regeni, the 28-year-old researcher of Friulian origin kidnapped on 25 January 2016 in Cairo and then found lifeless, after nine days of torture, on 3 February will go to trial. the road that connects the capital to Alexandria in Egypt.

The decision was made, at the end of the preliminary hearing, by the gup Pierluigi Balestrieri who accepted the request of the Public Prosecutor of Rome. The first hearing is set for October 14th.

The four National Security agents who will go to trial are: General Sabir Tariq, Colonels Usham Helmi, Athar Kamel Mohamed Ibrahim, and Magdi Ibrahim Abdelal Sharif for the crime of multiple kidnapping, and against the latter the prosecutors they also contest the complicity in aggravated personal injury and the complicity in aggravated homicide. The accusations were brought against them by the substitute Sergio Colaiocco.

The indictment came after the GUP rejected the objection raised by the defense on the absence of the accused, highlighting how "the widespread and extraordinary media coverage has made the news of the pending trial a well-known fact".