For almost five years, Zandra Wiik from Västerås has been plagued with an eating disorder. Due to the pandemic, the past year has been extra difficult, as everyday life consisted of home studies and new routines. 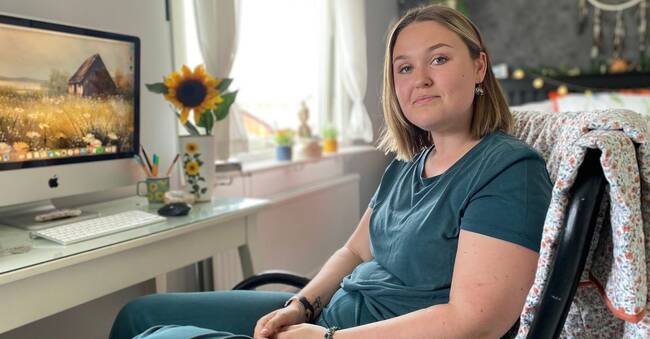 Zandra Wiik's eating disorder began to show when she dropped out of college.

When most of the time was spent at home, she began to turn to food.

Now, a few years later, Zandra is almost finished with another education at the university.

This spring, the focus has been on the degree project.

Severe during the pandemic

Not being able to meet friends as before and being isolated at home has made it more difficult to deal with the eating disorder.

Among other things, it has been more difficult to maintain food routines.

- The pandemic has benefited my eating disorder.

I turn to it when I am sad or anxious.

The food is what I can control and it has gotten worse with the insulation.

Before the pandemic, Zandra was often out with her friends and then the friends decided when to eat.

But she can not do it the same way now.

To get rid of the eating disorder and feel better, Zandra goes into therapy.

She tries to focus on her dreams and goals.

- To be able to finish school, I can not be hospitalized or have malnutrition.

I have to be focused and setting goals helps me a lot.

In the clip, Zandra Wiik talks about the challenges during the pandemic with the eating disorder.