Korean culture, or “K-pop,” has attracted Arab audiences in the last decade, through dramatic television series, comedies, and romances, as well as cartoons and songs. 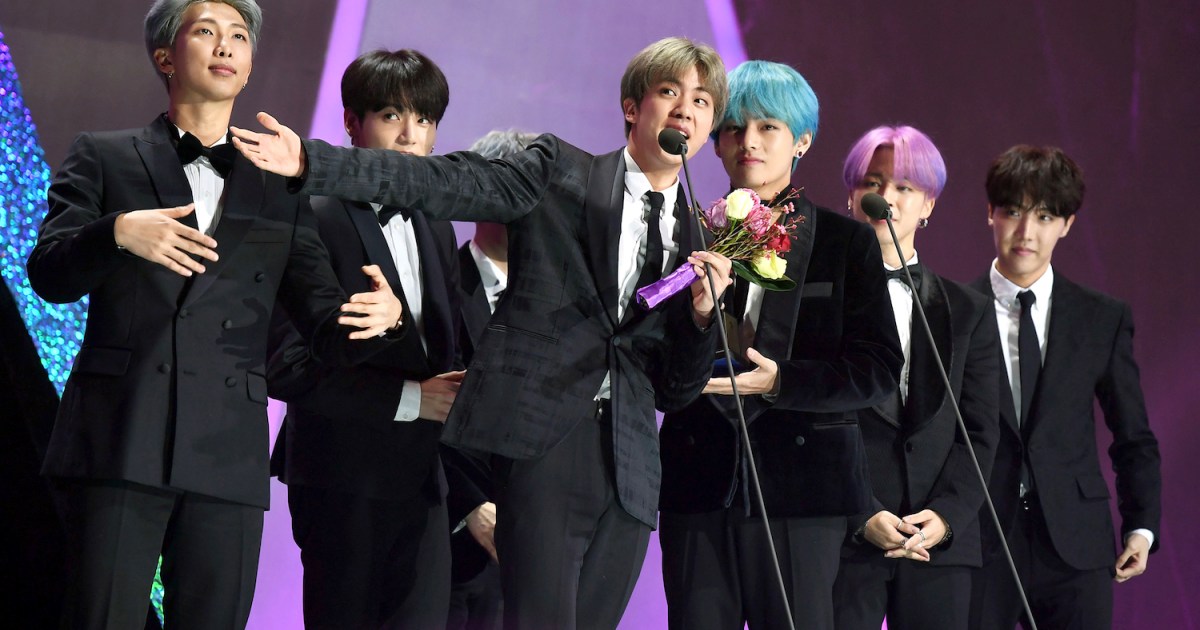 It seems that the Korean group "BTS" has decided to acquire the record book for YouTube, after it occupied the list of highest-watched before with its first English song "Dynamite", which exceeded a billion views less than a year ago, it achieved a record New after the presentation of her latest single "Butter", to confirm the popularity of the sweeping band around the world due to the madness that its fans entered after the release of the song, which reached 176 million views at the moment of writing these lines.

With the band’s second English-language song, BTS set its new record for the highest-viewed videos during the first 24 hours of the show, with 113 million views, and the previous record was also attributed to the band through the song “Dynamite”, reaching about 101 million views. On the first day.

In addition, the song set another record for the largest music video show on YouTube with 3.9 million concurrent viewers, and was ranked # 1 on iTunes within just two hours of its release.

BTS has already broken several records, beginning with the song "Boys With Luv", which received 74.6 million views on YouTube during its first day of the show.

"BTS" is a group consisting of 7 boys from South Korea, formed in 2010, and appeared for the first time in 2013, and originally its members belong to "hip-hop" music, but the group has evolved over time to include many other genres in its music, combining its songs Attention to personal and social problems that touch the lives of young people and adolescents of school age and adulthood, in addition to values ​​such as self-love, dealing with loss, individuality, and mental health.

Since 2013, the band has provided many albums and singles in Korean and Japanese languages, such as the album "Wings", which was the first to sell a million copies in South Korea. By 2017, the band's fame exited from the Asian continent to the global market, and the beginning was a cultural wave. South Korea sweeps the United States, broke many American records, and quickly became the first Korean group to receive a certification from the Recording Industry Association of America.

With time, the band launched many titles, including "the princes of pop", and appeared on the cover of "Time" magazine, and in the lists of the most influential celebrities in the world, and its members are among the attractions of foreign tourism in Korea, and one of those responsible for increasing music sales International, and of course throughout their long career they have received many awards and nominations;

9 of them are Billboard awards, before those for 2021, and they also participated in the “Love Myself” campaign in partnership with UNICEF. They are the youngest recipients of the Cultural Merit Medal from the President of South Korea.

Popular in the Arab world

Korean culture or "K-pop" (K-pop) has proven its ability to attract Arab recipients in the last decade, through dramatic television series, comedies and romance, as well as very famous cartoons, and recently songs, led by BTS, and previously. The language barrier has been overcome through songs translated into English, and recently, with the team's introduction of songs in English, this barrier has been permanently removed, because most of the team's fans are young people who are fluent in the English language and are familiar with foreign cultures.

And in 2019, one of the most important events for BTS was held in Saudi Arabia, with the attendance of about 60,000 spectators at King Fahd International Stadium, and the concert caused a sensation, and it was one of the important stops on the band's world tour.

Arab fans of the band created groups on social media, calling themselves "BTS Army", and competing to show their love for the band, and at the moment, with the latest songs of the band "Bater" being shown, there is a lot of Arab momentum about the song. Which they announced hours ago that it is the second consecutive day of highest listening time on "Spotify".

With the song's live performance at Billboard Music 2021, the song is expected to rapidly increase in popularity, establishing the most popular and popular Korean band around the world and becoming a new obsession for the 21st century.