The first UN official arrives in Gaza to inspect the damage .. Government offices open their doors today, and Abbas is discussing the truce with an Egyptian delegation

The first UN official arrived in the Gaza Strip to inspect the damage caused by the Israeli aggression, while government offices are expected to open their doors today for the first time since the ceasefire. 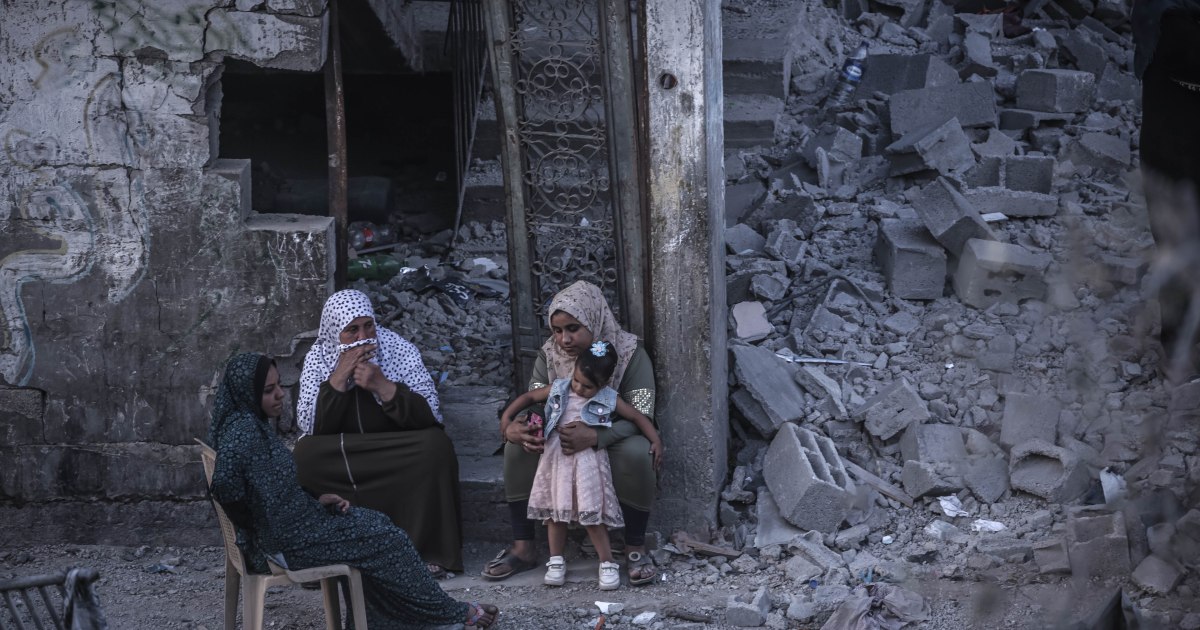 The first UN official arrived in the Gaza Strip to inspect the damage caused by the Israeli aggression, while government offices are expected to open their doors today for the first time since the ceasefire amid slow attempts to gradually return to normal life in the Strip.

The United Nations Humanitarian Coordinator for the Palestinian Territories, Lynn Hass Tengs, appealed to Israel and the Palestinian factions in Gaza to maintain the ceasefire to allow for an assessment of the extent of the devastation caused by the Israeli bombing.

During her visit to the Gaza Strip, Hass Tings spoke to a group of Palestinians who lost their homes and considered that the damage was not only to the infrastructure, but also to Palestinian families.

The United Nations said that about 17,000 residential or commercial units in the Gaza Strip were damaged or completely destroyed as a result of the Israeli bombing.

The French News Agency quoted an official in Gaza as saying that 2,000 housing units were completely destroyed during the bombing, while 15,000 units were partially damaged.

The agency quoted the United Nations as saying that 800 thousand people in Gaza do not have regular access to clean drinking water, and that about 50% of the water network in Gaza was destroyed during the recent fighting.

The United Nations stated that 53 educational institutions, six hospitals and eleven health centers were damaged as a result of the Israeli bombing.

Meanwhile, the Gaza Electricity Distribution Company called on the international community to urgently intervene in order to bring fuel through the Kerem Shalom crossing in quantities that would allow the station to operate to its full capacity, in addition to repairing the broken Israeli lines from inside the Green Line.

The company stated that its transmission network of electricity was subjected to widespread and unprecedented damage, estimated at millions of dollars in losses.

The spokesman for the Gaza Electricity Distribution Company, Muhammad Thabet, said that the electricity deficit in the Strip reached nearly 80% due to the recent Israeli bombing.

Thabet added in an interview with Al-Jazeera that the deficit affected vital facilities such as the health and water sectors.

Government offices in Gaza are preparing to reopen their doors

In the context, a spokesman for the local government in the Gaza Strip said yesterday, Saturday, that government offices will resume their work on Sunday, with the continuation of the ceasefire between Israel and the Palestinian resistance factions in the coastal strip.

Local government activities ceased when the Israeli airstrikes began on May 10.

The Israeli raids caused widespread destruction of residential buildings, towers, health facilities and other public buildings, which led to the cessation of daily life of more than two million inhabitants of the impoverished coastal strip.

The ceasefire came into effect since last Friday, ending 11 days of Israeli air strikes and Palestinian rocket fire, which left more than 240 people dead in Gaza, including 66 children, and 12 people were killed in Israel.

Abbas is discussing with an Egyptian delegation confirming the truce

On the other hand, Palestinian President Mahmoud Abbas discussed, on Saturday, with the Egyptian security delegation the latest developments related to the calm with Israel in the Gaza Strip, stopping what was described as Israeli provocations in occupied Jerusalem and the West Bank, in addition to coordinating regional and international efforts to rebuild the Gaza Strip, and arranging the Palestinian house. .

Yesterday, Saturday, the Egyptian delegation discussed in Gaza with the leadership of Hamas the developments of the cease-fire and the demands of the factions, which focused on the need to stop the Israeli provocations in Jerusalem and Al-Aqsa Mosque.

The Egyptian delegation also met with Israeli officials in Tel Aviv for the same purpose.

Regarding the results of the visit, Hussein Hamayel, a spokesman for Abbas's Fatah movement, said that the Egyptian delegation "briefed the (Palestinian) president on efforts to work for a ceasefire in Gaza and to confirm the cessation of the Israeli aggression on the Strip."

He added that the leadership "stressed the need for an Arab effort led by the Republic of Egypt with the international community to create a political path leading to an end to the Israeli occupation of the Palestinian lands."

In parallel with the efforts to stabilize the truce, the residents of the Gaza Strip are trying on Saturday to slowly return to their normal lives, despite the horrific destruction and rubble, after 11 days of continuous war.

The cafes reopened their doors and the fishermen returned to the sea, while the shopkeepers began cleaning their shops from the rubble and dust accumulated by the bombing.

On Saturday, the local authorities began distributing tents, mattresses and food aid to residents who lost their homes due to the bombing.

For the first time since the war, families in Gaza City left their homes and went to cafes overlooking the sea.

In the Rimal neighborhood of Gaza, near a ten-story tower that an Israeli strike turned to rubble, dust covered the exhibits in shops.

"The dust is everywhere. The dust of the Israeli bombs covered the clothes completely. We will not be able to sell these goods," said Bilal Mansour, 29, a clothes seller.

In another store nearby, Wael Al-Shurafa stood inspecting the damage in his shop, which was filled with shards of glass.

"Everything is lost," he said with a sigh, "I lost about 250 thousand dollars in goods. Who will pay for all this? Who?"

For Ahmed al-Khatib, who entered his store for the first time since May 10, the date the war began, the losses doubled due to the lack of sales during the Eid al-Fitr season.

"Unfortunately, we lost the Eid season, lost goods, and everything is destroyed. Even the shops near us have been damaged. We thank God that we are still alive," he added.

The Israeli artillery and air strikes on the Gaza Strip killed 248 people, including 66 children and fighters, according to the authorities in the Gaza Strip.

While 12 people, including two children and a soldier on the Israeli side, were killed by rockets fired from the Gaza Strip, according to the Israeli police.