Joe Biden pressures Benjamin Netanyahu for a ceasefire in Gaza

Israeli Prime Minister Benjamin Netanyahu said today that he does not have a scheduled deadline to end the current military operation in Gaza, while the exchange of ... 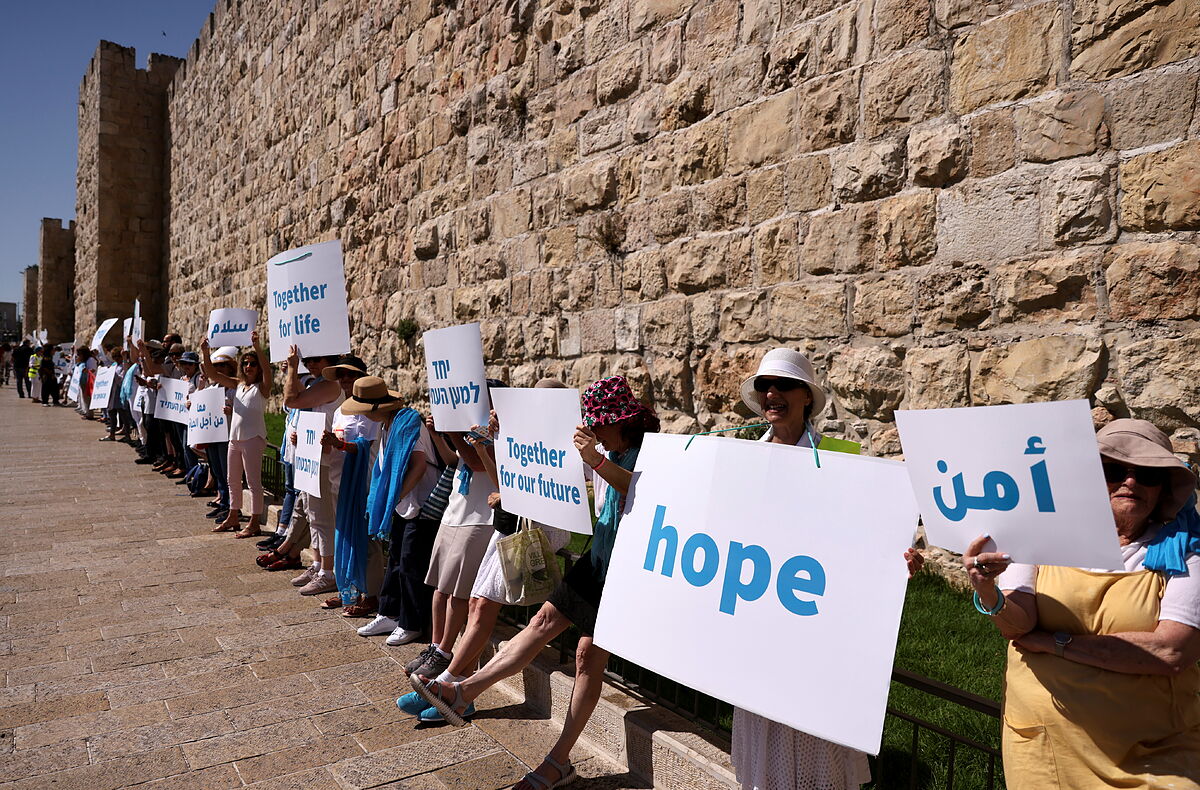 Israeli Prime Minister Benjamin Netanyahu said today that he does not have a deadline to end the current military operation in Gaza, while continuing the exchange of fire with the Palestinian militias and after

rumors yesterday about a possible ceasefire

mediated by Egypt. In statements to journalists, the head of Government assured that Israel is not "on a timer" nor does it have a defined time frame to end the escalation of war with the enclave, which today entered its tenth day, reported the digital

Netanyahu met today with dozens of foreign ambassadors and assured that

"Israel did everything it could"

to prevent the wave of violence, referring to decisions by the Police to calm tensions with the Palestinians in East Jerusalem or the postponement of the judicial decision. on the eviction of Palestinian families in the Seij Yarrah neighborhood, triggers for the escalation with Gaza.

"We are trying to maximize" the operation to restore "tranquility and the period of calm that Israel can win," the prime minister said in reference to the air strikes against militia targets of the Islamist groups Hamas and Islamic Jihad. To achieve this goal, he said, "there are two ways to do it: to

conquer (Gaza), and that is always a possibility

, or to be able to dissuade them" from attacking Israeli territory. "We are now immersed in (applying) a strong deterrent, but we do not rule out anything," he warned in relation to a possible ground incursion into the enclave, something that has not occurred so far.

The prime minister's meeting with dozens of diplomats comes after

for the parties to reach a truce that has yet to materialize. In turn, Israeli media reported yesterday on a possible Egyptian-mediated ceasefire that would take effect on Thursday morning, although Netanyahu made no mention of that possibility today. According to him, in any attack on Gaza, the Army intelligence bodies try to "avoid collateral damage" and civilian casualties. "If democracies around the world attack Israel for it instead of Hamas, they will act clumsily and irresponsibly" and will reward "terrorism," he added on his social media.

The president of the United States,

Since the outbreak of the escalation on May 10,

the Gaza Strip militias have launched at least 3,750 rockets towards Israel

The Army, for its part, has responded with more than a thousand attacks on targets in the coastal enclave.

So far, the violence has resulted in

219 Palestinian victims in Gaza, including 63 minors

, and 12 dead in Israel, also including two minors.

Middle East "Hamas will attack us at 18:00, although yesterday they went ahead"