Its development stages, capabilities, and techniques for deceiving the Iron Dome .. 7 questions and its answers about Al-Qassam Brigades missiles

For 15 years, Gaza has been under a stifling blockade from the sea, land and air. Before that, it was suffering from a lack of financial resources, materials and minerals necessary for the manufacture of weapons. 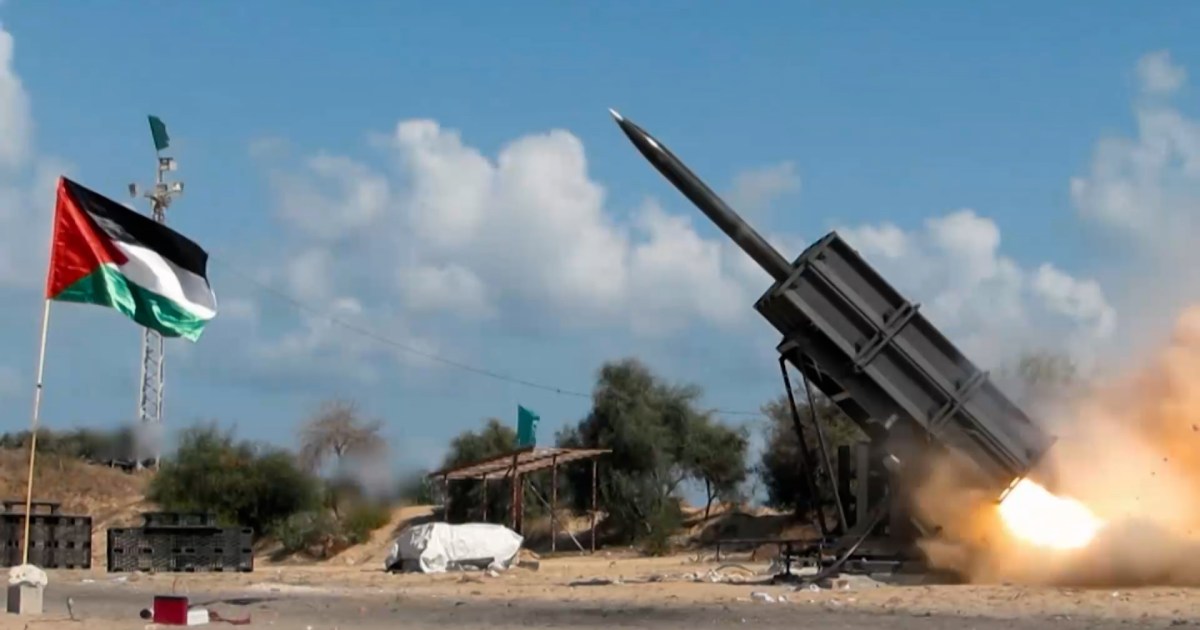 For 15 years, Gaza has been under a stifling blockade from the sea, land and air. Before that, it was suffering from a lack of financial resources, materials and minerals necessary for the manufacture of weapons.

However, the resistance factions in Gaza appear at every date of the confrontation that they possess surprising deterrent tools, and do not wait to prove their capabilities to inflict harm on Israel, the militarily strongest country in the Middle East.

And through a previous investigation of the program "What is hidden is greater" and information obtained by Al-Jazeera, it is possible to answer 7 questions related to the military arsenal of the Palestinian resistance in the Gaza Strip ...

When did the resistance use missiles in its operations against the occupation?

In 2001, the Al-Qassam Brigades unveiled its first missile and launched it towards the city of Sderot, and its range at that time did not exceed 3 kilometers, with a very small explosive head.

What are the most prominent stages of developing Qassam missiles?

In the 2008 war, the Qassam Brigades used "Qassam 3" missiles, which reached areas within 17 kilometers, that is, the Gaza envelope.

In 2012, Al-Qassam Brigades responded to the assassination of one of its most prominent leaders, Ahmed Al-Jabari, by targeting Tel Aviv and Jerusalem, and introduced a new "M75" missile, which had a range of 80 kilometers.

How did the resistance overcome the lack of manufacturing materials and continue to develop its weapons?

In the face of intensifying the suffocating siege and cutting off supply lines, the Resistance was able to implement specific projects.

Among these projects is a project by the Qassam Brigades to collect remnants of Israeli shells and bombs that did not explode during the 2014 war, and to manufacture missiles from them.

Those shells were in the thousands, and the missiles manufactured from those waste were used for the first time in the May 2019 escalation, causing deaths and injuries among Israelis.

In another qualitative project, the factions succeeded in gaining access to long and huge metal pipelines to carry water through which Israel was stealing groundwater from Gaza.

This discovery was in 2017, and it enabled the resistance to provide sufficient minerals for the missile industry.

Through a complex security operation, the frog unit in Al-Qassam managed to reach the wreckage of two British destroyers that have been submerged in the Gaza Sea since the First World War, and the munitions stored in them formed a new and qualitative source for forming missile warheads and increasing their destructive power, to solve the dilemma of mineral scarcity.

Where and how are missile tests conducted?

At a time of calm, the Gaza sea will be a field for experiments.

And it became clear from the current round of escalation that the Qassam Brigades had developed qualitative missiles that reached for the first time vital areas in the depth of Israel, Tel Aviv and even Ramon Airport, 220 kilometers from Gaza, and followed the missile dumping tactic to disrupt the Iron Dome, using advanced launchers designed to operate from underground tunnels. To be out of the eyes of Israeli targeting.

What is the size of the destructive power of the resistance missiles?

The rockets launched from the besieged Gaza are now able to hit farther-range areas with greater intensity and destructive force.

This is an exception that takes the current confrontation with the occupation out of any possible comparison with what preceded it in terms of firepower.

The missiles may not look new in terms of their basic design, but they have a longer range and greater explosive payload.

And the Qassam Brigades introduced into service the Ayyash missiles, which have a high destructive capacity, and have a range of 250 km.

It also used the A120 missiles, which carry warheads, and have a range of more than 120 km.

What about the technology of misleading defenses and the cost of dissent?

The "Jabari 80" missile - the OG-80 - and the fourth generation Qassam missiles possesses a technology to deceive Iron Dome, which Israel boasts of its ability to intercept rockets and ward off any danger to the Israelis.

According to a spokesman for the occupation army, the Palestinian resistance launched so far 3300 from Gaza on Israel.

In addition to its panic and losses on the other side, intercepting it is a very complex and expensive issue, as intercepting Iron Dome missiles cost - according to the Israeli Jerusalem Post - much more than the ones that shoot them down, and the issue of interception itself is difficult by the tactic of massive missile strikes.

How many missiles does the Palestinian resistance possess?

There is no conclusive information to answer this question, but Hamas leaders confirmed the ability of the Qassam to continue firing rockets every day for more than 6 months, and confirmed that it was well prepared for the current battle.

In a briefing to the American media, the spokesman for the Israeli occupation army said that Hamas and Islamic Jihad have more than 12 thousand rockets in different places.

It is difficult to completely destroy it, he added.

As for the spokesman, if Hamas wanted to continue targeting Israel, it would have the missile reserves it needed to do so.