Gansu makes it clear that farmers settle in cities: not to withdraw from contracted land, forest land, etc. as a condition

Chinanews, Linxia, ​​Gansu, May 19 (Ai Qinglong) On the 19th, the Gansu Province relocation follow-up support work site will be held in Linxia Prefecture. Cheng Xiaobo, a member of the party group of the Gansu Provincial Government and deputy governor, stated that for resettlement in cities through relocation for poverty alleviation, the original rights and interests of the relocated villagers’ 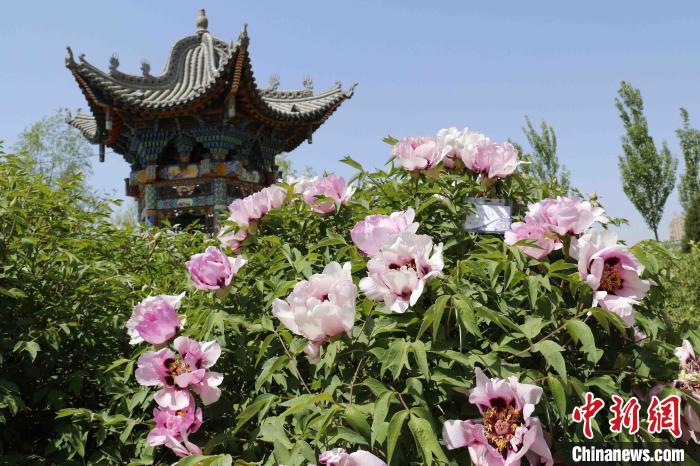 Chinanews, Linxia, ​​Gansu, May 19 (Ai Qinglong) On the 19th, the Gansu Province relocation follow-up support work site will be held in Linxia Prefecture.

Cheng Xiaobo, a member of the party group of the Gansu Provincial Government and deputy governor, stated that for resettlement in cities through relocation for poverty alleviation, the original rights and interests of the relocated villagers’ "three pieces of land" (cultivated land, grassland, and woodland) must be maintained, and the Forest land is used as a condition for farmers to settle down in cities.

Gansu is located at the intersection of the Loess Plateau, Qinghai-Tibet Plateau and Inner Mongolia Plateau.

By 2020, all poverty-stricken counties in Gansu will take their hats and withdraw.

The relocation of 114,000 households and 499,000 impoverished people with registered cards has been completed, and the infrastructure and public service facilities in the resettlement area have been basically completed.

“The relocated villagers come from different villages and different regions in all directions, and their production and lifestyles have changed from scattered living to concentrated living. There are more or less differences in cultural customs and living habits.” Cheng Xiaobo admitted that the industrial development has changed from single planting and breeding in the past to large-scale farming. , The transformation of intensive modern agricultural methods, the contradiction between the supply and demand of basic public services such as education and medical care, pension assistance, social security transfer, employment positions, and community governance is also more prominent.

The picture shows the peony in Linxia, ​​Gansu.

"Employment is the biggest livelihood of the people. If relocated families have employment, they will have sources of income, and there will be no major problems in their basic living." Cheng Xiaobo said that among the 114,000 relocated villagers in Gansu that have been lifted out of poverty, about 106,000 are able to work. Some villagers have a strong desire for employment, and their ability to escape poverty steadily is closely related to the quality of the employment environment and situation.

Combining agricultural and rural reforms, Gansu revitalizes the land resources of the relocated villagers, encourages and supports farmer cooperatives, leading enterprises, platform companies, etc. to carry out circulation and development, improves the benefit distribution mechanism, prevents land abandonment, idleness and waste, and allows the relocated land Resources continue to be a stable source of income for the relocated villagers.

When interpreting the above policies, Cheng Xiaobo emphasized that withdrawal from contracted land and forest land should not be used as a condition for farmers to settle in cities.

In terms of the construction of poverty alleviation workshops, Gansu has also promoted the transformation and upgrading of rural employment factories to attract relocated villagers to find nearby employment.

The meeting revealed that in the process of rural revitalization, Gansu will, in accordance with the principle of "what is missing, make up what", and according to the living needs of the relocated villagers and residents of the original residence, coordinate various types of financial support to further improve water, electricity, roads, and networks Infrastructure, gas, heating and other infrastructure, improve education, medical, pension and other public service facilities, accelerate the improvement of convenience supermarkets, community pharmacies, financial outlets, express outlets, bus stations and other facilities, and improve the level of convenience in life.