The Dubai Criminal Court began the trial of a gang consisting of five accused, who stole 253 thousand dirhams under duress from a company, after three of them impersonated policemen and stormed the company's headquarters, and forced one of its employees to open the iron safe and stole the money, in collusion with the two accused 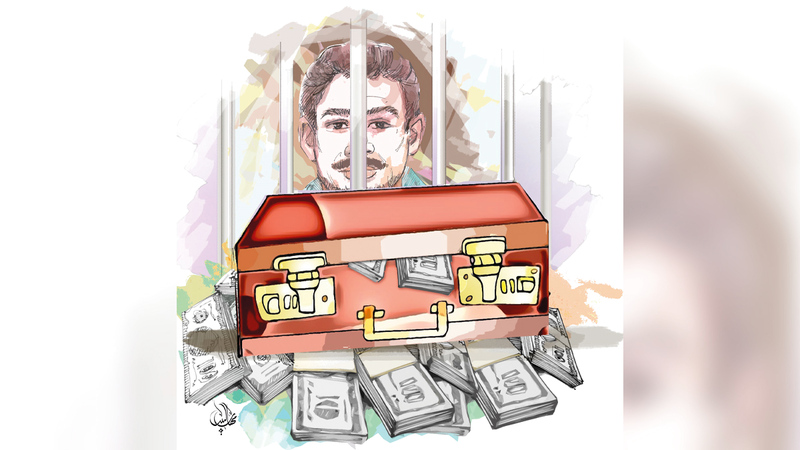 The Dubai Criminal Court began the trial of a gang consisting of five defendants, who stole 253 thousand dirhams under duress from a company, after three of them impersonated policemen and stormed the company's headquarters, forcing one of its employees to open the iron safe and stole the money, in collusion with other accused working as employees In the company itself, they instructed the thieves where the money was and how to steal it, and even played the role of the victim during the execution of the crime.

The victim said in the investigations of the Public Prosecution that he was at the company’s headquarters in the Fereej Al Marar area, accompanied by four employees. He was surprised by three people who came to the company’s headquarters wearing national uniforms, wearing masks on their faces and wearing gloves, and claiming that they were detectives without showing their identities. Or what proves that they are from the police.

He added that the defendants began searching the company until they found an iron treasury, and then they asked him to hand over the key, but he claimed that it was not in his possession, then two of them severely beat him and punched him in the face, while the third stood at the door of the company watching the place, then they searched it and stumbled upon it. Then they stole the amount of 253 thousand and 500 dirhams from the revenues of the place, then they left and closed the door of the company from the outside for the victim and his colleagues, so the latter used a spare key and went out and informed the police.

For his part, a Dubai police witness said that he moved to the crime scene, reviewed the recordings of the surveillance cameras at the headquarters of a neighboring company, and saw three people break into the headquarters of the victim's company. Three days after the incident, one of them was found in possession of a sum of money.

The witness added that the first accused in the incident admitted, in the police inference report, that the second accused told him of his plan to steal that company, as it was being used as a drug dealing den. Then they stole the money that was in the treasury.

He pointed out that the fourth and fifth defendants in the case work as employees of the company that was theft, and they conspired with the other accused in carrying out the crime, and when the three thieves stormed the place, they asked the employees, including the two accused conspirators, to stand against the wall so that the deception would deceive their colleagues and remove suspicions from them. Then, they stole the money and distributed it among them later according to the size of their respective roles.