The Covid-19 pandemic plunged the African continent into an unprecedented recession last year. African countries need to finance their recovery, but unlike the great powers ... 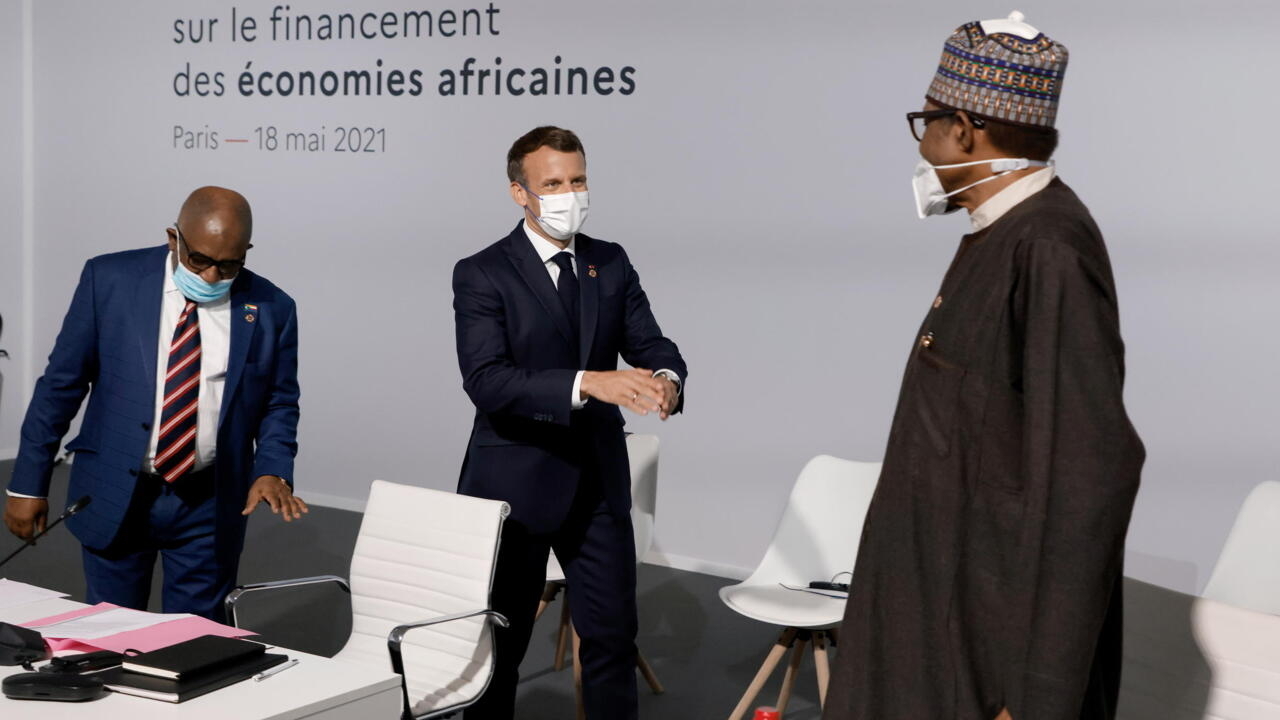 The French president, host of the Paris summit on the financing of African economies, greets the president of the Comoros Azali Assoumani (on the left) and the Nigerian president Muhammadu Buhari, on May 18, 2021. REUTERS - POOL

The Covid-19 pandemic plunged the African continent into an unprecedented recession last year.

African countries need to finance their recovery, but unlike the great powers, they do not have the same capacities.

The Paris summit devoted to the revival of these fragile economies, the question of their debt and the health crisis ended this Tuesday evening.

The press conference started a little before 8:30 p.m., after more than five hours of plenary. Emmanuel Macron was the first to speak. The French president returned to the objectives of this summit: to provide short-term responses and to launch the dynamics to launch the “New Deal” for Africa. The ambition was to raise $ 100 billion, he promises to achieve it. "

We have managed to move forward,

" insisted Emmanuel Macron even though he recognizes that everything cannot be changed overnight.

We are ready to reallocate the special drawing rights of which France will be the depositary, in such a way as to constitute a funding round which amounts to at least 100 billion for Africa.

That is to say, we need to more than triple the natural envelope of Africa on the occasion of this SDR broadcast.

So our job in the coming weeks will be to convince others to make the same level of effort as France, starting with the United States of America [...] I am confident [...] This supposes a massive reallocation on the part of all the richest countries.

France will be at this meeting

Emmanuel Macron: "commitment made to go towards 100 billion SDR" to Africa

To read also: Paris Summit: avoid the dropout of Africa

The summit confirmed the issuance of special drawing rights, the famous SDRs, to the tune of $ 33 billion for Africa, including $ 24 billion for sub-Saharan Africa.

" and all the participants agree on this observation.

Work will therefore be launched in the coming weeks: technical work which should lead to a political agreement between June and October.

Among the avenues mentioned: the reallocation of special drawing rights from the richest countries to those in need.

France has already said it is ready for this.

Sometimes abusively considered as the IMF's currency, the SDRs are in fact a sort of check convertible into dollars, distributed in proportion to the specific weight of the countries and their contribution to IMF resources.

These allowances are exceptional.

The IMF has used it four times in its history.

The last time, in the aftermath of the 2008 financial crisis.

To read also: "The Paris summit aims to launch an international dynamic"

Participants at the conference, which brought together around thirty African and European leaders, as well as major international economic organizations, pledged to help the continent in terms of health. "

We support technology transfers and work that has been requested from the World Health Organization, the World Trade Organization and the Medicines Patent Pool

(supported by the UN, editor's note)

to lift all constraints in terms of intellectual property that block the production of any type of vaccine whatsoever,

”the French president told reporters after the conference.

Emmanuel Macron underlined that the participants had decided on a "

financing from the World Bank

Given the time needed to launch these productions, Emmanuel Macron explained that in the short term the summit participants had agreed to "

push the ambition of Covax

(organization for the distribution of vaccines to poor countries) from 20%

to 40% of people vaccinated in Africa

He warned of the risk of developing "

The President of the Democratic Republic of Congo (DRC), Félix Tshisekedi, who holds the rotating presidency of the African Union, stressed that the challenge was also to convince the populations, by countering the "

Africa is a relatively spared continent in terms of health, with 130,000 deaths from Covid-19, according to official figures, out of a global total of nearly 3.4 million.

But it pays a very heavy economic and social price, for lack of having been able, like the richest countries, to launch pharaonic recovery plans.

The summit devoted to the rescue of African economies is an attempt to reposition France in Africa.

With, observes the researcher Roland Marchal, a gradual shift of diplomacy and French companies towards the east of the continent, including Sudan.

Interview with the CNRS researcher seconded to Céri-Sciences Po.

Roland Marchal: "from a geopolitical point of view, Sudan is significant for French interests"