Recently, there have been several reports that IVA numbers in Sweden are declining. The same applies to Östergötland - albeit slowly. - We have been very hard hit in Östergötland, says Jessica Frisk who is director of care at Region Östergötland. 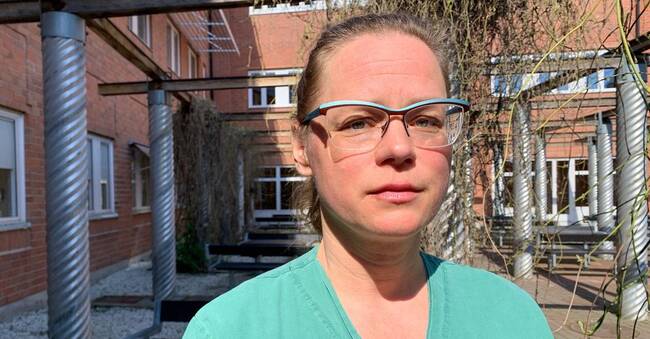 On Monday, just over 290 were treated with confirmed covid-19 at IVA in Sweden - which is a decrease of 24 percent in the past week.

- What we see in Östergötland is that we were one of the first to enter the pandemic and we also seem to be one of the last out.

I think we are later than many of the other regions, says Jessica Frisk to SVT Nyheter Öst.

In the Swedish Intensive Care Register's statistics, one can clearly see a reduction in the need for IVA care nationally.

One million Swedes were vaccinated

During the day came the news that over a million Swedes are now fully vaccinated.

In Östergötland alone, the number is 60,878 - but despite that, there are new patients who need hospital care for covid-19 at the county's hospital.

- Among the oldest population who have had time to get both syringes, we definitely see a decrease, but there are still individuals who become ill after syringe one and in some cases even after syringe two.

But we clearly see a positive effect of the vaccination.

Reasonably, given the vaccination rate, we should succeed in pushing this down, says Jessica Frisk.

Hear her tell more in the clip.