Tour of Italy: Bernal-Evenepoel, the youth in power - France 24

Tour of Italy: Bernal-Evenepoel, the youth in power Foligno (Italy) (AFP) The youth have conquered the power in the Giro d'Italia whose first three places, at the time of the day of rest Tuesday in Foligno, are confiscated by runners of 25 years or less, like the pink jersey of the Colombian Egan Bernal. With the approach of the halfway point, the Giro looks more and more like a duel between Egan Bernal (24 years old) and Remco Evenepoel (21 year 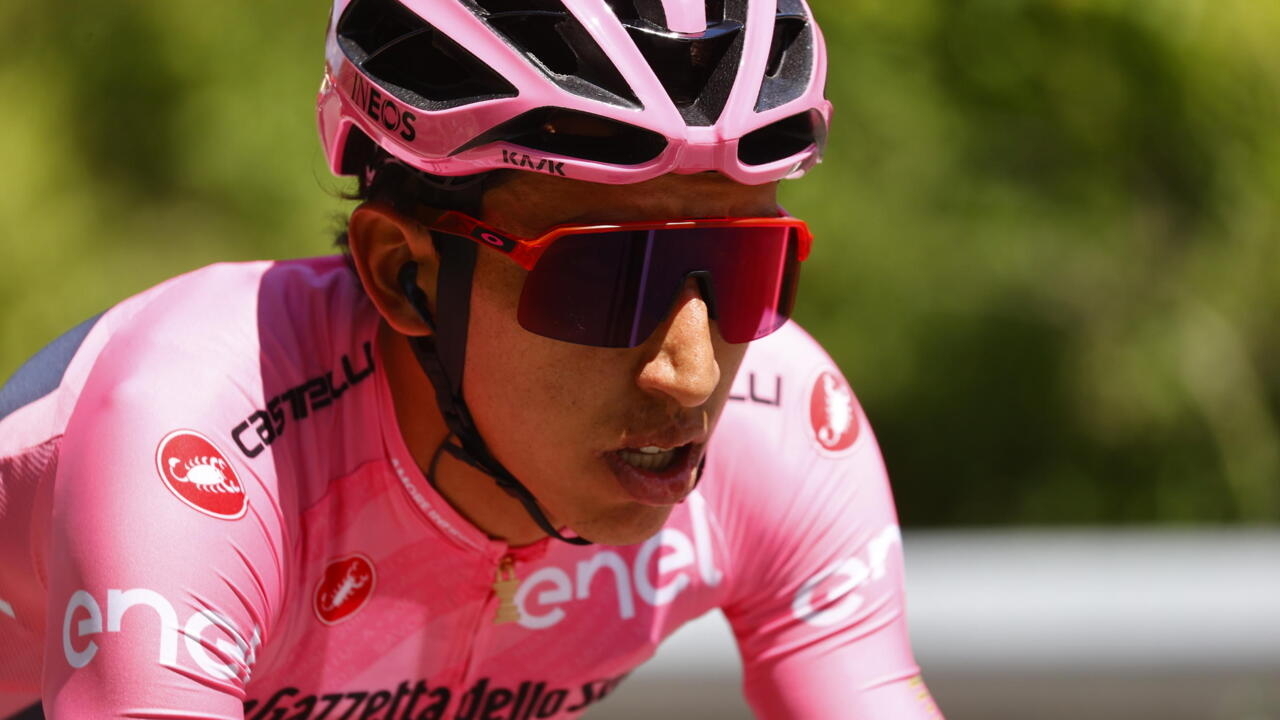 The youth have conquered the power in the Giro d'Italia whose first three places, at the time of the day of rest Tuesday in Foligno, are confiscated by runners of 25 years or less, like the pink jersey of the Colombian Egan Bernal.

With the approach of the halfway point, the Giro looks more and more like a duel between Egan Bernal (24 years old) and Remco Evenepoel (21 years old), the Belgian phenomenon who comes out of nine months without competition.

Even if the Russian Aleksandr Vlasov (25), third, is only a handful of seconds behind.

"All the riders who are less than a minute away are still in contention for the victory", relativizes Bernal who therefore includes candidates (Vlasov, Ciccone, Carthy, S. Yates) so far behind but in a position to profit of the duel between the first two if Bernal and Evenepoel wereted their strength as they started to do on Monday during an intermediate sprint.

In the match, Bernal took the first leg away from Campo Felice on Sunday when they reached the top on gravel.

Less clearly, however, than suggested by his final tumble, since the Belgian, poorly placed at the start of the gravel sector, was timed at the same time as the Colombian.

Between the two, the gap is thin, 14 seconds, before the key stage on Wednesday, between Perugia and Montalcino, with 35 treacherous kilometers of "sterrati", the dirt roads of Tuscany.

Bernal, who had shown himself very comfortable at the beginning of March, on similar paths in the Strade Bianche (3rd), displays a modesty of good quality: "If I don't waste time, I would be happy. "

- "More than reassuring" for Evenepoel -

The Colombian, at the head of an Ineos team which has shown its strength despite the abandonment of Russian Pavel Sivakov, is also planning on the following meetings, the major mountain stages to come.

With the objective of increasing its lead over its rival, an imperative condition before the final time trial of the 21st stage, on May 30 in Milan.

Questioned Tuesday morning, Bernal set the safety margin at 1 minute and a half, "to be comfortable".

"One minute would be at the limit," said the winner of the Tour de France 2019, admitting to having been surprised by the resounding return of Evenepoel, the milestone of the first ten days of the Giro.

For his debut in a Grand Tour, the Belgian responded without delay.

He took the upper hand in his own Deceuninck formation over the Portuguese Joao Almeida (4th in the Giro 2020).

Above all, he displayed impressive power, coupled with overwhelming self-confidence.

Its trainer Koen Pelgrim evokes a level "more than reassuring" after ten stages and relativizes the small gaps created by Bernal, advantaged each time by a more explosive final.

"The longer the effort, the better it is for Remco", he recalled in the Belgian newspaper Het Nieuwsblad before commenting on the chances of victory of his protégé against Bernal: "Hope is still allowed. "

For the two riders, the same unknowns remain, which will continue until the end of the race.

The back for Bernal, whose last season was marred by recurring pain.

The duration of the Giro for Evenepoel, which has never exceeded so far ... seven days of racing (Tour de San Juan).

A reason for concern?

Not really, according to Pelgrim: "It will be the first time in his career. But we have a lot of signals that his condition is good. It gives hope that it will be better than expected in the third week."