The outcome of the West Bank confrontations: a martyr, 97 wounded, and armed men leading a victory march for Gaza

Yesterday, Monday, a Palestinian was killed and 97 wounded as a result of the continuous Israeli aggression in the occupied West Bank, according to a statement by the Palestine Red Crescent Society. 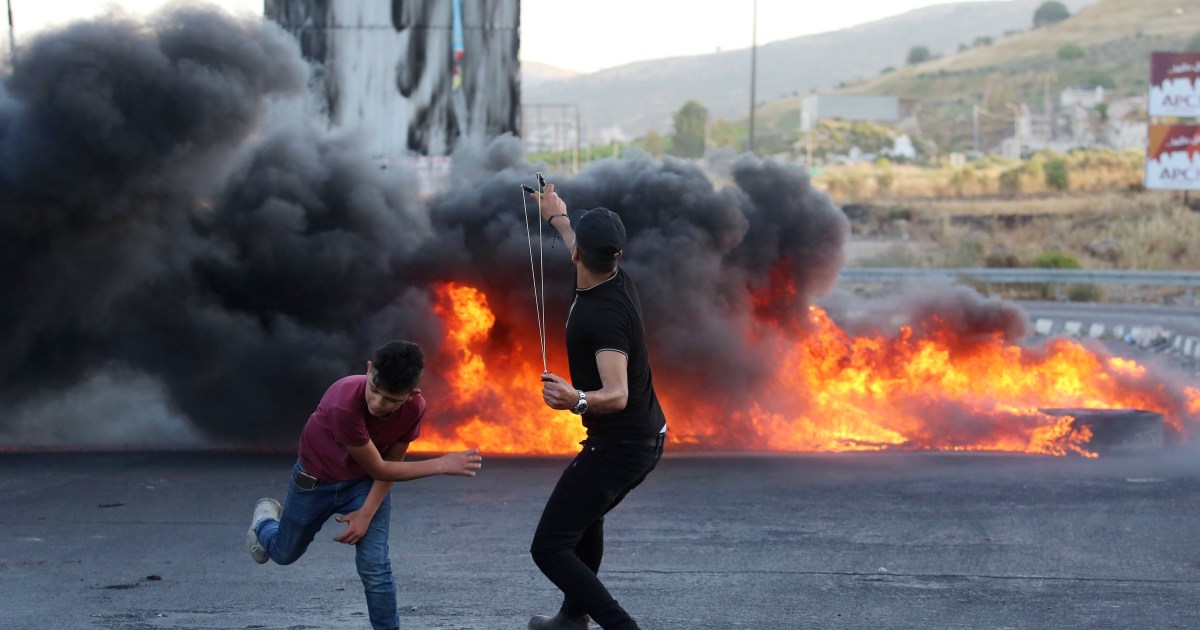 Yesterday, Monday, a Palestinian was killed and 97 wounded as a result of the continuous Israeli aggression in the occupied West Bank, according to a statement by the Palestine Red Crescent Society.

The association stated that the injuries occurred during clashes between Palestinians and the Israeli army in the cities of Bethlehem and Hebron and the Hawara checkpoint near the city of Nablus and the town of Ni'lin, west of Ramallah.

Earlier, the Palestinian Ministry of Health reported that a citizen was killed by bullets from the occupation army during clashes that erupted yesterday, in Al-Aroub refugee camp in the Hebron governorate.

Eyewitnesses said that the martyr is Ubaidah Akram Jawabreh (18 years), bringing the number of martyrs in the West Bank to 22, since May 7.

In a related context, masked gunmen participated in a march that started in front of Al-Amari camp in Ramallah, in the central West Bank, and fired shots in the air, amid chants denouncing the Israeli crimes.

This is the first time that armed elements have participated in marches in the West Bank since 2005, and they roamed a number of Ramallah streets, and the militants chanted slogans calling for the reactivation of armed resistance in the West Bank.

Palestinian President Mahmoud Abbas announced more than once that he would not allow the return of the armed uprising, calling for the activation of peaceful popular resistance.

Since Abbas assumed the presidency in 2005, he announced the dissolution of the Al Aqsa Martyrs Brigades - the military arm of the Fatah movement - and since then the Palestinian security services have prevented any factional military demonstrations, but some groups have kept their weapons, especially inside the refugee camps, and none of these groups participated in any marches outside Camps since then.

In the city of Dawar, in the south of the West Bank, a march was organized in which hundreds of Palestinians waved Palestinian flags, amid chants condemning the Israeli crimes and in support of the resistance, while hundreds of women in the city of Nablus also organized a march that roamed several streets in support of the resistance factions and condemning the Israeli crimes.

Since last April, the situation in the Palestinian territories has exploded as a result of brutal attacks committed by the Israeli police and settlers in Jerusalem, Al-Aqsa Mosque and its environs, and the Sheikh Jarrah neighborhood, following Israeli efforts to evacuate 12 Palestinian homes and hand them over to settlers.

According to the Palestinian Ministry of Health in Gaza, the number of victims of the Israeli aggression on Gaza has increased since May 10 to 212, including 61 children and 36 women, and about 1,400 people were wounded.