In Paris, a summit to avoid the economic stalling of Africa - France 24

In Paris, a summit to avoid the economic stalling of Africa Paris (AFP) Thirty African and European leaders are meeting Tuesday in Paris with the major international economic organizations, to try to avoid a financial, economic and social stall in Africa after the pandemic. Africa is a relatively spared continent in terms of health, with only 130,000 deaths from Covid-19, according to official figures, out of a global total of nearly 3.4 million deaths. 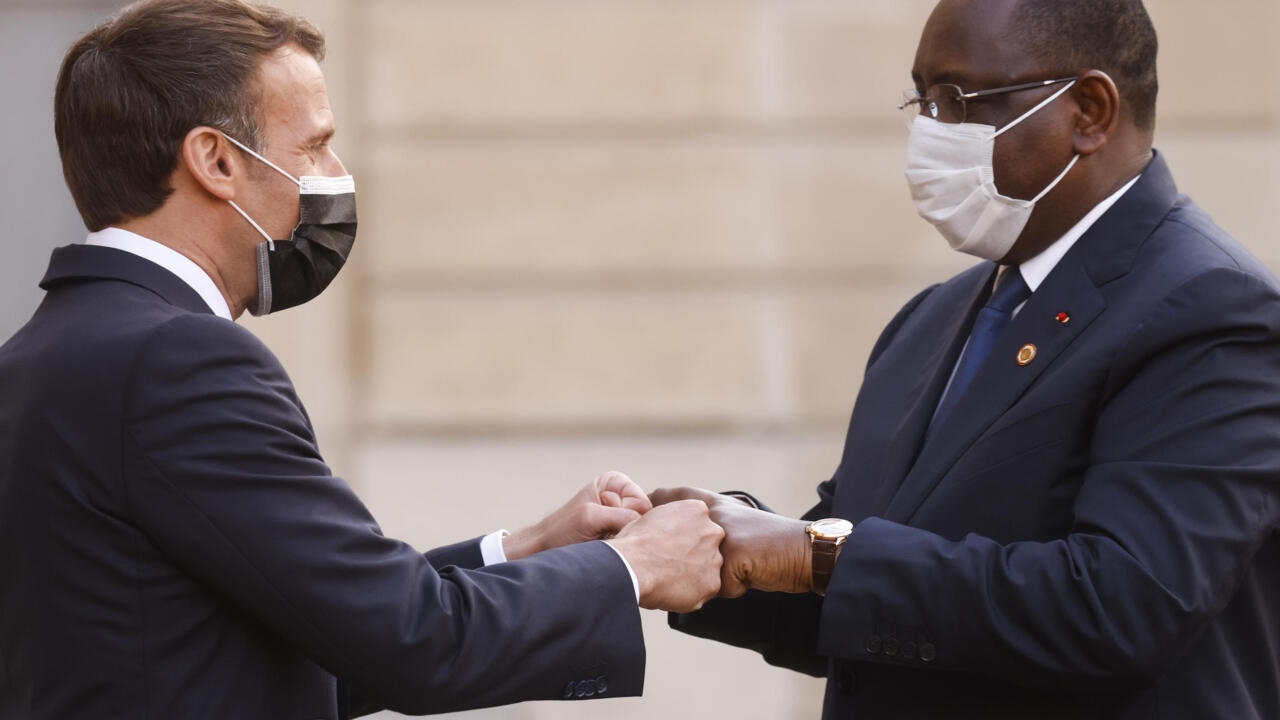 Thirty African and European leaders are meeting Tuesday in Paris with the major international economic organizations, to try to avoid a financial, economic and social stall in Africa after the pandemic.

Africa is a relatively spared continent in terms of health, with only 130,000 deaths from Covid-19, according to official figures, out of a global total of nearly 3.4 million deaths.

But it is coming out financially bloodless, just when it should invest massively to eradicate poverty, develop infrastructure, face climate change and the jihadist threat.

The Paris meeting, which begins at 1:00 p.m. (11:00 GMT), under the leadership of President Emmanuel Macron, will be devoted to the burden of the public debt, but also to support the private sector.

It will end with a joint press conference with the President of the Democratic Republic of Congo Félix Tshisekedi, head of the African Union, the President of Senegal Macky Sall and the Managing Director of the International Monetary Fund (IMF) Kristalina Georgieva.

The idea for this "Summit on Financing African Economies" sprouted in the fall, when the IMF estimated Africa's unmet financing needs at $ 290 billion by 2023.

Certainly, the continent's economy, which experienced its first recession in half a century last year due to the pandemic, is expected to rebound by 3.4% in 2021 and 4% in 2022.

And a moratorium put in place in April 2020 has given some air to the most indebted African countries.

But that will not be enough.

Public debts are exploding and in 2021, 39 million Africans could fall into extreme poverty, according to the African Development Bank (AfDB).

While developed countries spend lavishly, Africa "does not have the financial means today to revive its economy," French Minister of Economy Bruno Le Maire said on RFI on Tuesday.

He warned against the risk of "a great economic divergence between the African continent which would set off again, while the United States, Europe and Asia would set off strong".

However, African states also need money to finance the fight against terrorism, while "the epicenter of terrorism has moved from the Middle East to Africa".

A bilateral meeting between the French president and that of Mozambique is also scheduled on the sidelines of the summit Tuesday morning, to address in particular the situation in the north of the country, struggling with a jihadist guerrilla.

To help African countries without increasing their debt, one idea is to resort to special drawing rights (SDRs), in a way the IMF printing press.

These SDRs can be converted into foreign currency by countries and spent, without creating debt.

If the principle of a global issue of SDRs of 650 billion dollars is acquired, it remains to be seen what will be allocated to African countries.

Indeed, these SDRs are distributed according to the quotas of each country in the IMF: the largest therefore goes to the richest countries.

On paper, Africa would only benefit from $ 34 billion.

Hence the discussion which will begin on a reallocation by the developed countries of their precious SDRs to the poorest countries, in addition to the debates on a restructuring of existing debts.

Not to mention the various aid plans, bilateral or multilateral, orchestrated by international organizations, subject to reform.

The IMF, for example, has confirmed the provision of 240 million dollars in additional resources to Togo, according to the president of the country.

"The summit aims to lay the foundations for a new cycle of growth in Africa," Faure Gnassingbé said on Tuesday, calling, however, not to focus only on public aid.

According to him, "support for the African private sector" will be decisive, for a continent which aspires to depart from the logic of assistance but which still stumbles on investor mistrust.