MotoGP: Quartararo and Zarco or the French motorcycle finally back to the sky - France 24

MotoGP: Quartararo and Zarco or the French motorcycle finally back to the sky Le Mans (AFP) After many years of absence at the highest level, French motorcycle riders are now used to finding themselves on the podium and can claim to win, for the first time in history, the MotoGP World Championship. Until Fabio Quartararo's first victory in early 2020 in the premier motorcycle category, it only took three fingers to count the French victories at this level: Pierre Monneret 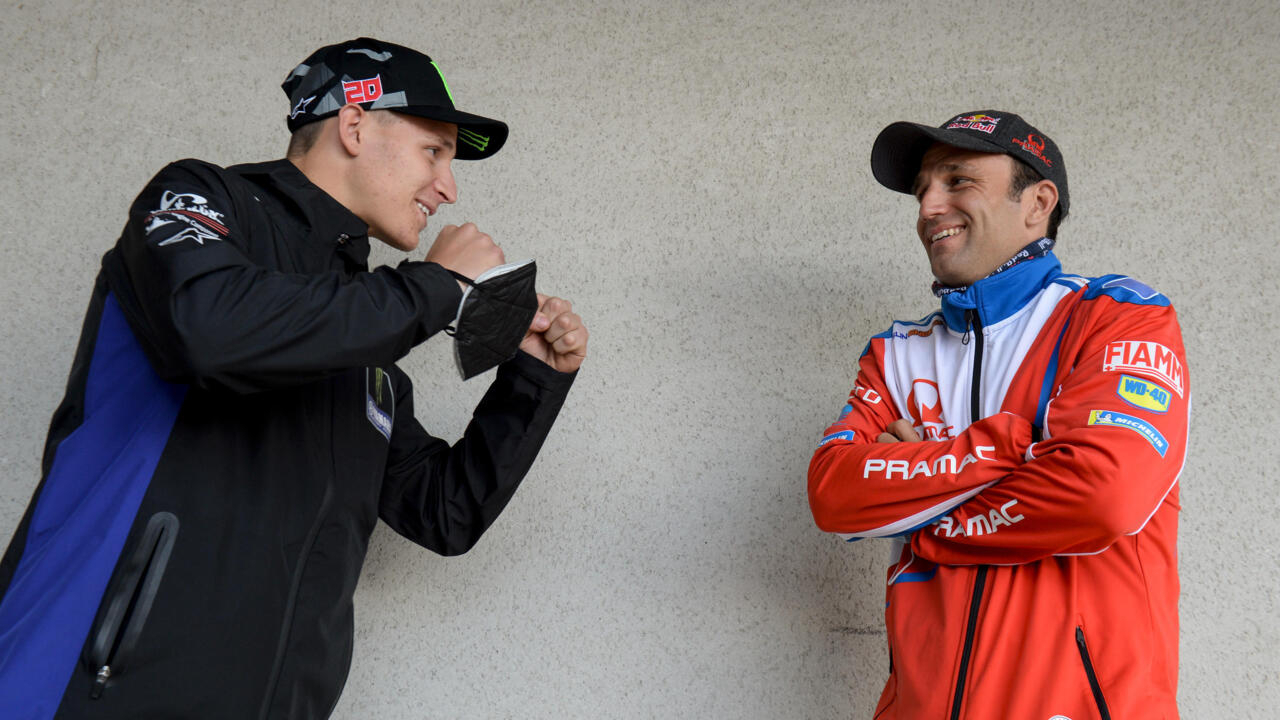 After many years of absence at the highest level, French motorcycle riders are now used to finding themselves on the podium and can claim to win, for the first time in history, the MotoGP World Championship.

Until Fabio Quartararo's first victory in early 2020 in the premier motorcycle category, it only took three fingers to count the French victories at this level: Pierre Monneret in 1954, Christian Sarron in 1985 and Régis Laconi in 1999.

Since then, the 22-year-old from Nice has added four to his list, including two this year.

And twice since the start of the 2021 championship, he has found himself on the podium with another French driver, Johann Zarco, 30.

The first time in Qatar at the beginning of April with Quartararo first and Zarco second and again Sunday at Le Mans for the French GP, with second place for Zarco and third for Quartararo.

"To be on a podium with Fabio is really good. It was better in Qatar because we could sing" the Marseillaise that the two pilots had sung in chorus, welcomed Johann Zarco on Sunday.

"You could have sang with me today too", immediately quipped the winner of the day, the Australian Jack Miller, sitting between the two French pilots.

"Today I'm ahead of him but he takes the lead in the championship again, so he's just as happy as I am," added Zarco who is still chasing a MotoGP victory after two world championship titles in the intermediate category. , the Moto2.

Because the two men get along well.

Their age difference, eight years, means that Quartararo considers his elder with respect but his richer record in MotoGP allows Zarco to pay him back the courtesy.

Both natives of the south-east of France (Cannes for Zarco, Nice for Quartararo), he was the first to pass until two years ago for the surest hope of French motorcycling sport to one day conquer the championship. MotoGP.

A title that eluded the Niçois last year at the end of the season and to which the Cannois has never been able to claim ... until today.

"When I was leading the championship after the first two races in Qatar, I started to believe in my chances. I think I have enough experience" to win the title, Zarco said Sunday after his third 2nd place of the season in five races.

He races for the Ducati-Pramac team, satellite of the official team, while Quartararo is factory rider at Yamaha.

"It's easy to get used to having two French people on the podium," said Quartararo.

"To have one is already good but to have two is cool for us, for the fans, for the spectators and I hope there will be many more."

The organizer of the French Grand Prix, Claude Michy, cannot believe his happiness, even if the Covid-19 pandemic has prevented fans from coming to Le Mans this year.

The French Grand Prix is ​​one of those which traditionally attracts the most spectators in normal times during the MotoGP season, whether the French riders are successful or not.

According to information not yet confirmed, a second race of the championship could be organized this year at Le Mans if other Grand Prix were to be canceled due to a pandemic.

What will happen to this closeness between the two men if they have to fight against each other at the end of the season to win the title?

Asked Sunday by AFP on the possibility of an "alliance" between the Ducati riders of the factory team and of Pramac so that one of them is crowned, Fabio Quartararo ruled out this possibility ... immediately.

"It's every man for himself at the moment. Maybe at the end of the season there will be a team tactic but for now, it's everyone for his own skin."