The violence in Gaza has already claimed nearly 200 lives

The UN Security Council met on Sunday night to worsen the escalating situation. Unrest on Israel’s West Bank in Gaza escalated over the weekend. The state of war between the Israeli army and the extremist organization Hamas, which began a week ago, has already claimed nearly 200 lives by Sunday night. There are almost 2,000 injured. Of the dead, 10 are Israelis and the rest are Palestinians. Most of the deaths are civilians, with more than 50 children among them. Sunday was 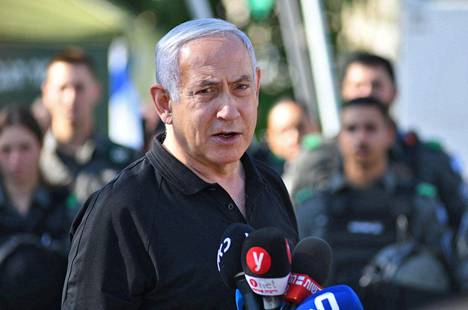 Unrest on Israel’s West Bank in Gaza escalated over the weekend.

The state of war between the Israeli army and the extremist organization Hamas, which began a week ago, has already claimed nearly 200 lives by Sunday night.

Of the dead, 10 are Israelis and the rest are Palestinians.

Most of the deaths are civilians, with more than 50 children among them.

Sunday was the bloodiest day of the week, with Israeli bombings claiming more than 40 Palestinian lives, according to Palestinian authorities.

There may be more casualties, as Israel again made large-scale air strikes on the Palestinian-occupied Gaza Strip the night before Monday.

Estimates of the number of attacks vary from dozens to over a hundred at various sources.

Various media report that the attacks were more severe, over a wider area, and lasted longer than the deadly attacks on Sunday.

The Israeli army began beating the Gaza Strip last Monday after rockets were fired at Israel from Gaza.

According to the Israeli army, more than 3,000 rockets have been fired at Israel from Gaza since Monday.

The number is higher than in any previous region in the conflict that erupted this decade.

The conversation with Abbas was Biden’s first since he took office.

Abbas spokesman Nabil Abu Rudeina did not specify the details of the discussion, but only told the AFP news agency that the discussion was important.

With Netanyahu, Biden discussed, among other things, the Israeli attack on a media-used tower block in Gaza.

- Netanyahu stressed that Israel will do everything possible not to harm bystanders.

This is also evidenced by the fact that houses with terrorist residences are emptied of bystanders before they are struck, the Prime Minister's Office said in a statement.

UN Secretary-General Antonio Guterres has also expressed concern about the growing number of civilian casualties and called on both sides to end the violence immediately.

The UN Security Council met on Sunday night to worsen the escalating situation.

The meeting was originally scheduled for Friday, but the United States crammed the intention.

EU foreign ministers are scheduled to discuss on Tuesday, via video link, the escalation of the situation and how the EU could best contribute to ending the ongoing violence.

On Sunday, the Israeli army reported that it had struck in Gaza at the residence of Yahya Sinwar, the leader of the Hamas political wing.

The military says the place was also used by Hamas for military use.

According to Israeli newspaper Haaretz, Sinwar was not at home at the time of the attack.

Several people were injured when a car drove into a crowd in the Sheikh Jarrah district of East Jerusalem on Sunday.

Among the wounded are four police officers.

According to police, a person driving over a car was shot.

A police spokesman did not specify whether the attacker died in the shooting.

US President Joe Biden has had talks with both Israeli and Palestinian leaders.Photo: Tasos Katopodis / Cnp / ZUMA / MVphotos

Israeli Prime Minister Benjamin Netanyahu said the country would continue attacks in the Gaza Strip "for as long as necessary."

In a televised speech, Netanyahu assured Israel that he would do his best to avoid civilian casualties.

According to him, the culprit for the clashes is to be found on the other side, as he says Israel is being attacked.

The night before Saturday, Israel carried out a bomb attack on a Gaza refugee camp, which resulted in the destruction of a three-story apartment building.

According to press reports, more than 10 people died in the attack, eight of whom were children.

The only survivor of the building was a five-month-old baby.

On Saturday, Israel also bombed a 13-storey house in the Gaza Strip, the Jala Tower, which housed at least the premises of the television channel al-Jazeera and the news agency AP, as well as other offices and residential apartments.

According to Israel, the house was also used by the intelligence agencies of the extremist organization Hamas.

Among other things, an apartment building used by international media was destroyed in the Israeli bombing in Gaza.

The attack was warned in advance and the building had time to be evacuated.Photo: Mahmud Hams / AFP / Lehtikuva

The building had time to be evacuated before the attack.

An Israeli military spokesman told news agency Reuters shortly after the attack that the military warned people inside the building in advance and gave them “plenty of time to evacuate”.

Jawad Mehdi, owner of Jala Tower, told AFP news agency that he was warned by Israeli intelligence about the attack about an hour earlier.

Mehdi says he asked for extra time to evacuate to no avail.

Gary Pruitt, CEO of news agency AP, said he was shocked by the destruction of the house.

- We barely survived without casualties.

With today’s events, the world will know less about what is happening in Gaza, Pruitt said in a statement.

"Clearly, the intention is no longer just to sow destruction and death, but also to silence those who report it," Walid al-Omari, Al Jazeera's Israeli editorial chief, told AFP.