Several thousand people took to the streets in various places in the Netherlands on Sunday for pro-Palestinian demonstrations in response to the Gaza crisis. 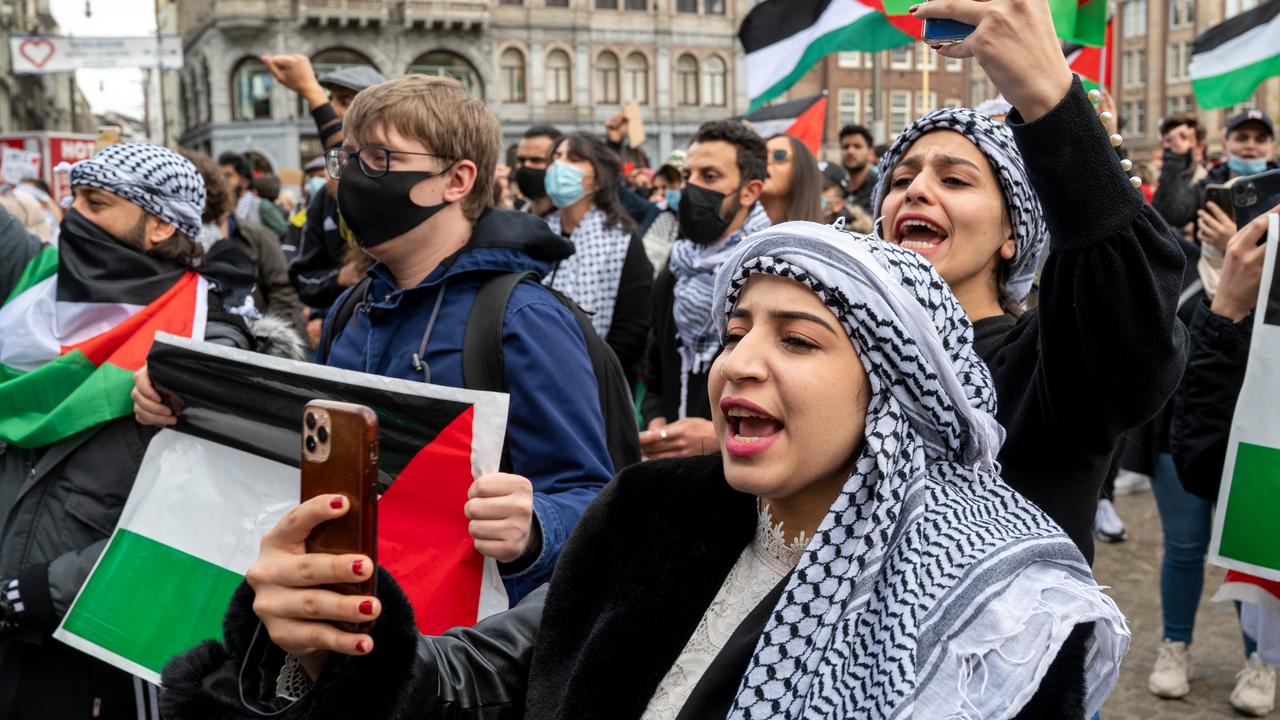 Several thousand people took to the streets in various places in the Netherlands on Sunday for pro-Palestinian demonstrations in response to the Gaza crisis.

For example, protesters march through Amsterdam on Sunday afternoon to show support for the Palestinians.

In Eindhoven, a group also went into the city after a manifestation on Stadhuisplein, and demonstrations also took place in Nijmegen, Groningen and Enschede.

In the afternoon a crowd of several thousand gathered on Dam Square, which started a march around 4 p.m. over the Rokin, along the Amstel and the Weesperplein, ending at the Amstel station.

The police are well represented, keep an eye on the protesters and cordon off the streets so that traffic cannot pass.

The atmosphere is pleasant.

The municipality previously announced on Twitter that it was too busy at the demonstration on Dam Square.

"Do not connect anymore. Do not come to Dam Square anymore. Keep 1.5 meters away," said the municipality.

Police were also present there.

Hundreds of people gathered on the Stadhuisplein in Eindhoven. Those present were addressed in Arabic and Dutch by, among others, the chairman of the Palestinian community in the Netherlands. Many attendees carried the Palestinian flag, banners and demonstration signs. At the start of the event, the participants held a minute of silence for what have been called "the victims of apartheid and genocide". The organization repeatedly called on people to keep a distance of one and a half meters, but that does not really work.

The municipality and police have asked the organization of the event on Stadhuisplein to end the meeting at 4.30 pm.

It was too busy and the corona rules were not respected, a police spokeswoman said.

The organization then asked everyone to go home, but a large group still went into the city with many Palestinian flags, accompanied by the police.

This demonstration also ended around 5 p.m.

In Nijmegen, according to

there were so many people together in the Valkhofpark and later in the center that the mayor had the demonstration dissolved.

According to RTV Noord, about two hundred demonstrators gathered on the Grote Markt in Groningen.

Several hundred people had gathered in a park in Enschede, RTV Oost writes.

These days there are several demonstrations in the Netherlands and the rest of Europe in support of Palestine.

The demonstrations are a response to escalating violence between Israel and the Palestinians.

See also: At least 198 deaths since violence flared up in Gaza conflict