Record increase for scout activities during the corona pandemic

The pandemic year 2020 was a record year for the scout activities in Sweden with 3,000 new members, almost twice as many as a normal year. The key to success has been to adjust instead of canceling. 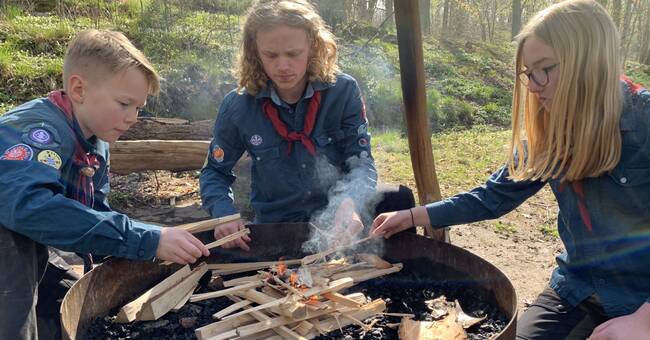 Huskvarna scout corps is an example of many of a corps that has grown.

But here the increase has taken place gradually, even if you look further back than 2020.

- In ten years, we have gone from being 15 members to 70. It is great fun, says Richard Carlsson, leader.

The scouts also think it's fun that the corps is growing.

- You make new friends all the time, says Vilgot Hallingbäck.

But what's so fun about scouting?

- Here it is not an achievement but you get to be yourself and have fun with others, says Vilja Askerlund.

Since scouting is an activity that is largely conducted outdoors, the change during the corona pandemic has not been too great, which may be one reason why many new children have been added.

- We have been even more out even in the winter and wash our hands a little more often, says Dag Wennbladh.

But there are also about 9,000 children in line to enter.

The lack of leaders is one reason why the business at present cannot grow as much.

- It is a concern to find leaders even though we have many committed parents.

If we had more leaders, I think we could double our membership here in Huskvarna, says Richard Carlsson.