Hans-Georg Maaßen: CDU officials move away from him

The CDU MEP Dennis Radtke attests that Hans-Georg Maaßen has a worldview as an “unsavory blend of bitterness, populism, aluminum hat and self-radicalization”. And Hamburg boss Christoph Ploß advises to clearly distinguish oneself from extremism and anti-Semitism in any form. 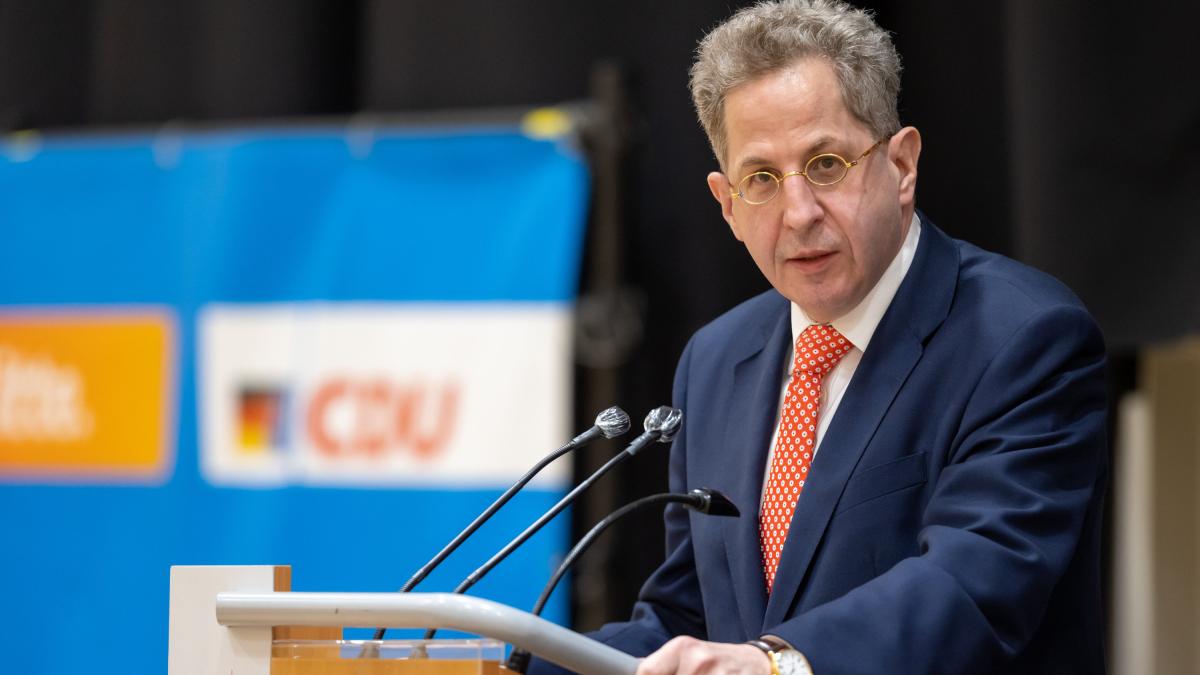 In the case of CDU functionaries, statements by the Bundestag candidate Hans-Georg Maaßen cause annoyance, reports the "Spiegel". For example, MEP Dennis Radtke at Maaßen observed "a worldview that is an unsavory blend of bitterness, populism, aluminum hat and self-radicalization that is both remarkable and questionable for a former top official." And the Hamburg CDU boss Christoph Ploß says: "The Union has always been successful when it has integrated all currents and at the same time clearly demarcated itself from extremism and anti-Semitism in any form."

According to "Spiegel", Maassen, who was nominated as a direct candidate for the federal election in southern Thuringia, spread conspiracy theories, even anti-Semitic connotations, in video interviews on AfD-affiliated and new-right portals and urged citizens to use "alternative media".

He said: "What politicians want to make of us are subjects who watch the 8 p.m. news to hear what the political elite has decided, what we should do and how we should behave."

His own party, the CDU, was also tackling Maassen sharply: The power struggle for the candidacy for chancellor between Armin Laschet and Markus Söder was only a diversionary maneuver, since in the same week the Union and SPD “pushed through” the infection protection law.

According to “Spiegel”, Maaßen gave the interviews to the “Atlas Initiative”, whose chairman Markus Krall represents right-wing fantasies of subversion and is close to the AfD. Maaßen was also questioned by “Politics Special - Voice of Reason”. The head of this platform, Markus Gärtner, is the author of the ideological conspiracy Kopp-Verlag and the blog “pi-news”, which Maaßen's Office for the Protection of the Constitution from 2012 to 2018 classed as “proven extremist”. Maassen also gave interviews to the controversial “Epoch Times”.

CDU boss Armin Laschet, who defended Maassen against accusations of anti-Semitism, did not want to comment. "There will be no commentary from the CDU on Mr Maassen's statements," said a spokesman. When asked, Maaßen himself said: "My opponents cannot criticize what I am saying in terms of content, so they have to raise accusations of contact guilt and framing my language in order to indirectly assume that I have views that I do not have."

Friedrich Merz said in WELT AM SONNTAG about internal party criticism of Maassen's nomination: “We have to re-position the Union (...) so broadly that even liberal and conservative voters feel at home with us. The list by Hans-Georg Maaßen is the late projection of a development that has been observed for 20 years. The whole spectrum of the Union is no longer represented in the CDU today. In some state governments it is different. "

For example, Armin Laschet has always attached great importance to integrating and representing the currents of the CDU with different people in his state government. But there have been gaps in the federal government and in the party for years. “Now part of the base simply bursts the collar. Maassen's line-up is a reaction to the fact that some of the voters and members can no longer find themselves in the cast of the government and the CDU. "