A new dawn of Israeli bombardment on Gaza has raised the death toll in the Palestinian strip to at least 153 since the beginning of the military escalation, which reaches ... 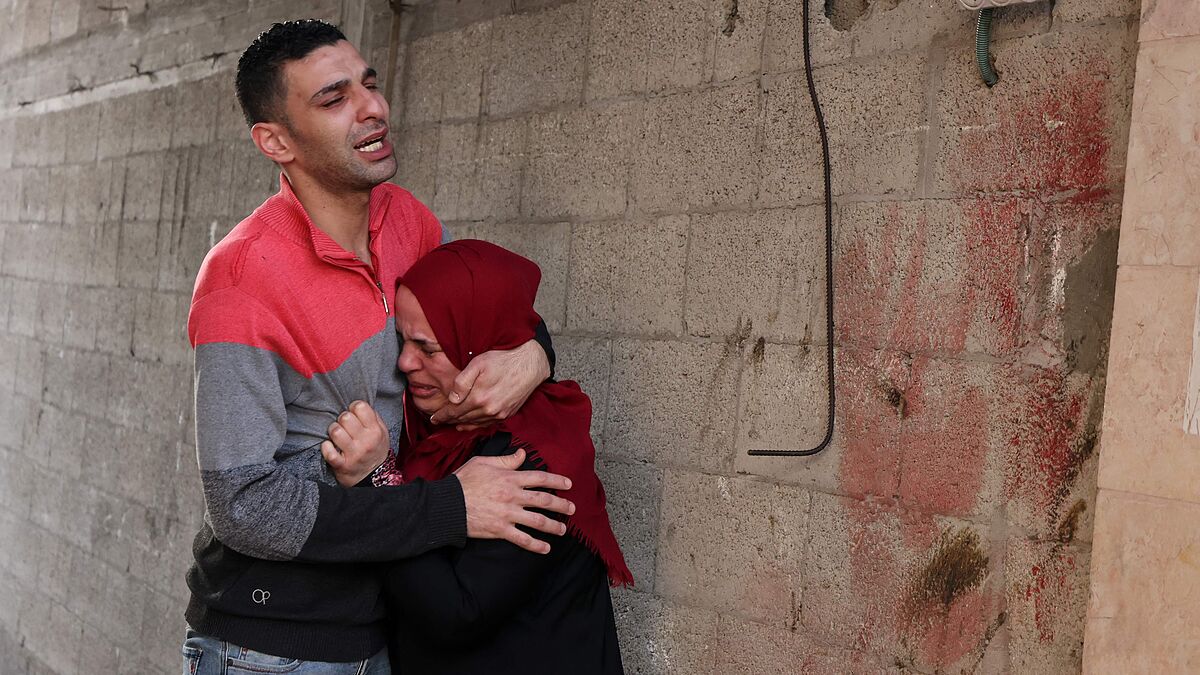 A new dawn of Israeli bombardments on Gaza has raised the death toll in the Palestinian strip to at least 153 since the beginning of the military escalation, which reaches its seventh day today, reported the Ministry of Health of the coastal enclave.

The Israeli attacks consisted of

50 bombings in less than 15 minutes

and included the destruction of the family residence of the leader of the Islamist Hamas movement, Yahya Sinwar, who, however, was not in his home.

According to eyewitnesses in Gaza, the wave of Israeli attacks this morning was

the largest since the start of the current escalation,

five buildings were hit in Gaza City without warning

, who were inside and whose deaths were confirmed by a spokesperson for Health.

The Israeli Army explained that among the targets attacked this morning included, in addition to the residence of the Hamas leader, the family home of his brother, Mohamad Sinwar, which was evacuated before the attack.

These Israeli bombardments occurred simultaneously with the

rocket fire from Gaza, which did not stop during the night

, during which, according to an Israeli military spokesman, more than 130 shots were fired.

On the other hand, the attacks followed a

strong wave of rockets launched this morning towards Tel Aviv

, which had been previously announced by the leader of the armed wing of Hamas, Mohamad Deif, and which spread to multiple cities in central Israel.

According to the Israeli Army, these shots raised to about 2,900 the projectiles launched since the beginning of the current military escalation, of which about 450 fell within the enclave and about 1,150 were intercepted by the Israeli anti-missile system, Iron Dome.

These shots have already left

, eight of them from rocket hits and two from falls while running to bomb shelters.

Diplomacy & GeopoliticsIsrael: take off your mask to go to war

Middle EastThe Israeli ambassador to Spain: "We are almost in a war situation but this is not the time for a ground operation in Gaza"