Gang prisoners have tried to bribe inexperienced guards into drug mules. According to the study, a lot of supervision work has to be done alone and prisons often use deputies and untrained staff. 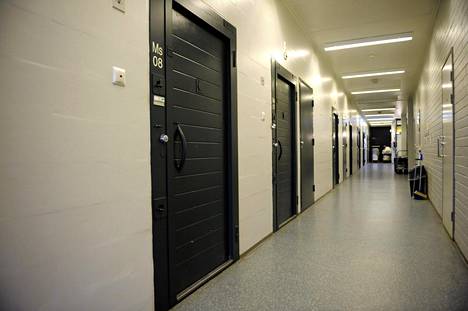 Criminal gangs have tried to infiltrate prisons with people with links to organized crime, according to a recent report from the Finnish Institute of Criminal Sanctions (Rise).

- There have been isolated cases where individuals with links to these groups have sought to work in prisons.

At least on the basis of this survey, it did not turn out that someone had gotten to work, but the connections had already become clear during the recruitment process, says Jari-Pekka Holopainen, the director of Sukeva Prison, who conducted the survey.

A questionnaire related to organized crime in prisons was sent to all Finnish prisons and to the management of Rise's central administration unit, regional centers and assessment centers.

In addition, responses were requested from the Central Criminal Police and three other police departments.

In total, responses were received from almost 40 units.

Based on the responses, the activities and influence of international and domestic criminal gangs have increased year by year.

According to Rise, there are currently about 200 inmates or remand prisoners in prisons who belong to organized criminal groups.

Most of them are housed in Riihimäki, Turku and Sukeva prisons.

Gangs of power in prisons include the Angels of Hell, Bandidos, Cannonball, Bats, and especially the United Brotherhood (UB), which is considered in the study to be one of the main reasons for the increase in intimidation and violence.

- One of the main reasons for the increase in prison-time crime was seen as UB's idea of ​​maximizing benefits and income during imprisonment.

Other gangs have not been found to have sought to use prison time as strongly and systematically in committing crimes as UB, the report says.

There are currently about 200 inmates or remand prisoners belonging to organized crime groups in prisons. Photo: Trond H, Trosdahl / Lehtikuva

According to the study, in particular, the threat and violence against prison staff has increased.

The report warns that as a result of grievances, pressure, blackmail and threats of violence by gang prisoners, workers experience insecurity and fear, which at worst are reflected in their actions and decision-making in the way that organized crime seeks.

According to Holopainen, the staff may be under pressure, for example, when a prisoner applies for an exit permit or an unsupervised appointment.

- Under the normal administrative process, officials make a statement and then the prison director or other competent decision-maker in the prison makes a decision.

There are people on the staff, too, and if you start thinking about these, it might even affect what kind of statement the staff writes there, Holopainen says.

For example, gang prisoners have offered new guards up to several thousand euros for transporting a phone or drugs to prison.

According to the study, special attention should be paid to the training and skills of staff in wards and prisons where gang prisoners are housed.

- Observations have been made where jr (organized crime) prisoners have sought to seek "allies" from inexperienced and untrained guards.

Cases often occur in such a way that the guard in question starts to spend too much time in question.

The risk is untrained staff, one response said.

Based on prison responses, prisons employ a large number of deputies and untrained staff, most typically as guards.

- Especially during the summer, but otherwise people who do not have training in the field of criminal sanctions, but some other educational background work as guards.

At the recruitment stage, their ability to function in the position has been deemed sufficient, and the orientation is then done here in prison, Holopainen says.

Due to the lack of resources, a lot of supervision work has to be done alone.

According to the study, avoiding working alone would be important, among other things, to reduce painting on guards.

According to the study, special attention should be paid to staff training in the wards and prisons where gang prisoners are housed. Photo: Antti Aimo-Koivisto / Lehtikuva

The pilot project starting at Riihimäki Prison aims to reduce the pressure on staff to bring in unauthorized goods.

It allows prison staff to be screened with a personal scanner and are no longer allowed to take their own mobile phones to prison.

The model has been taken from abroad.

- Today, prisons do not carry out checks on their own staff when they come to work.

In other Nordic countries, prisons with the highest level of security use the same type of model that will be tested in Riihimäki Prison, Holopainen says.

The report contains a long list of development projects, of which project manager Rise has already been appointed to solve problems related to painting and working alone.

The report also emphasizes that the main cause of the problems is drug trafficking in prisons.

- Jr. sees prisons as a kind of business environment where drug trafficking has a good margin and good returns can be achieved with low risk when drug prison prices are multiples of street prices - Measures should also address the root cause, ie preventing drug smuggling into prison.