Burning natural gas to create bitcoins: viable solution or artifice? Washington (AFP) The recent surge in the price of bitcoin has brought to the fore the issue of the environmental impact of cryptocurrency and the massive amounts of energy needed to create it. In the United States, entrepreneurs believe they have found an alternative by using burnt natural gas. "I think the market is huge," enthuses Sergii Gerasymovych, head of EZ Blockchain which runs six data 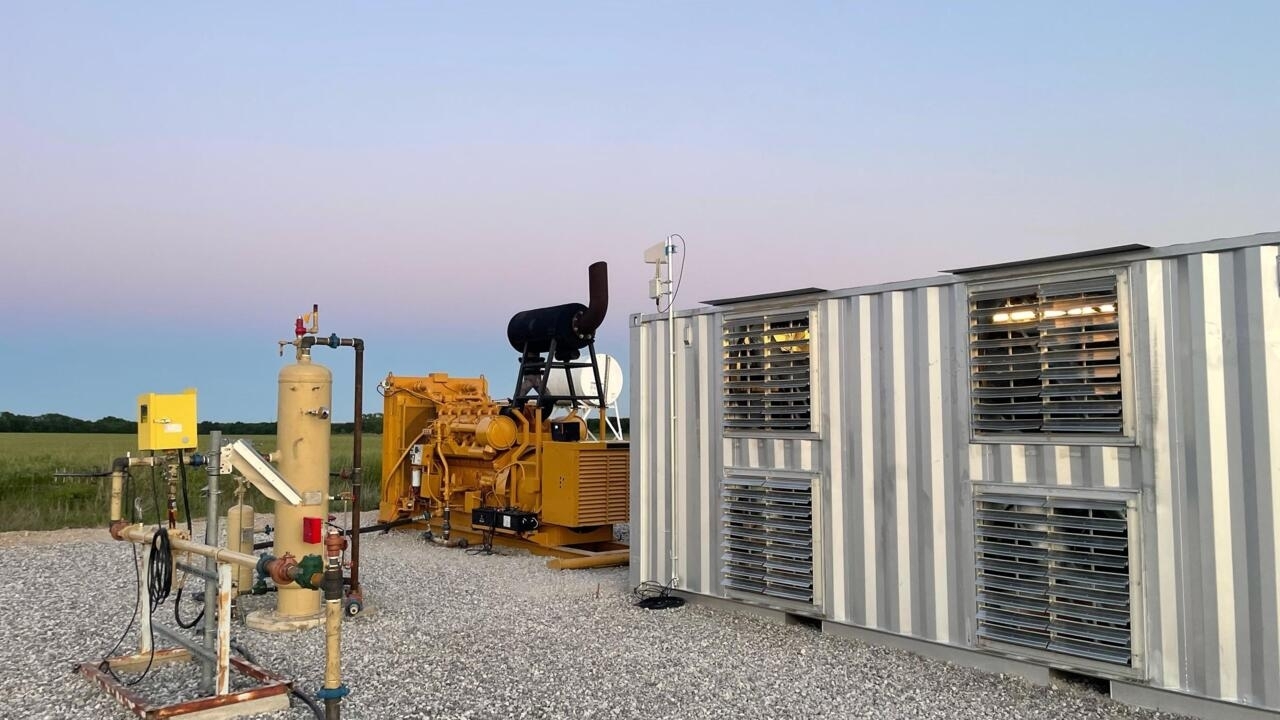 The recent surge in the price of bitcoin has brought to the fore the issue of the environmental impact of cryptocurrency and the massive amounts of energy needed to create it.

In the United States, entrepreneurs believe they have found an alternative by using burnt natural gas.

"I think the market is huge," enthuses Sergii Gerasymovych, head of EZ Blockchain which runs six data centers running on this power source in Utah and New Mexico, as well as in Canada.

Many companies like Mr. Gerasymovych's are installing containers all over the country.

Inside, large computer facilities are powered by natural gas, which usually burns in the open.

Bitcoin is based on blocks of encoded and authenticated transactions that add to each other.

These blocks are produced by powerful computers that must solve equations that increase in complexity as the value of money increases, making it more complicated to produce.

However, whether it is for the production of bitcoins or for transactions, exchanges are carried out via "miners", companies or individuals, themselves paid in cryptocurrency and therefore encouraged to produce when its value increases, which requires enormous energy consumption.

The companies involved in the back-up mining of burnt natural gas believe that placing their IT facilities near this source of energy represents a major advantage for them, both for the environment and in financial terms.

Interest in bitcoin mining has grown as its value, like that of other cryptocurrencies such as ethereum, has surged in recent months.

The most famous of the virtual currencies is currently trading around $ 50,000 per bitcoin after recently breaking historic levels above $ 60,000.

But voices are rising more and more against the massive use of energy linked to the mining process, which could call into question the climate objectives of many states, especially China.

This statistic prompted the very influential Tesla boss Elon Musk on Wednesday, who pointed out the use of coal in China and announced that he no longer allowed the payment of his electric vehicles in bitcoins, as Tesla did. was however engaged at the end of March.

The advantage of natural gas in this mad rush for energy to mine bitcoin is that this commodity is burnt no matter what if energy producers fail to process it, which in turn is because of the currently low prices and the difficulties in building pipelines, is often the case.

Although it is wasted anyway when not in use, the impact of burnt natural gas on the environment is not neutral.

The flaring technique removes a large part of the greenhouse gases present in natural gas.

But the International Energy Agency (IAEA) says the 150 billion cubic meters of natural gas burned around the world in 2019 released as much carbon dioxide as Italy in the same year.

Flaring "creates economic value, but does not necessarily radically change the profile of energy emissions," says Tony Scott, head of analysis for the company BTU Analytics, which monitors the oil and gas sector.

This does not however discourage the players in the sector.

The operators "do not gain anything with their natural gas. We offer them to get rid of it, while giving them a little something", defends Matt Lohstroh, co-founder of the Texan company Giga Energy Solutions, present in this market.

The deal is a win-win: While the CBECI estimates the global average cost of electricity to mine bitcoin to be 5 cents per kilowatt per hour, Lohstroh says natural gas can bring that level down to minus of 2 cents.

The price of energy is a critical aspect of bitcoin mining, with miners constantly looking for the cheapest way to operate to maximize their earnings.