Israeli flags will fly in solidarity on government buildings in Vienna on Friday. The Iranian Foreign Minister is “shocked” - and cancels a planned meeting in Austria. 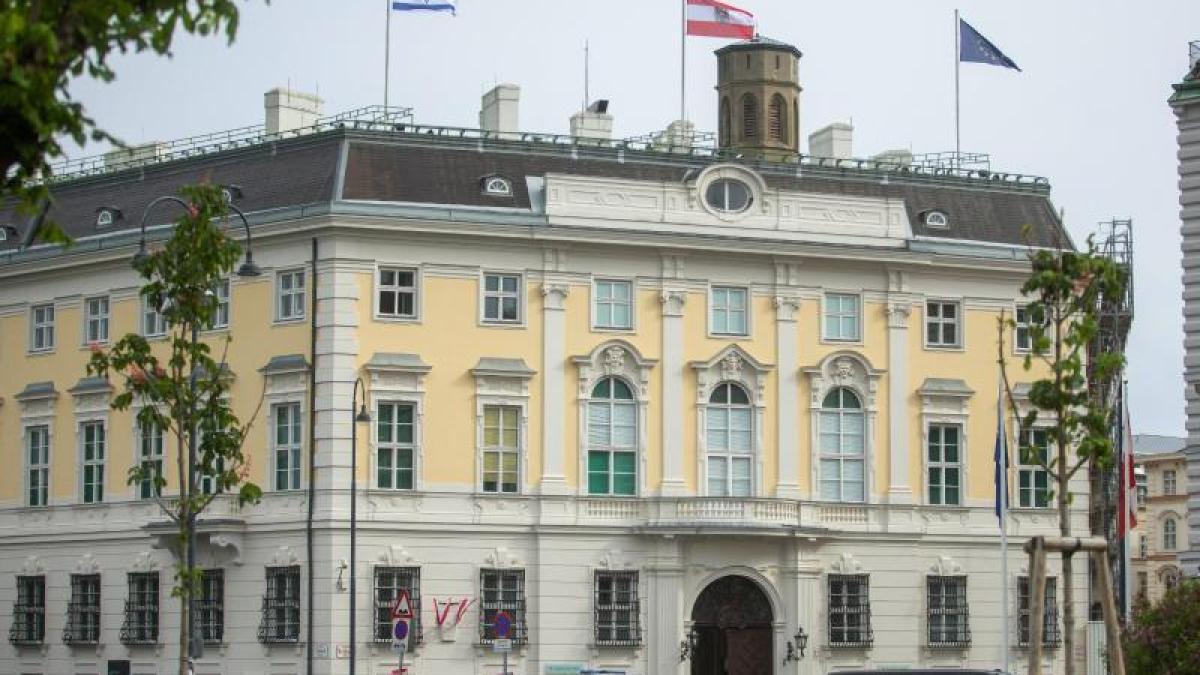 A bilateral meeting with Austria's Foreign Minister Alexander Schallenberg was planned. "We regret the move, but will not be silent when Hamas fires 2000 rockets at civilian targets in Israel," said a spokeswoman for Schallenberg, affirming the government's position. First, "Die Presse" reported on the cancellation. The main topic of the meeting in Vienna would have been the ongoing negotiations in Vienna for the renewal of the 2015 nuclear agreement, the spokeswoman continued.

As a sign of solidarity with Israel in the Gaza conflict, a flag with the Star of David waved over the Chancellery and the Foreign Ministry in Vienna on Friday.

Vienna has been a great host so far, he wrote on Twitter.

However, he is now shocked by the fact that the flag has been hoisted for a country that is responsible for the deaths of many civilians.

According to the Israeli military, militant Palestinians in the Gaza Strip have so far fired around 2,300 rockets at Israel.

Israel blames the Islamist Hamas, which ruled the Gaza Strip, for all attacks from the region.

For its part, the Israeli military attacked targets in Gaza in response to the shelling.

According to the Ministry of Health in Gaza, more than 140 people died there, and another 1,000 have been injured since the escalation of violence.

According to the army, eight people have been killed by the shelling in Israel so far.