In the video, Qassam rockets light up the sky of Tel Aviv while the Iron Dome is trying to intercept them

Video clips on social media showed new batches of rockets fired from the Gaza Strip towards Tel Aviv, and the images showed the Iron Dome system trying to block some of the rockets. 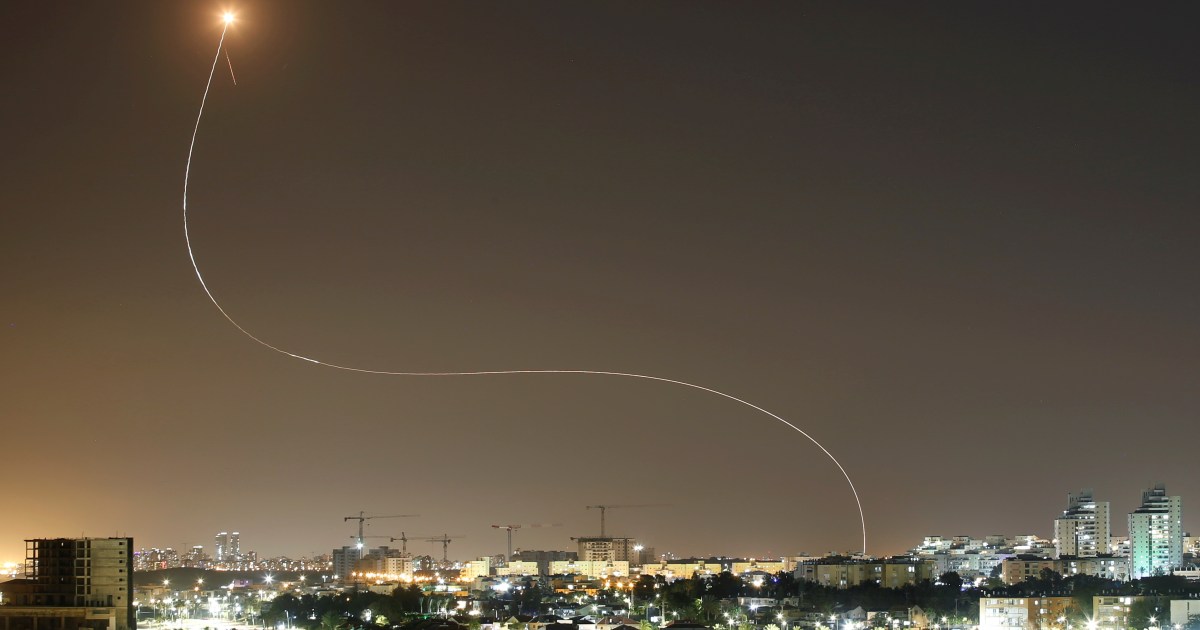 Videos posted on social media showed new batches of rockets fired from the Gaza Strip towards Tel Aviv and an attempt by the Iron Dome system to intercept them, after a warning to residents sent by the Al-Qassam Brigades, the military wing of Hamas.

Al-Jazeera correspondent Sherine Abu Aqle said that new batches of rockets were launched from Gaza towards Tel Aviv, the center of the country, the south and the Sahel region after midnight on Saturday.

The correspondent quoted Israeli media that 42 rockets landed in the Judea and Rishon Lezion area, without any injuries.

The correspondent said that instructions have been directed to the residents of Tel Aviv and its surroundings to adhere to the shelters in anticipation of more barrages of rockets from Gaza.

It added that the rockets launched from Gaza reached Hasharon, north of Tel Aviv, expanding the circle of targeted areas.

It also reported that the sirens sounded for the third time after midnight in Tel Aviv after the burst.