That was pure relegation battle. Hertha BSC and 1. FC Köln tremble through their basement duel. The zero number helps the Berliners a lot more. Relegation is certain. Cologne must now win against Schalke. 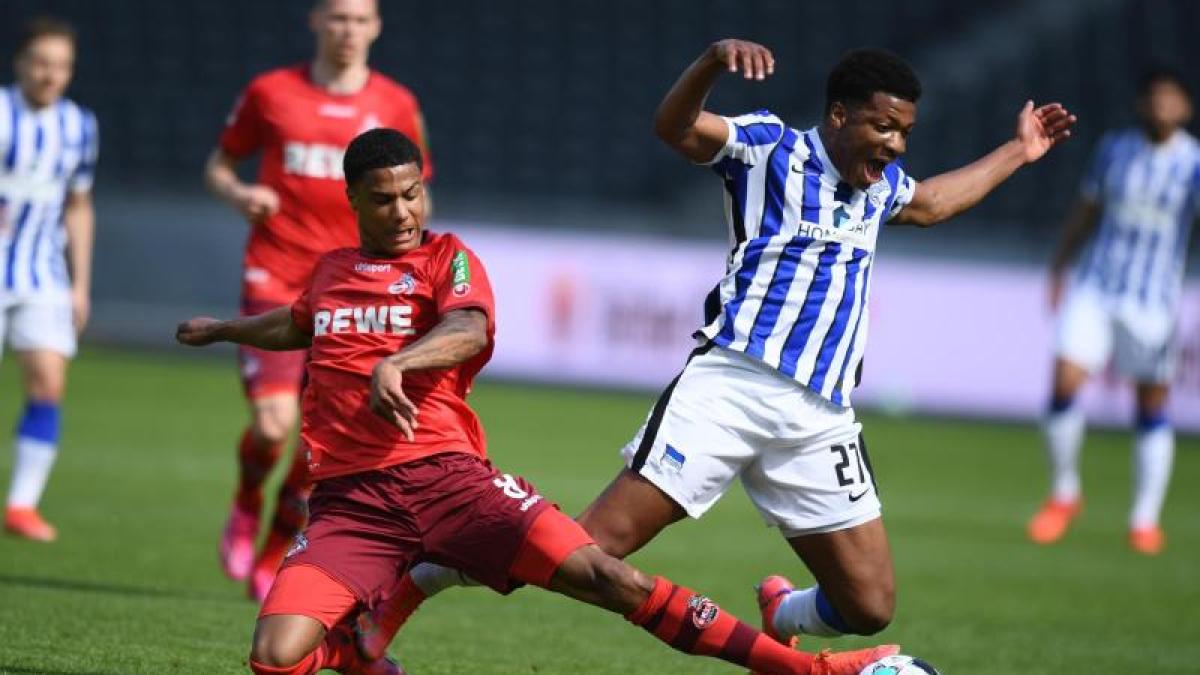 Berlin (dpa) - Hertha BSC has managed to rescue after a season full of hardship and suffering, 1. FC Cologne still has a glimmer of hope.

After a zero number full of cramps and fear in the Olympic Stadium, the Berliners can breathe a sigh of relief and relax and tackle their last game of the season on Whit Saturday at TSG 1899 Hoffenheim.

In addition to Schalke, Cologne and Werder Bremen can no longer pass.

Hertha can dedicate itself to its much higher goals again in the future.

The Rhinelander have to be as table-17.

on the other hand, on the last day of the match against the bottom line Schalke 04, they definitely win and hope that the competition from Arminia Bielefeld or Werder Bremen will slip up in order to be able to prevent the seventh relegation from the Bundesliga.

Cologne already had to score in Berlin.

Even without captain Jonas Hector, who was injured in the leg.

Against a very careful Hertha, FC took the initiative.

Elvis Rexhbecaj (15th) had the first opportunity - his shot missed.

A few seconds later, the opportunity was even better for him from closer range.

But the Hertha goalkeeper Alexander Schwolow, who was in good shape again, parried.

The Berliners needed time to find themselves in the already radically changed formation.

Ten potential regular employees were missing due to injury, illness or suspension.

Even ex-world champion Sami Khedira did not make it into the team after his calf injury.

Jessic Ngankam, the winning goal scorer in the 2-1 win at Schalke, was the last remaining striker, despite knee problems in his starting eleven debut.

Out of necessity, coach Pal Dardai had five potential central defenders in the starting line-up, including his son Marton Dardai as six and Jordan Torunarigha as full-back.

Almost logical that the game forward was poor at first.

More was not possible.

How would Cologne react?

How much offensive would the FC dare?

A counter would have at least a small value for the intermediate results in Bielefeld and Augsburg.

Funkel did not push his team forward unconditionally.

Still, the chances were there.

Especially for Ellyes Skhiri (54th), who did not hit the ball properly from close range.

The opening goal for Augsburg against Bremen changed the statics of the game in Berlin.

Hertha was - as it stands now - saved.

Accordingly, the Dardai team was even more concerned with securing results.

When Skhiri (89th) fell in the penalty area, referee Deniz Aytekin checked the scene - no penalty.

With the final whistle there was only blue and white cheers.