Gatherings in support of Palestinians in Europe: thousands in Berlin

The current tensions in the Middle East sparked demonstrations in various European countries this Saturday, May 15. Various rallies in support of the Palestinians have thus taken place through ... 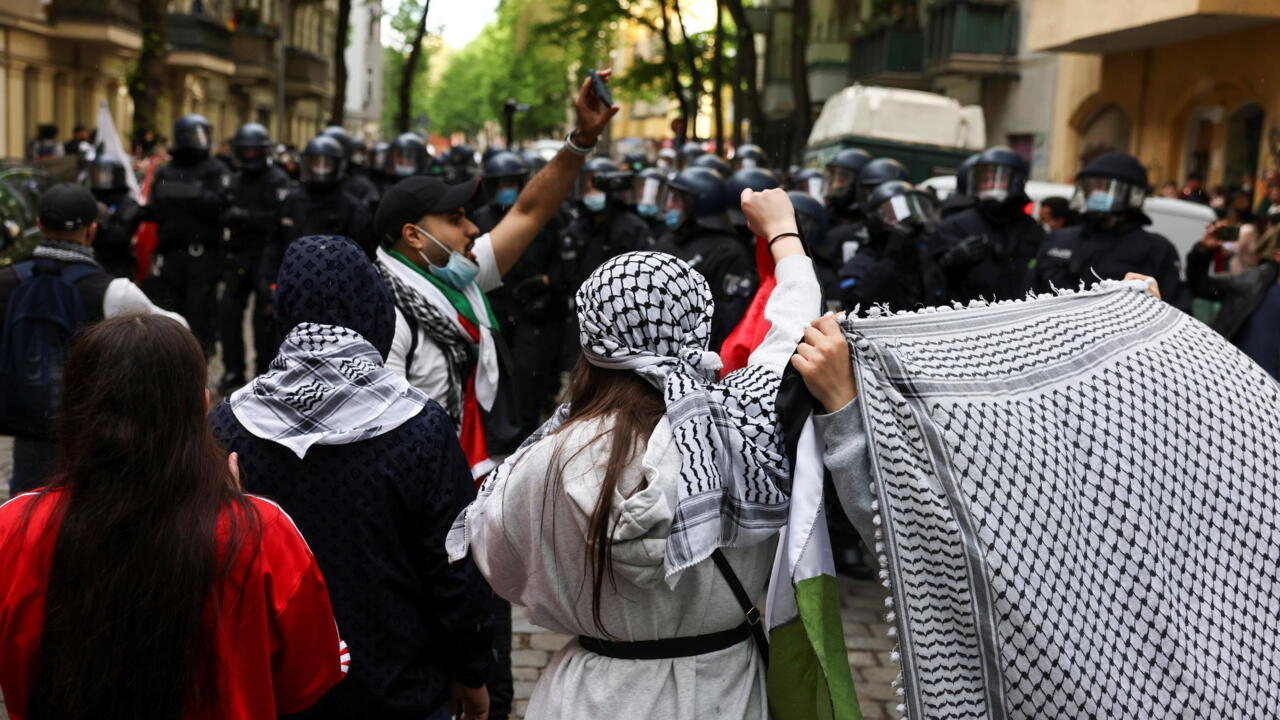 Gatherings in support of Palestinians in Europe: thousands in Berlin

Demonstration in support of the Palestinians, in Berlin, Germany on May 15, 2021. REUTERS - CHRISTIAN MANG

The current tensions in the Middle East sparked demonstrations in various European countries this Saturday, May 15.

Various rallies in support of the Palestinians took place across Germany, bringing together several thousand people.

They were taking place in a tense atmosphere due to incidents this week with anti-Semitic statements or questioning the very existence of Israel and which still cause great emotion in Germany.

The Hermannplatz, in the multicultural district of Berlin, is this Saturday the rallying point of the pro-Palestinian demonstrations.

The organizers first remind participants, in Arabic and German, of the red lines not to be crossed set by the police: "

Clearly, no anti-Semitic slogans or calling for the destruction of Israel.

This participant, a Turkish woman, rejects such excesses, but has come to show solidarity with the Palestinian people.

The media do not report on what is happening in Israel right now,

It is not possible to present people, permanently oppressed, as murderers.

This first event with a hundred people took place in peace.

A second, with about 3,500 people according to the police, is interrupted by the police because of the non-respect of the barrier gestures.

This decision gave rise to scuffles.

At another rally where can hear: "

Stop doing to us what Hitler did to you

Place de l'Albertine in the center of Brussels is packed with people.

Palestinian flags are fluttering all over the place.

Young people have even climbed to the top of the statutes.

Keffiyeh tied around the neck, Nesrine came to give her support ...

To read also: The Palestinians commemorate the 73rd anniversary of the Nakba, "the disaster"