Dubai Customs revealed that it had recorded 35 reports of smuggling materials related to witchcraft and sorcery in Dubai airports during the past three years (2018-2020), and their weight reached about 68.4 kilograms. The first director of the Passenger Operations Department at Airport No. 1 building, Khaled Ahmed, confirmed that Customs Dubai stands on the lookout for 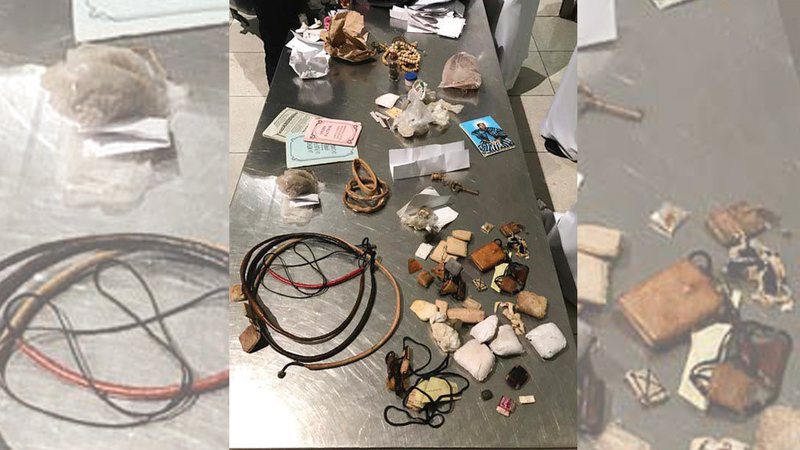 Dubai Customs revealed that it had recorded 35 reports of smuggling materials related to witchcraft and sorcery in Dubai airports during the past three years (2018-2020), and their weight reached about 68.4 kilograms. Dubai stands on the lookout for anyone trying to smuggle magic and sorcery tools and deal with them with the utmost professionalism in order to prevent the violation before it happens.

Ahmed said: “The materials used in magic, quackery and sorcery are prohibited from entering the country, based on the decision of the Financial and Economic Cooperation Committee of the Gulf Cooperation Council states, which identified the lists of prohibited goods agreed upon between the GCC states, among them goods that contradict Islamic belief and public morals, of which of course Materials used in works of magic and witchcraft ».

And he considered that the attempts to bring these prohibited materials into the country in various ways are considered customs smuggling in accordance with the unified customs law and are confiscated and referred to the relevant authorities for destruction, and the detection of these tools depends primarily on the prudence and competence of the customs inspector and reading the body language, as he requests to search the suspect and his bags Manually to uncover these materials, which vary between talismans and animal skins, paper scraps, pieces of metal, animal blood, hair, bones and pictures of animals, rings, amulets, needles, knives, liquid materials, and books used in the implementation of these works.

He added: “The inspection staff at Dubai Customs is trained to deal with these types of seizures in a professional manner, through awareness-raising and educational lectures, in coordination with the Department of Islamic Affairs and Charitable Activities in Dubai, and the confiscated seizures are transferred to warehouses, and then they are presented to specialists to deal. With her according to the appropriate methods and methods ».

Regarding the most prominent seizures, Ahmed said: “In 2018, a traveling bag was suspected from an African country, and after examining and checking the contents, talismans and tools used in magic and sorcery were found hidden in the luggage bag with a total weight of 10.3 kilograms, which are scraps of paper and books. juggling".

In 2019, a traveling bag from the same African country was suspected again, and after a search of the bag, talismans and juggling items were found hidden in a luggage bag with a total weight of 8.4 kilograms.

During the past year, a traveling bag from an Arab country was suspected, and after examining and scrutinizing the contents, talismans and tools used in magic and sorcery were found, which were hidden in the luggage bag with a total weight of four kilograms, consisting of paper scraps and books of sorcery.

• A traveler bag was seized that contained 8.4 kilograms of talismans and juggling materials.