Wolfram instead of house thing: Diving jumpers continue to cheer at EM

For once, record European champion Patrick Hausding goes away empty-handed at the EM. But there is still a German medal: bronze from Martin Wolfram. 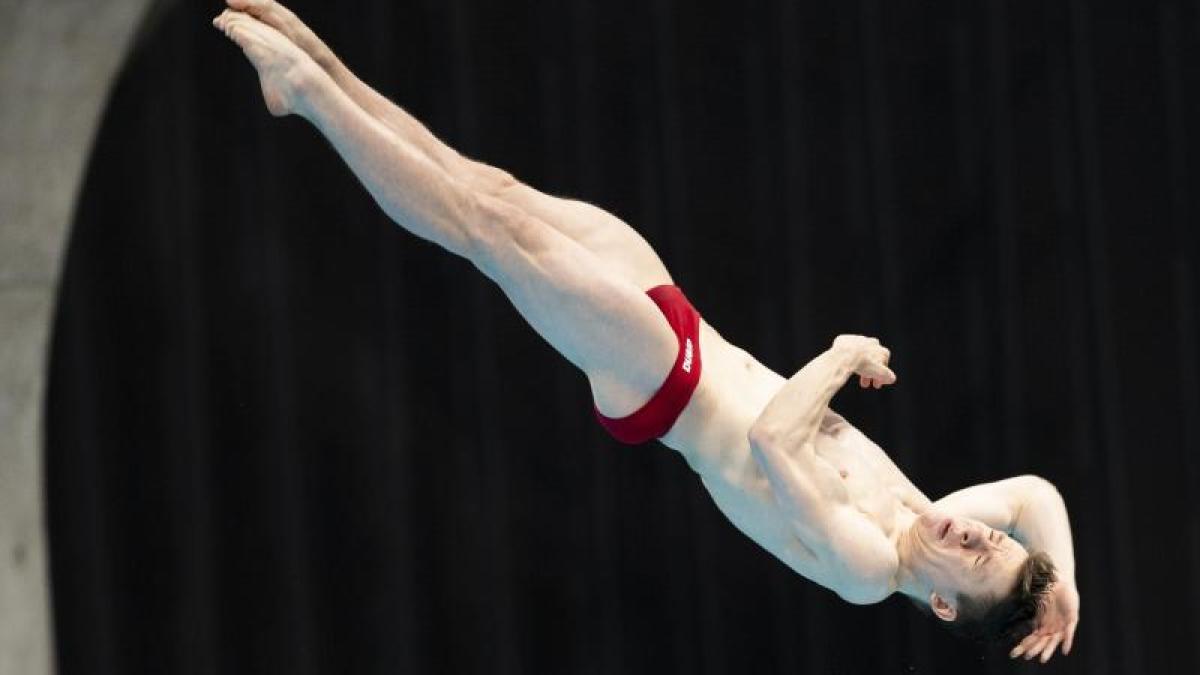 Budapest (dpa) - Thanks to Martin Wolfram, the German water divers were able to cheer even without the next medal coup from record European champion Patrick Hausding.

The former high diver won bronze from the three-meter board at the EM in Budapest.

After Tina Punzel and Christina Wassen narrowly missed third place in synchronized jumping from the tower in fourth place, the house thing, who was spoiled for success, went away empty-handed after grueling days in Hungary in ninth place on the three-meter board. On Saturday, swimming world champion Florian Wellbrock wants to improve the German medal balance after bronze over ten kilometers with the open water relay.

Hausding had two gold medals and one bronze before the final from the three-meter board - the final started anything but hoped for the 32-year-old.

Hausding, whose left shin was adorned with a neat scratch, was only twelfth and last after the first of six rounds.

The Berliner was still working his way forward, but after an exhausting two weeks with World Cup and European Championship he was unable to follow the European record balance of 17 titles and 36 medals.

But the shape for the Olympics is still right.

Things went much better for Wolfram, who happily kissed the camera after his last jump.

The former high diver, who forcibly retrained to the three-meter board after several serious shoulder injuries, underscored his belonging to the European top.

A week after his World Cup victory in Tokyo, the man from Dresden also impressed at the European Championships.

Wolfram, who was injured last year, gratefully watched the relocation of the Olympic Games, and now he is getting better and better in the new discipline in time for the Summer Games.

The victory went to the Russian Yevgeny Kuznetsov.

"But we're not going to let that drag us down, we have developed well overall," said Punzel, who last came third at the World Cup with Wassen.

Before the pool swimmers move into focus from Monday onwards, the open water aces will be challenged again at the weekend.

Wellbrock, along with the other Olympic starters Leonie Beck and Rob Muffels as well as Lea Boy, is one of the favorites over 4 x 1.25 kilometers.

On Sunday there is the 25-kilometer race without Wellbrock, which Andreas Waschburger has to do without after a positive Corona test.