The fifth day of the armed conflict between the two arms, the casualties one after another... Ground forces imminent

Armed clashes between Israel and the Palestinian armed faction Hamas have continued for five days. Israel is in a position that it will be unsafe to use ground forces. Reporter Lee Hyun-jung reports. 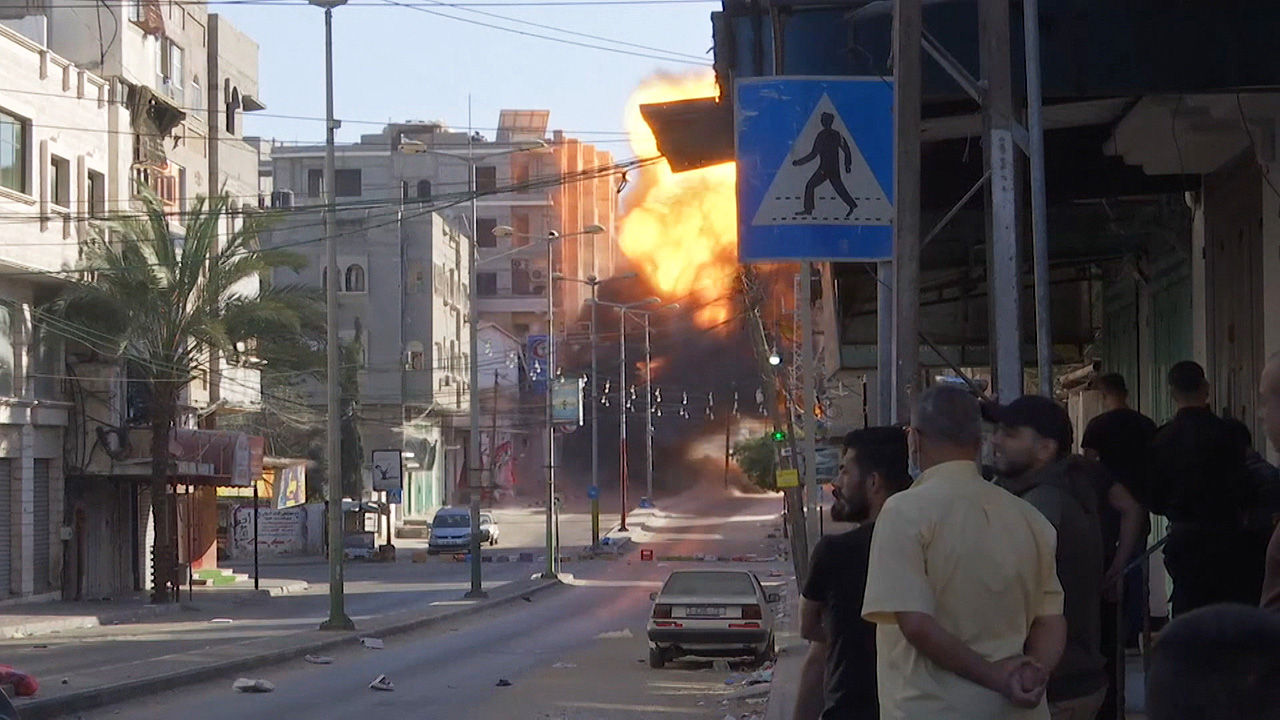 armed conflict between Israel and the Palestinian armed faction Hamas has continued for five days. Israel is in a position that it will be unsafe to use ground forces.

Along with a loud explosion, a bank building in Gaza, Palestine, collapsed in an instant, and the entire area turned into ruins.

After five days of conflict between Israel and Palestine Hamas, Palestinian health officials say at least 122 people, including 31 children, have been killed and more than 900 have been injured so far.

In Israel, 8 people were killed and more than 200 were injured.

Israel is considering deploying armored vehicles on the border and putting ground forces into Gaza.

[Netanyahu/Israel Prime Minister: They will pay a very serious price. We will do everything to ensure the safety of the region and its citizens.]

Massive anti-Israel protests took place on the west bank of the Jordan River, ruled by the Palestinian Authority.

There is also an increasing bloodshed conflict between Arabs and Jews.

On the outskirts of Tel Aviv, more than 20 Jews assaulted an Arab driver.

[Driver: (when people come and hit me) I thought I was dead. People hit me and threw stones at me.]

The U.S. State Department has raised the level of travel warnings for Israel to three of four and recommended refraining from travel.

Major airlines in the United States and Europe are also suspending flights to and from Israel.