An entry is planned into the new Animal Welfare Act that would prohibit the transfer of an animal to a person under the age of 16 without the consent of a guardian. 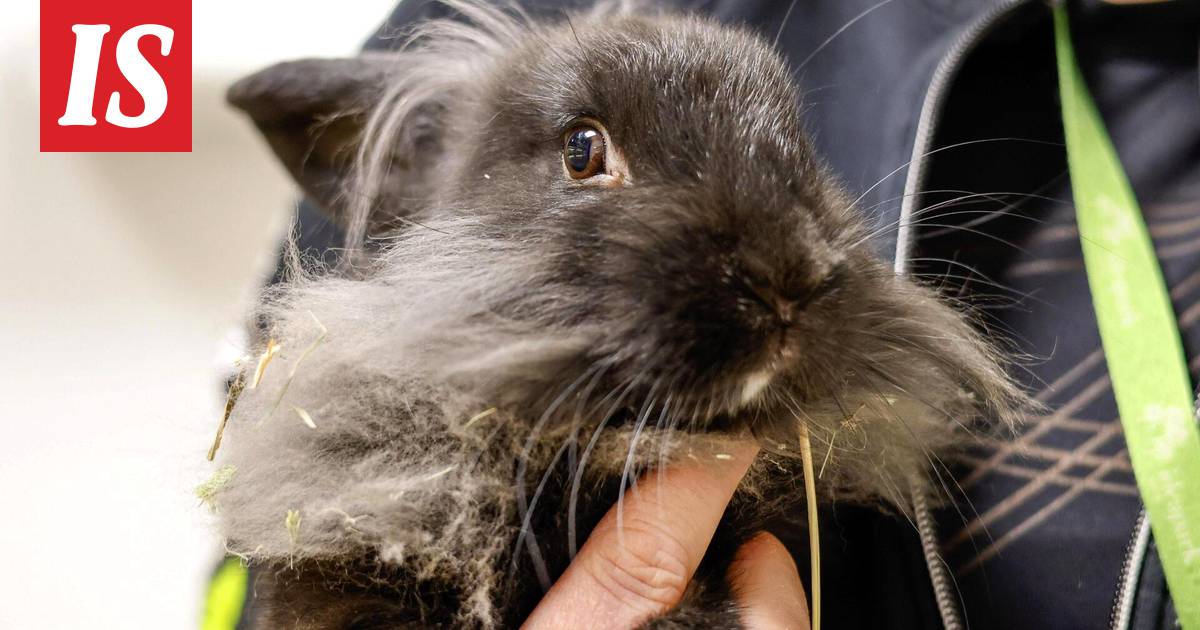 A soft-fur rabbit and a little dwarf hamster may at first glance seem like suitable pets for children, but they may not be it at all.

First of all, even a small pet cannot be the sole responsibility of a child, say Elina Sirén, field manager of the Faunatar chain, retailer and Maria Lindqvist, executive director of SEY Finland's animal welfare.

Demand for small pets has increased during the corona pandemic, Sirén estimates.

Typically, small animals are thought of as suitable pets for children, but size does not tell the essentials.

For example, a rabbit or hamster is unlikely to feel comfortable in a person’s lap, which many children expect from a pet, Sirén says.

- The hamster is also a nocturnal animal and should not be disturbed in the middle of dreams.

We are with it in the evening before we go to bed ourselves.

Guinea pigs, on the other hand, are sensitive to loud noises and need a close companion.

For example, mice or rats can be suitable pets for beginners if a responsible adult is involved, the framework is in place, enough is known about the animal’s behavior, and it is ensured that it has access to a veterinarian familiar with that species, Lindqvist says.

The law does not prohibit, but self-control prevents

The current Finnish law does not prohibit the sale of an animal to a child, although according to the European Convention for the Protection of Pets, a pet may not be sold to a person under 16 years of age without the permission of a guardian.

There will probably be a change in the next Animal Welfare Act, ie in the future the sale of animals to persons under 16 years of age would also be prohibited by Finnish law, says Tiina Pullola, a special expert of the Ministry of Agriculture and Forestry.

Faunatar chains still do not sell animals to people under the age of 18 without the consent of a guardian, Sirén says.

In the animal trade sector, there is a voluntary self-monitoring system called the Certificate of Ethical Trade in Animals.

The conditions for obtaining the certificate include that the animals are not sold to minors without the permission of the guardian.

The law allows for too small spaces

According to Lindqvist, small pets are particularly vulnerable to animal welfare.

Animal welfare declarations are usually made on the basis of an outside observation, but small pets may not be seen by anyone outside.

The current Animal Welfare Act regulates the minimum size and other requirements for small pet enclosures.

The sizes of the spaces allowed as holding places are considerably small.

For example, the minimum size required by law for a 1.8-3 kg rabbit enclosure is half a square meter.

The space should be 40 cents high.

- If conditions are deficient and the cage is too small, the life of the animal kept in the cage is a constant suffering.

A rabbit is a space-consuming herd animal

Lindqvist criticizes the Animal Welfare Act as too superficial in this respect and hopes that the next law will provide for the location of the animal in more detail and based on the needs of the animal species.

Under current law, an animal’s enclosure must “meet the needs of the animal species,” but they cannot be met in a small cage.

For example, a rabbit typically needs a lot of room to move, an opportunity to observe its surroundings and dig the ground.

In addition, it is a herd animal and may preferably move at night.

This all makes it quite a demanding pet.

According to Lindqvist, a space at least the size of a wardrobe should be built for a mouse or rat that should now be kept by law in a space of 0.18 square meters.

Elina Sirén says that many children who come to the pet trade have found out enormously about the species of animal they want.

There can be an incredible amount of know-how.

In addition, children may have better time and will to come up with stimuli for the animal than adults.

A better understanding of the species-specific use of pets has begun, Sirén and Lindqvist estimate.

Probably fewer little pets spend their lives in a cage in a nursery.