After heavy shelling from the Gaza Strip, Israel was also attacked from Syria on Friday evening, according to the military. Hamas has fired a total of 2,000 rockets since Monday - the "Iron Dome" defense system intercepted around half of them. 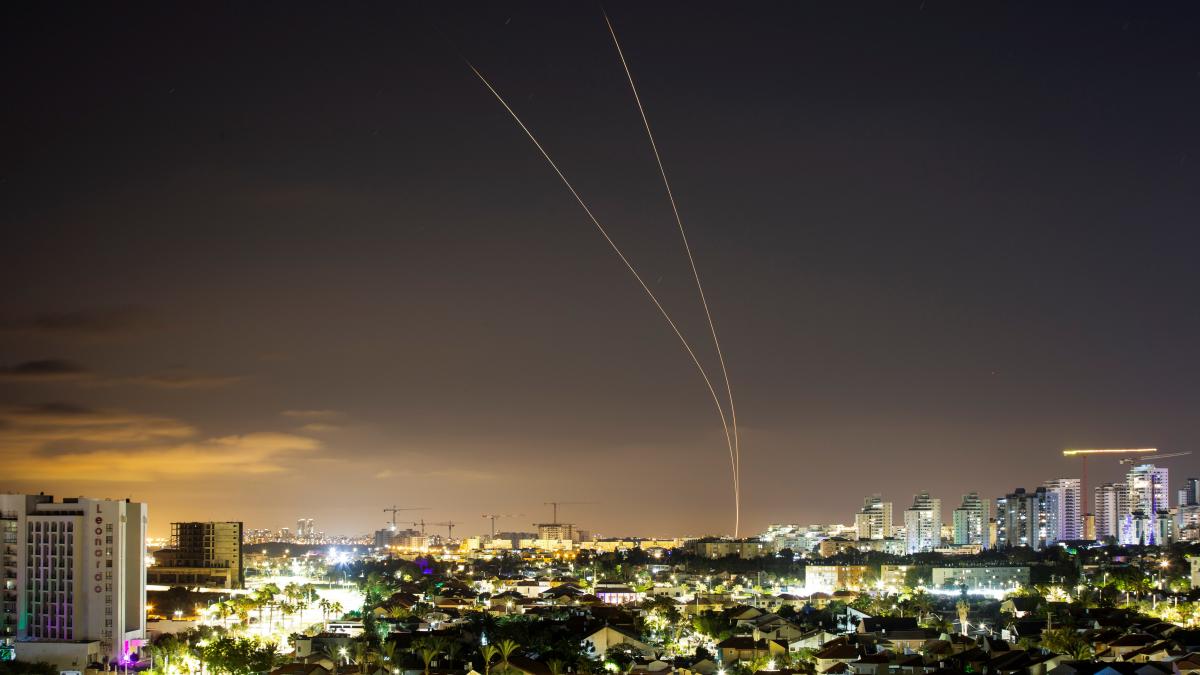 According to the Israeli military, three rockets were fired from Syria in the direction of Israel.

As the army announced on Friday evening, one of them fell on Syrian soil.

Israel's military did not initially provide any further details.

There were initially no reports of possible damage.

The army also announced that more than 2,000 rockets had been fired at Israel by Palestinian militants in the Gaza Strip since Monday evening.

The iron dome interception system intercepted almost 1,000 of them.

The system detects approaching projectiles using a radar device and launches an interceptor missile in order to destroy the enemy projectile in the air, if possible before it hits it.

According to media reports, the Israeli military has strict orders to only launch interceptor missiles if an attack threatens populated areas.

The use of an interceptor missile costs the equivalent of around 66,000 euros, according to media reports.

Israel's army has responded to the shelling since Monday with attacks on targets of the Hamas terrorist militia in the Gaza Strip, mainly by the air force.

The Palestinian group is classified as a terrorist organization by Israel and the EU.

Attack on a Hamas tunnel system

During the night from Thursday to Friday, the Israeli army attacked an important Hamas tunnel system with a major attack.

"Many kilometers" of the network have been damaged.

According to the Ministry of Health there, more than 120 people have been killed and 900 injured in Gaza since the conflict escalated on Monday evening.

As the Israeli army announced, eight people were killed in Israel by the rocket fire in the past few days.

In addition, around 350 Hamas rockets have failed and fell in the Gaza Strip in the past three days, killing civilians.

In the West Bank there were new clashes between Palestinians and Israeli security forces in several places on Friday.

According to the Palestinian Ministry of Health, eight people died.

50 Palestinians were also injured by bullets and rubber bullets.

Israel's army initially did not respond to inquiries about the incidents described.

According to the army, an Israeli soldier had previously shot and killed an attacker in the West Bank.

The man tried to stab the soldier at a military post.

There were also riots again in Israeli places where a high proportion of Arab Israelis live.

There is now a curfew in the city of Lod, and additional security forces have been distributed throughout the country.

The situation has not yet calmed down completely: On Friday night, the police arrested rioters again who threw stones and incendiary devices.

The US is continuing its efforts to de-escalate the conflict. The top diplomat Hady Amr arrived in Israel on Friday to try to mediate. The US embassy in the country posted a photo of his arrival. US Secretary of State Antony Blinken said on Wednesday that he had asked Amr to meet with Israeli and Palestinian officials to seek de-escalation on behalf of US President Joe Biden.