Mane and a new crisis in Liverpool ... a lack of respect or an acceptable outrage? 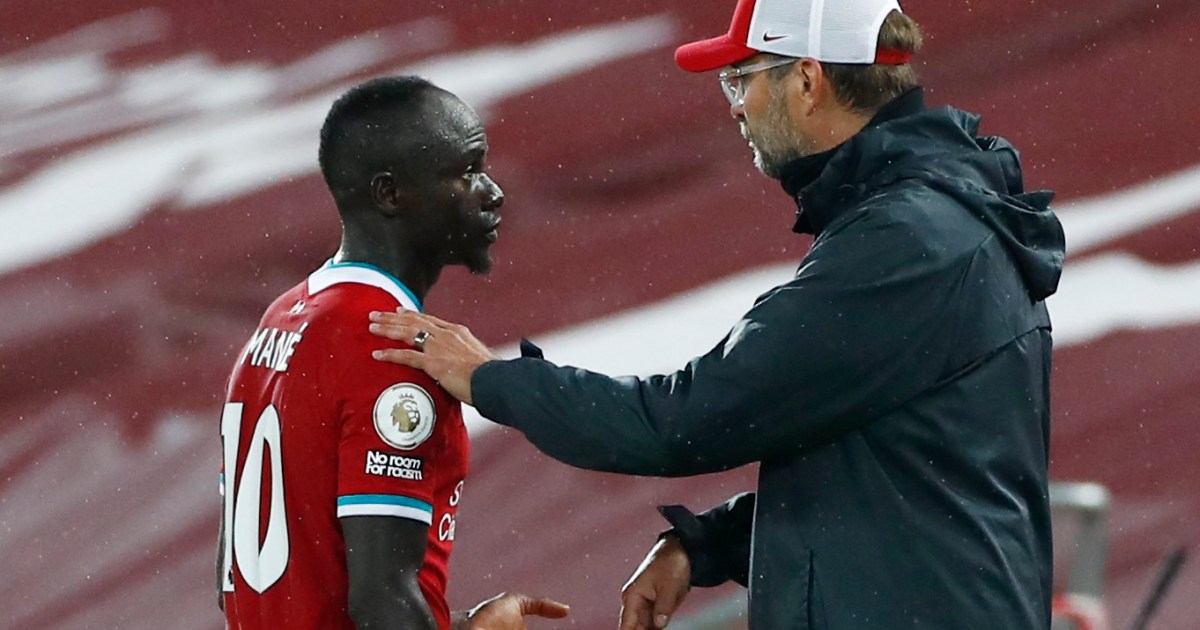 Sadio Mane, the Senegalese striker for Liverpool, sparked controversy after his strange shot with coach Juergen Klopp following the end of the team's match against Manchester United on Thursday.

Liverpool kidnapped an important victory over Manchester United, 4-2, which allowed the colleagues of the Egyptian star Mohamed Salah to preserve their chances of occupying one of the first four places to qualify for the Champions League next season.

The match witnessed the absence of Sadio Mane from the starting line-up for Liverpool in favor of Diego Gotha, and the Senegalese striker participated from the 74th minute.

It seems that the decision did not like Mane, who refused to shake hands with his German coach after the end of the match, in a shot that baffled Jürgen Klopp and the viewers.

Klopp tried to downplay the importance of the accident, and said that he used to talk to his players in the event that decisions were made about the starting line-up, and he explained the situation to them before the matches.

The German coach said, in comments after the match, that he made his decision about excluding Mane from the starting line-up late, and he had not had the opportunity to speak with the Senegalese striker about that.

He added, "Football is an emotional game and everyone expects us to control our feelings, but that does not help, and this is the case. It happened to me as a player, and it happened to other players when I was their coach."

"Do you want these things to happen again? No, but it is not the first time in my life and I am afraid to say that it will not be the last. If someone shows me respect 5 million times and does not show it to me once, then what is important about it?"

Liverpool is fifth in the Premier League standings with 60 points, 4 points behind fourth-placed Chelsea.