Building rubble on the forest path, electronic scrap in the public waste bin - the problem of illegal waste disposal increased in Brandenburg during the Corona crisis, according to several cities. The problem has several causes. 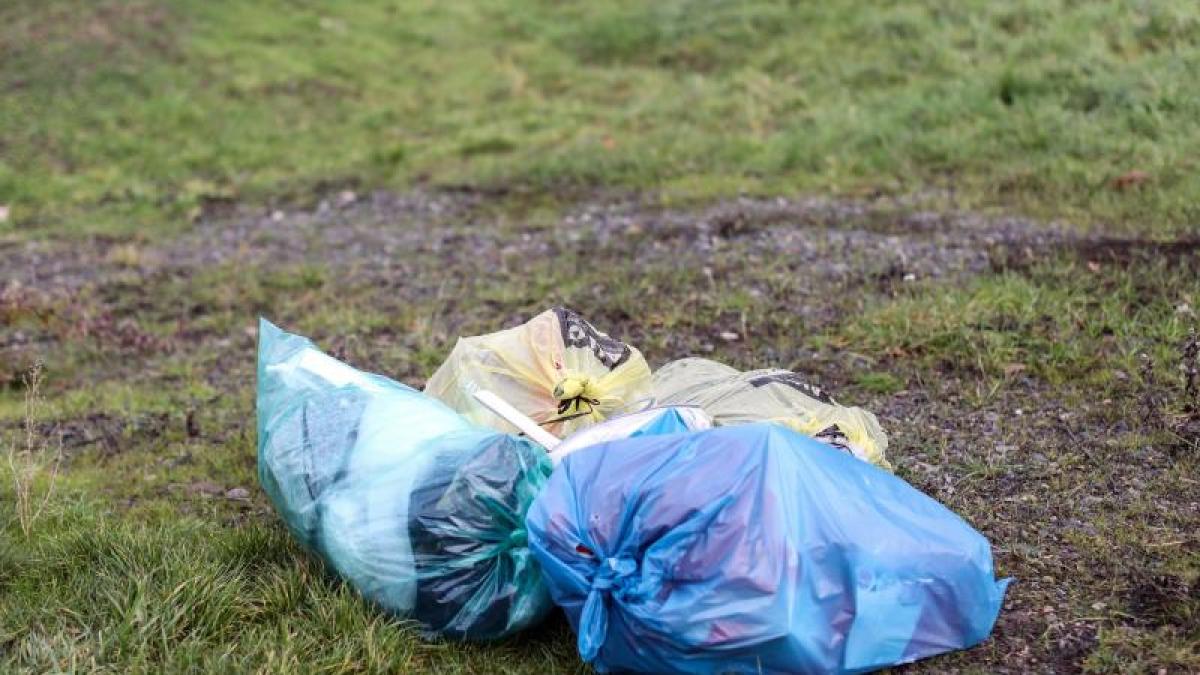 Potsdam (dpa / bb) - Thousands of tons of illegally deposited waste are disposed of in Brandenburg every year - the Corona crisis has exacerbated the problem, according to some municipalities. According to the Federal Environment and Nature Conservation Germany (BUND) in Brandenburg, 6000 tons, 500 tons more illegally dumped garbage were disposed of in the country in 2019 than in the previous year. The environmental association does not yet have nationwide figures for 2020. "But I have the impression that since the beginning of the pandemic, more and more garbage has been illegally dumped by individual citizens," said BUND nature conservation officer Axel Heinzel-Berndt.

The examples of individual municipalities underpin his impression. In Frankfurt (Oder), 60.39 tons of improperly disposed of rubbish was generated last year. In the previous year it was only 38.95 tons, as city spokeswoman Kora Kutschbach announced. The disposal costs would have increased in 2020 to around 37,680 euros by almost 6,000 euros compared to 2019. That year, by April, the city had already recorded more than 14 tons. The information received from citizens remained at about the same level.

In 2020, Potsdam generated over 573 tons, almost 220 tons more illegally deposited waste than in the previous year.

According to city spokeswoman Juliane Güldner, the disposal costs have risen to almost 176,500 euros by 64,000 euros compared to the previous year.

While bulky waste and tires were often illegally disposed of in public streets, pollutant-containing waste such as asbestos panels ended up in the forest, as did construction rubble.

In Cottbus, the amount of bulky waste increased by twelve percent from 4710 tons in 2019 to 5273 tons in 2020. "In addition to the registered bulky waste, there is often illegally packed waste," reported city spokesman Jan Gloßmann. This would also include electronic scrap or paint residues. "The problem is that more and more citizens reveal their bulky waste too early or unannounced," said the city spokesman. Once the garbage is there, the inhibition threshold is lower to simply add something. Waste that is not bulky waste ended up on this heap.

"Actually it is not understandable, after all, there are recycling centers everywhere where garbage can be disposed of free of charge," said Heidrun Schöning, spokeswoman for the Brandenburg Nature Conservation Union (Nabu). She also criticizes the fact that agricultural waste is lying in the countryside. "Cords in particular are fatal to the bird world," said the Nabu spokeswoman. Not only directly - for example by strangling - but also indirectly: Plastic parts are built into nests, the rainwater cannot run off and so young birds die.

There are many possible reasons for an increase in illegal waste.

"It probably has to do with the fact that many people in the lockdowns take the time to clear out the basement or floor," said Cottbus spokesman Gloßmann.

Heinzel-Berndt brings the recycling centers, which were temporarily closed due to the pandemic, into play.

According to the BUND state chairman, Carsten Preuss, another cause is that waste owners put their waste and its disposal on internet platforms and the one who claims the lowest disposal costs receives the bid for disposal.

“This waste often ends up in nature,” he said.

In the case of illegal rubbish dumps, Preuss differentiates between garbage bags in the forest and commercial waste in nature, and also waste storage facilities from formerly operated waste treatment plants.

A total of 75 illegal waste storage facilities are known in Brandenburg, and the State Office for the Environment is responsible for monitoring them.

Other camps are in the jurisdiction of the districts.

"There are also other cases of illegal waste disposal in the context of the operation of opencast mines," said the BUND state chairman.

According to the Brandenburg Waste and Land Act, administrative offenses such as illegal waste dumping can be punished with a fine of up to 50,000 euros, said Potsdam spokeswoman Güldner.

In 2020, the state capital was able to determine 32 polluters.

According to spokeswoman Kutschbach, there were 98 in Frankfurt (Oder) last year.

The Brandenburg Ministry of the Environment has no nationwide figures on illegal waste in the past year.

However, the increase in the 6,000 tons of illegally dumped waste disposed of by public authorities in 2019 is questionable, said ministry spokeswoman Frauke Zelt.

This was, for example, mixed municipal waste, bulky waste, old tires or construction and demolition waste.