Conflict in the Middle East: Another Israeli airstrike in the Gaza Strip

The conflict between Israel and the terrorist militia Hamas continues into the night. The Israeli air force attacked several targets in the center of Gaza city, the army announced. More than 2,000 rockets have been fired at Israel from the Gaza Strip since Monday. 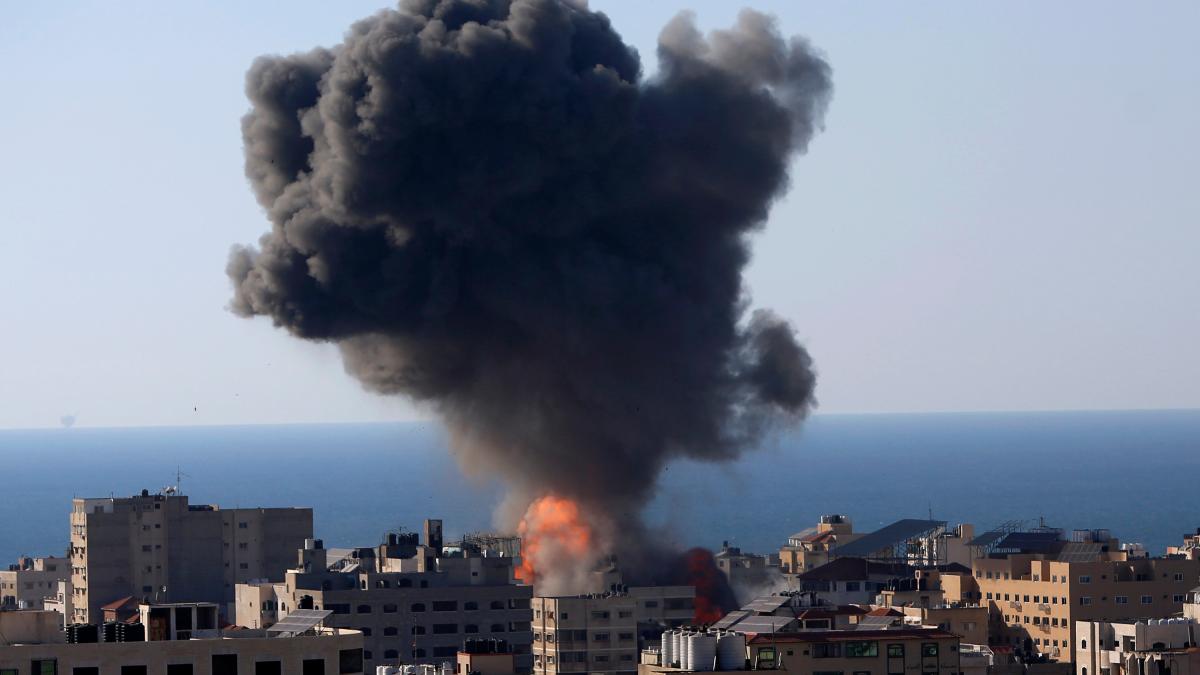 The armed conflict between Israel and the radical Islamic Hamas continues unabated.

The Israeli air force attacked several targets in the center of Gaza on Saturday night, the army announced.

A Hamas "operations office" was hit near the center of Gaza.

"All children are afraid and we are afraid for the children," said the Palestinian Kamal al-Haddad, who fled the air strikes with his family to a UN-sponsored school in Gaza.

Meanwhile, rocket attacks on Israel from the Palestinian Territories continued.

Missile alarms were heard in the south of the country.

More than 2,000 rockets have been fired at Israel from the Gaza Strip since Monday.

According to the authorities, nine people died, including a six-year-old boy and a soldier.

More than 560 people in Israel were injured.

The Israeli army has attacked nearly 800 targets in the Gaza Strip since the beginning of the week, including a Hamas tunnel system built under residential areas.

126 people were killed in Gaza, including 31 children.

About 950 other people suffered injuries.

The conflict also spread to the West Bank on Friday.

According to the Palestinian authorities, eleven people died there.

In addition, Israel continues to be shaken by violence between Jewish and Arab Israelis.

Since the beginning of the week, more than 750 people have been arrested because of the outbreaks of violence within the country.

The US sent its Middle East envoy Hady Amr to Israel because of the escalating conflict between Israel and the Palestinians. Vice-spokeswoman for the US State Department, Jalina Porter, said that he would hold talks with Israeli government officials and Palestinian leaders and campaign for “sustainable calm”.