Dubai Police: The warning stage has ended ... and immediate violations of those who do not comply with the procedures of "Corona"

Dubai Police announced that it has passed the advice and warning stage regarding violating the precautionary measures against the emerging corona virus (Covid-19), stressing that it violates the non-compliant in order to preserve the members of society who respect the law, and realize the importance of following the instructions in order to preserve their safety and security 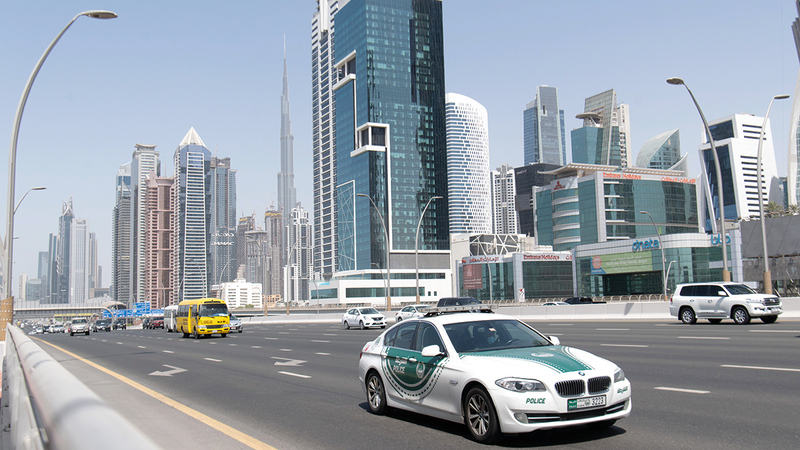 3000 policemen will secure the Eid events

Dubai Police: The warning stage has ended ... and immediate violations of those who do not comply with the procedures of "Corona"

Dubai Police announced that it has passed the advice and warning stage regarding violating the precautionary measures against the emerging corona virus (Covid-19), stressing that it violates the non-compliant in order to preserve the members of society who respect the law, and realize the importance of following the instructions in order to preserve their safety and the security of everyone.

The Acting Assistant Commander-in-Chief for Operations Affairs, Major General Abdullah Al-Ghaithi, said during a press conference about Dubai Police's preparations to secure Eid Al Fitr events, that what has been achieved positive results, whether at the level of the country or the emirate, has been achieved thanks to the cooperation of the public, pointing out that 3000 policemen will secure Eid events. in Dubai.

While the Director of the General Traffic Department, Brigadier General Saif Muhair Al Mazrouei, stated that Dubai Police will take strict measures against violators, whether in public places or even violators in homes, according to the decisions of the State Attorney General, pointing to the registration of two violators of people who did not abide by the decisions related to preventing gatherings or parties in Homes and private places.

In detail, Major General Abdullah Al-Ghaithi said, “The Events Insurance Committee in Dubai prepared early for the Eid al-Fitr celebrations in light of the possibility of expanding them during the Eid, and focused on measures related to ways to preserve the safety of community members, whether on the roads, beaches, malls, or even homes, And to ensure that everyone adheres to the precautionary measures.

He added that last year did not witness celebrations as everyone was affected by the Corona pandemic, pointing out that the situation will be relatively different in the current Eid due to the positive results achieved in the face of the pandemic at the state level in general and Dubai in particular, stressing that this does not conflict with the necessity of commitment to all Precautionary measures against the virus.

He pointed out that Dubai Police mainly focuses on providing the utmost means of happiness and safety for community members, so it has allocated 3000 of its personnel to secure Eid Al Fitr activities, including 500 land patrols and 32 bicycles, in addition to allocating 112 ambulances and 72 firefighting vehicles in different areas of specialization. In addition to marine patrols on the beaches.

Al-Ghaithi appealed to community members the need to communicate directly with Dubai Police, either through the unified call center 901 or via the smart eyes service, if any violation of the precautionary measures is detected, pointing out that there are 700 volunteers from community members who will cooperate with the police to ensure compliance with the precautionary measures against the Coronavirus.

He pointed out the need not to crowd, whether on beaches or shopping centers, adhere to a safe distance and wear masks, stressing that immediate violations will be issued to anyone who does not abide by the instructions, and the warning will not be satisfied as it was previously.

He explained that the volunteers will participate in awareness of the virus and the importance of adhering to preventive measures, in addition to informing Dubai Police personnel about the violators, but they are not responsible for writing the violations themselves because they are limited to law enforcement personnel.

For his part, Brigadier General Saif Muhair Al Mazrouei said that Dubai Police has passed the advisory stage, and there is no longer an alternative to violating and punishing those who are not committed to the precautionary measures, given the danger they represent to themselves and the other committed majority.

He added that there is also monitoring of gatherings in homes and private places, and the decision included a fine of 10,000 dirhams for those who invited and organized and 5,000 dirhams for everyone who participated.

On Corona's violations in public roads or cars, Al Mazrouei said that there are clear decisions in this regard that the Dubai Police are obligated to implement, pointing out that the violation of not wearing the muzzle is recorded in the presence of it, and it does not apply to a person alone in the car, and whoever was violated in absentia can review the Dubai Police.

He added that this also applies to the violation of the number allowed to ride a single car, as it must be applied in attendance as well to ensure that those in the vehicle are not members of one family.

He pointed out that the traffic patrols will take over the security of Eid chapels, malls, parks and gardens, calling for adherence to traffic guidelines to avoid crowding.

He stressed that the positive results achieved in confronting the virus depend greatly on the awareness, commitment, and willingness of members of the public to be vaccinated against Corona.

The director of the Ports Police Station, Colonel Hassan Suhail, said that the center launched a campaign "Eid without accidents on the beaches" in preparation for receiving thousands of beachgoers during the Eid holiday, and for this, more than 24 regular patrols, 21 maritime patrols, 42 rescuers, and 18 air patrols were prepared for this. And 12 rescue patrols, in addition to 127 rescuers belonging to the Dubai municipality, to be used in case of emergency.

He added that beach security personnel will be deployed along nine beaches in Dubai, to ensure compliance with precautionary measures, enhance the safety of community members, and ensure their enjoyment in a safe and happy atmosphere.