Corona lockdown: Spahn outlines his plan for openings in a letter

Gastronomy, retail, museums: In a letter to his country colleagues, Health Minister Jens Spahn formulates “rules of thumb” for the next steps in opening. He warns of a "political race to relax". 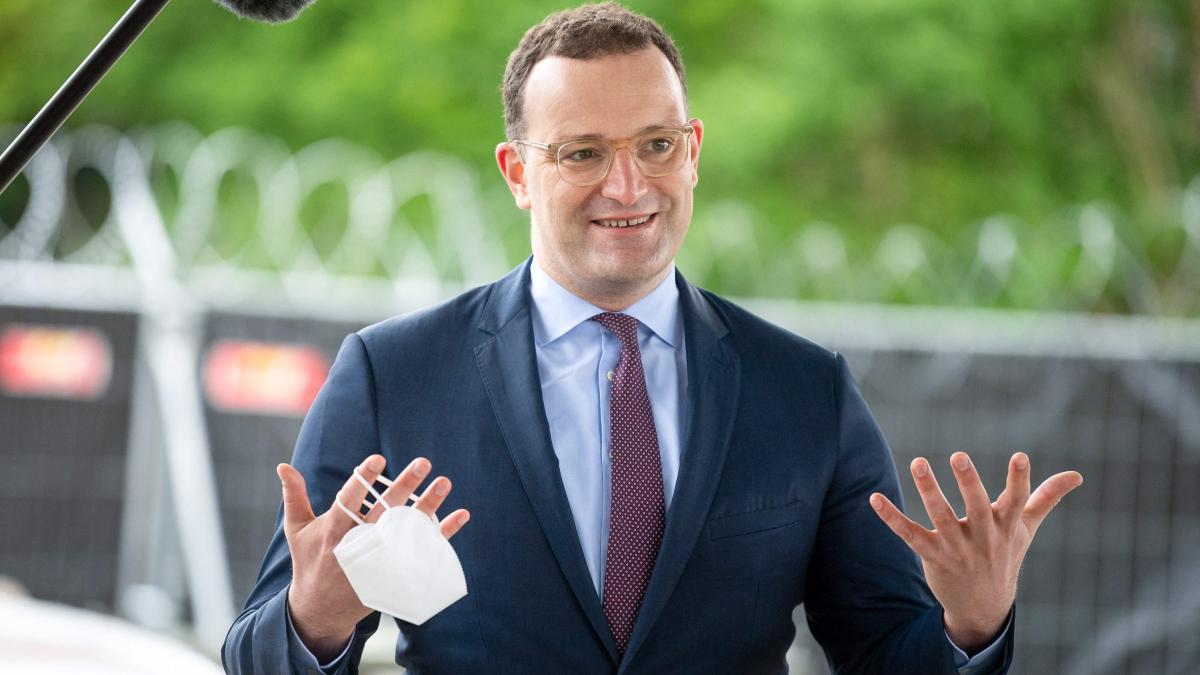 Federal Health Minister Jens Spahn (CDU) has spoken out in favor of a mix of "confidence and prudence" for the further course of action in the corona pandemic and has outlined recommendations for further opening steps.

“Together we seem to succeed in breaking the third wave.

But the number of infections is still too high, ”said Spahn in a letter to his country colleagues that was available to the dpa news agency and about which the“ Süddeutsche Zeitung ”previously reported.

"If too much is loosened too quickly and mutual caution diminishes, there are enormous risks for another sharp increase in the number of infections," warned the minister.

"What must be avoided at all costs is a political race to relax, especially in the election year," added the CDU politician.

Now it is a matter of "building and securing a bridge over the second quarter into the summer".

"Intensive testing in all living environments" is necessary as a basis for gradual openings.

"The end of the bridge has been reached when we have been able to increase the vaccination rates in such a way that unvaccinated people can no longer cause any infection dynamics that could endanger the health system," emphasized Spahn.

The minister formulated “rules of thumb” in his letter.

So it is ten times as safe outside as inside.

Half as many people in the room reduced the risk of infection to a quarter.

Masks and testing for everyone also made the family reunion inside much safer for everyone.

With a seven-day incidence of less than 100 new infections per 100,000 inhabitants, according to Spahn, private meetings should only take place with another household in the coming weeks and taking protective measures into account.

In schools, two negative tests per week should be a prerequisite for participation in face-to-face classes.

Retail, museums and services close to the body should be made possible with a daily negative test, for vaccinated and convalescent people and in compliance with the mask requirement.

From Spahn's point of view, there may be further openings if the seven-day incidence in a district or an urban district falls below 50 for more than five consecutive days, provided that at least 28 days have passed since the incidence fell below 100.

Then, under certain conditions, indoor catering, indoor culture and accommodation facilities could reopen.