Chile: towards a new Constitution

This Saturday, May 15, the Chileans elect the members of the Constituent Assembly responsible for drafting a new Constitution. It is the beginning of a long democratic process torn apart by the street. Exchange… 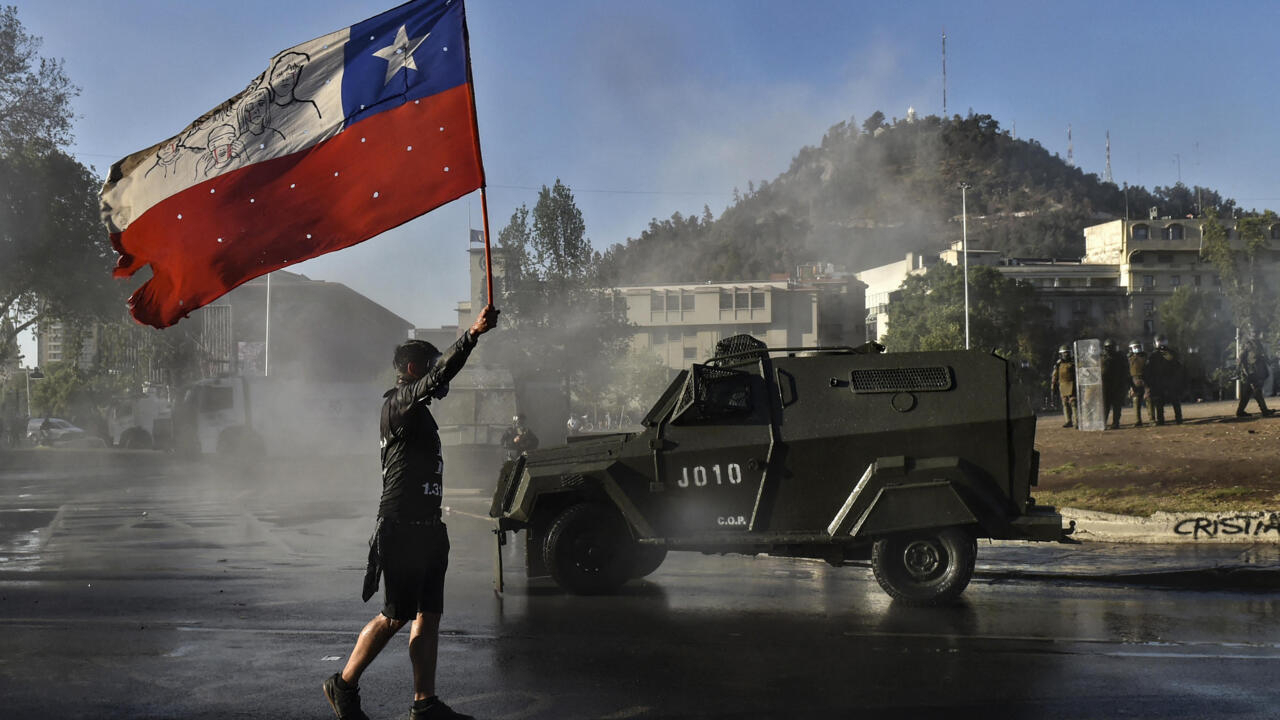 Chile: towards a new Constitution

Inequalities widened in Chile, which voted for a new Constitution.

Here a demonstrator waving a flag in a demonstration on November 6, 2020 (Image illustration).

This Saturday, May 15, the Chileans elect the members of the Constituent Assembly responsible for drafting a new Constitution.

It is the beginning of a long democratic process torn apart by the street.

Changing this basic law, inherited from the Pinochet dictatorship, was one of the main demands of the 2019 popular uprising against social inequalities.

In October 2020, more than 78% of Chileans voted in a referendum in favor of replacing the Constitution.

At the end of this weekend, the country will know the composition of the Assembly which will draft it.

Several rules have been negotiated between the Piñera government and political parties in recent months. First, the Constituent Assembly will be fully equal, which is a world first. More than 45% of the seats will necessarily be occupied by women, which is a victory for the

It is a very dynamic movement, which has been the spearhead of recent mobilizations and which has made it very clear that there would be no change of the Constitution without women

for indigenous representatives, such as the Mapuche, who will try to advance their struggles and finally be recognized in the future fundamental charter of the country.

These are important advances, especially in a Chile which remains very conservative, where the parties are obsessed with the question of stability, of consensus",

This Assembly will have nine months - a maximum of one year - to draft the text which will replace the Constitution dating from the dictatorship of Augusto Pinochet (1973-1990).

It is above all a model of society that is rejected.

The 1980 Constitution established an economic model based on the privatization of public property,”

Education and health are privatized. Even water is privatized, although it is a fundamental right. This Constitution has built a very unequal neoliberal model. The objective of this new fundamental law is to create a model country in which all these public goods would be accessible to all Chilean citizens. "

These inequalities have widened further since the social movement of 2019, due to the pandemic. "

Beyond the participation rate of this weekend, it is the capacity of this Constituent to respond to social concerns that will be the key to its legitimacy.

Still, it will be difficult to meet expectations, as each article must be approved by a two-thirds majority.

With a third of the votes, the constituents will be able to block a set of measures.

Hopes for social transformations, which are very strong, risk being showered by a Constituent within which the major parties will be able to permanently block everything they consider to be too important ruptures or transformations.

These are the same parties which, for 30 years, have not wanted to change the Constitution or have not done everything to change it.

2021: an important election year in Chile

While this new Constitution is a good starting point, it will not be able to reduce inequalities on its own.

But once the new text makes these structural reforms possible, it will take the political courage and the sufficient majority in Parliament to be able to put them in place.

In addition to the members of the Constituent Assembly, the Chileans are also electing their mayors, city councilors and governors this weekend.

These polls serve as a test before the presidential election in November, in a context of the isolation of President Sebastian Piñera.

He is a president completely charred politically, he is below 7

Hence the importance of this election, because many candidates will play their card to measure their popularity.

Chile wants a citizens' and equal assembly for its new Constitution

In Chile, feminists mobilized for the new constitution