The three-day ceasefire in Afghanistan was broken on Friday with an attack on a mosque on the outskirts of Kabul. At least 12 people died. 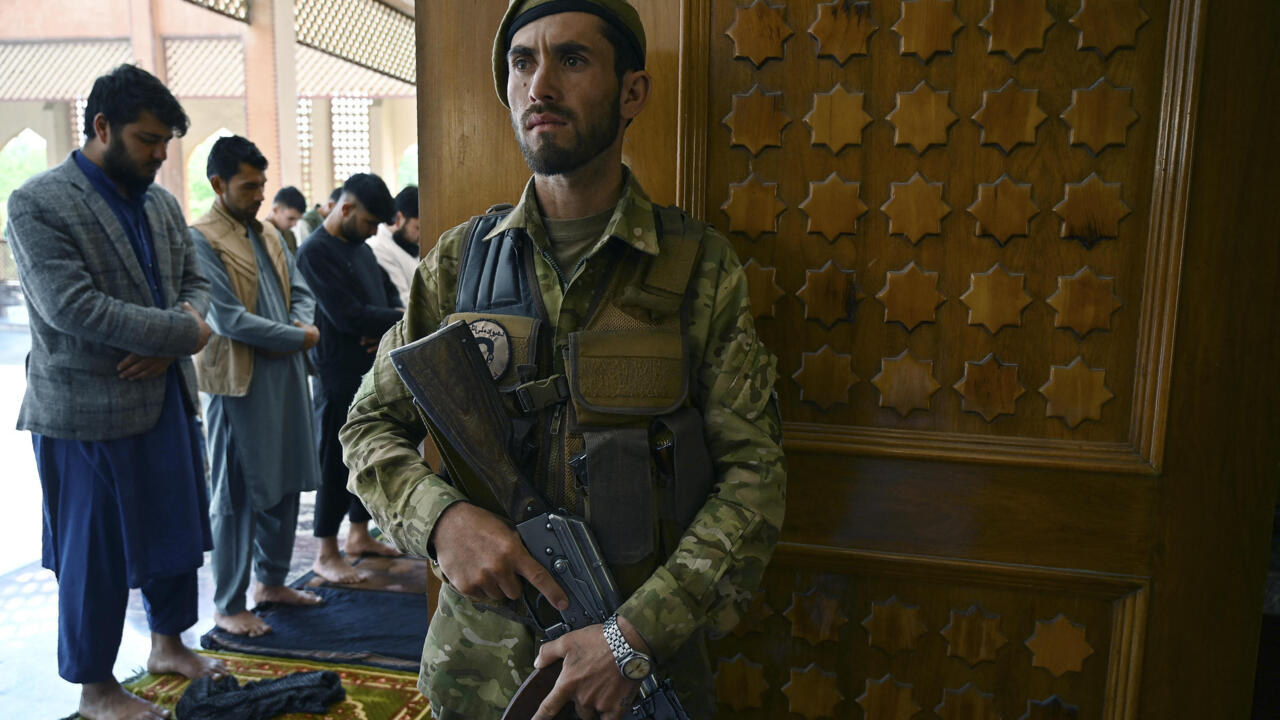 An explosion left at least 12 people dead on Friday (May 14th) in a mosque in the suburbs of Kabul, shattering the provisional ceasefire of Eid al-Fitr, shortly after the US withdrawal from the air base in Kabul. Kandahar, one of the most important in Afghanistan.

The attack occurred during prayers on Friday, in addition to the victims about fifteen wounded among the faithful, according to the police.

He intervened on the second day of a three-day ceasefire between the Taliban and Afghan forces on the occasion of Eid al-Fitr, the Muslim holiday that marks the end of the Ramadan fast.

Since May 1, when the United States was supposed to have withdrawn its 2,500 troops still present, the country has been plagued by an upsurge in violence as American forces continue to leave the country.

>> To read: A provisional ceasefire for Eid between the Taliban and Afghan forces

Just last week, US planes struck from Kandahar Air Base to lend a hand to Afghan forces trying to repel a massive Taliban offensive.

"This base has not been officially returned to us but I can confirm that they left it on Wednesday," said Khoja Yaya Alawi, an Afghan army spokesman in Kandahar.

"They handed over all the installations to the Afghan forces," said the director of the Kandahar airport.

A formal handover is due to take place after Eid al-Fitr, the two officials said.

This base was at one time the second most important for the American and international troops present in the country.

Kandahar province is a former Taliban stronghold in southern Afghanistan and in recent months has been the scene of clashes between insurgents and Afghan forces.

Intensification of the fighting

Washington and NATO have pledged to withdraw all of their troops still in place by September 11, the 20th anniversary of the 2001 attacks. The US military announced on Tuesday that it had advanced 6 to 12 % in its withdrawal from Afghanistan.

Few believe that the Afghan forces will be able to face the Taliban without the protection of the American air and special forces.

>> To read: Departure from Afghanistan: the growing anxiety of ex-employees of the French army

In recent weeks, fighting has intensified in some provinces and on Tuesday the Taliban seized a government-controlled district on the outskirts of Kabul.

Fighters are increasingly circling major urban centers, suggesting they wait for the Americans to withdraw before launching large-scale offensives against cities across the country.

On May 8, more than 50 people were killed and around 100 injured in a Shiite Hazara neighborhood in the west of the capital in a series of bomb explosions placed in front of a girls' school.

It was the deadliest attack in a year.

The authorities accused the Taliban of being responsible for this attack, but the latter denied being the perpetrators.