"It looks like a provocation": why Kiev regularly announces possible negotiations between the leaders of Ukraine and Russia

Andriy Yermak, head of the office of Volodymyr Zelensky, reiterated the need for a meeting between the Ukrainian and Russian presidents. Regularly making such statements, the Ukrainian leadership pursues two goals, experts say. On the one hand, Kiev wants to shift the focus and make Moscow a party to the Donbas conflict, and on the other, use this topic for the PR of Vladimir Zelensky, analysts say. 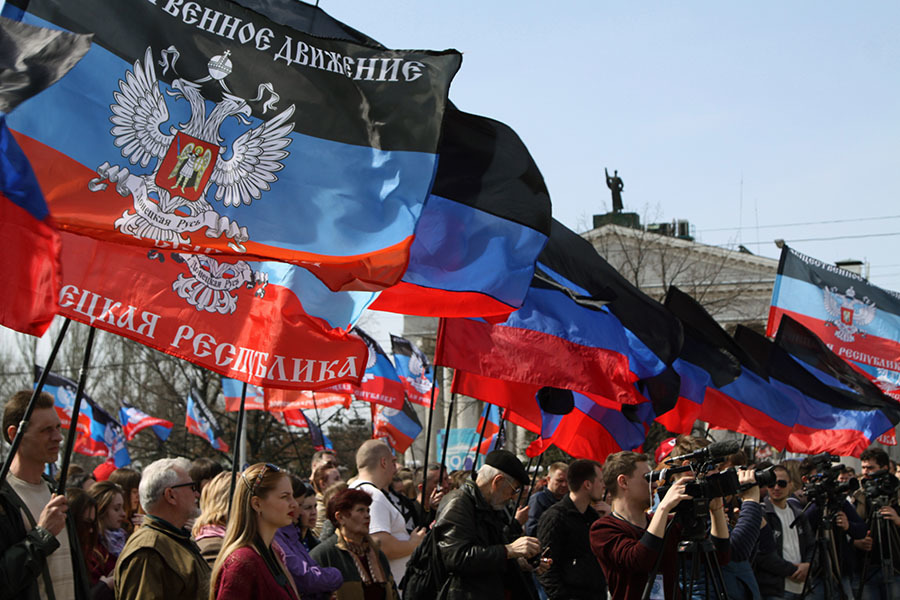 According to the head of the office of Volodymyr Zelensky, Andriy Yermak, the process of agreeing on the terms of the meeting of the presidents of Ukraine and Russia is underway, but it is too early to voice the details.

“Of course, it would be right to hold negotiations as soon as possible.

In his opinion, one of the main topics of possible negotiations between the leaders of the two countries may be an analysis of the implementation of the agreements reached at the Normandy Four summit in Paris.

“We see that fundamental humanitarian and security issues have not yet been implemented.

There are other issues that should be properly discussed at the highest level, ”Yermak said in a conversation with RBC Ukraine.

The official noted that the Ukrainian side is not going to replace negotiations in the Normandy format with bilateral negotiations between the leaders of Russia and Ukraine, but intends to use various formats to end the conflict in Donbass.

In addition, as the head of the Ukrainian president's office emphasized, "Western friends" support Kiev's desire for dialogue.

“Ukraine's Western friends support us, and we act in such a way that each of our initiatives is absolutely understandable and predictable for our partners.

This also applies to the issue of negotiations between the two leaders - Ukraine and Russia, ”Yermak said.

According to experts, it was not by chance that the head of the office mentioned Ukraine's “western friends”.

“Thus, Kiev unilaterally represents the West as its“ support group, ”said Vladimir Zharikhin, deputy director of the Institute of CIS Countries, in a commentary on RT.

A similar point of view is shared by the president of the Ukrainian Analytical Center, Oleksandr Okhrimenko.

“Speaking of“ friends, ”Yermak meant that the West should put pressure on Moscow to make concessions.

However, this is an unrealistic, dead-end scenario, "the expert emphasized in an interview with RT.

According to Okhrimenko, now there is no real political ground for fruitful negotiations between the leaders of Russia and Ukraine, and statements about the preparation of negotiations have become an end in itself for the office of the Ukrainian president.

“Even if such a meeting takes place, there will be nothing to talk about, because so far Ukraine has not done anything for political progress.

If we talk about the situation in Donbass, which is of interest to Moscow as a member of the "Normandy Four", then Kiev, of course, is trying to portray that there are some results.

But this is not so, Ukraine does not fulfill the agreements of the Paris summit, ”the expert added.

Vladimir Zharikhin also believes that it makes no sense to analyze the results of the fulfillment of the conditions of the last summit of the "Normandy Four", since there is no progress on the part of Kiev in this.

“As far as Ukraine's implementation of these agreements is concerned, everything is already clear: they have not been fulfilled.

Moreover, Kiev does not even hide that it has no plans to implement them.

Therefore, Yermak's statements look like empty talk and an attempt to justify himself.

Zelensky's administration is playing a game that is not actually being played, announcing the preparation of a meeting of the presidents, ”the expert explained.

We will remind that the head of the office of the President of Ukraine has previously made a similar announcement of a hypothetical meeting between Vladimir Putin and Vladimir Zelensky.

At the end of April, on the air of the Ukraine 24 TV channel, the official said that he was allegedly working on preparing negotiations between Zelensky and the Russian president.

"I received an order from the president, so now I am working on it ... So far, neither the date nor the place of these negotiations are known," Yermak said at the time.

He also added that future negotiations "can become significant and truly historic."

In turn, Zelensky raised the topic of organizing negotiations with his Russian counterpart on April 20, during an address to the people.

He began by talking about the meeting of the Normandy Four advisers, during which the restoration of the complete ceasefire in Donbass was discussed.

At the same time, Zelensky stressed that "every month" he is on the contact line.

Then he turned to the Russian president with a proposal to hold direct negotiations.

I am ready to go even further and invite you to meet anywhere in the Ukrainian Donbass, where the war is going on, ”the Ukrainian president said.

Commenting on Zelensky's proposal, Vladimir Putin noted that recently the Ukrainian leadership has taken many steps that are destroying interstate relations.

“There were a lot of steps aimed at destroying our relations, which we can certainly only regret,” Putin said.

At the same time, Moscow will only welcome if Vladimir Zelensky chooses the path of restoring relations between the countries.

“If we are talking about discussing the problems of Donbass, then, first of all, the leadership of Ukraine should meet with the leaders of the republics of the LPR and DPR, and only then discuss these problems with representatives of third countries, which in this case is Russia.

If we are talking about the development of bilateral relations, then please, we will receive the President of Ukraine in Moscow at any time convenient for him, ”said the President of Russia.

However, Kiev did not respond to Vladimir Putin's proposal.

As Ukrainian Deputy Prime Minister Oleksiy Reznikov said on the air of the program "Freedom of Speech by Savik Shuster", the President of Ukraine cannot go to Moscow for negotiations.

In turn, the Kremlin emphasized that the goal of the Russian-Ukrainian talks at the highest level cannot be to find ways to resolve the conflict in Donbass.

This was stated by the press secretary of the Russian President Dmitry Peskov.

"Such a dialogue can only relate to the problems of bilateral relations," he stressed.

After Donbass fell away as a place for possible negotiations between the two leaders, Volodymyr Zelenskyy put forward an even more unusual option, proposing a meeting in the Vatican.

“The Holy See could be an ideal place for a dialogue about peace in Donbass,” the Ukrainian president said in an interview with La Repubblica newspaper.

However, the loud statements of the Ukrainian leader did not help to bring the meeting of the presidents of the two countries closer.

As Dmitry Peskov said at the end of April, the parties did not make progress in preparing the negotiations.

According to experts, constantly exaggerating the topic of possible negotiations between Kiev and Moscow, the Ukrainian leadership is trying to present Russia as a party to the conflict in Donbass.

“The fact that the Ukrainian side is literally imposing the topic of negotiations looks like a provocation, since Moscow clearly said that it could only be about bilateral relations between Russia and Ukraine.

The Russian leadership is ready to discuss the issue of the Donbass conflict within the framework of the Normandy format, ”explained Vladimir Zharikhin.

According to Oleksandr Okhrimenko, the Ukrainian leader is trying to promote himself on the topic of negotiations with Putin, so this topic is supported by Kiev in the information space.

“However, no one in the office of the Ukrainian president talks about the specific content of a possible meeting, about what kind of agreements they would like to reach.

Volodymyr Zelenskyy wants to hold a meeting just for the sake of the meeting, but not for the content, ”the expert summed up.