No Shit! This vegan farmer does not use animal manure

In other countries they were already there, in the Netherlands it is now also: the vegan farmer. Joost van Strien's Zonnegoed farm in the Noordoostpolder does not receive a kilo of animal manure. The harbinger of a new movement? 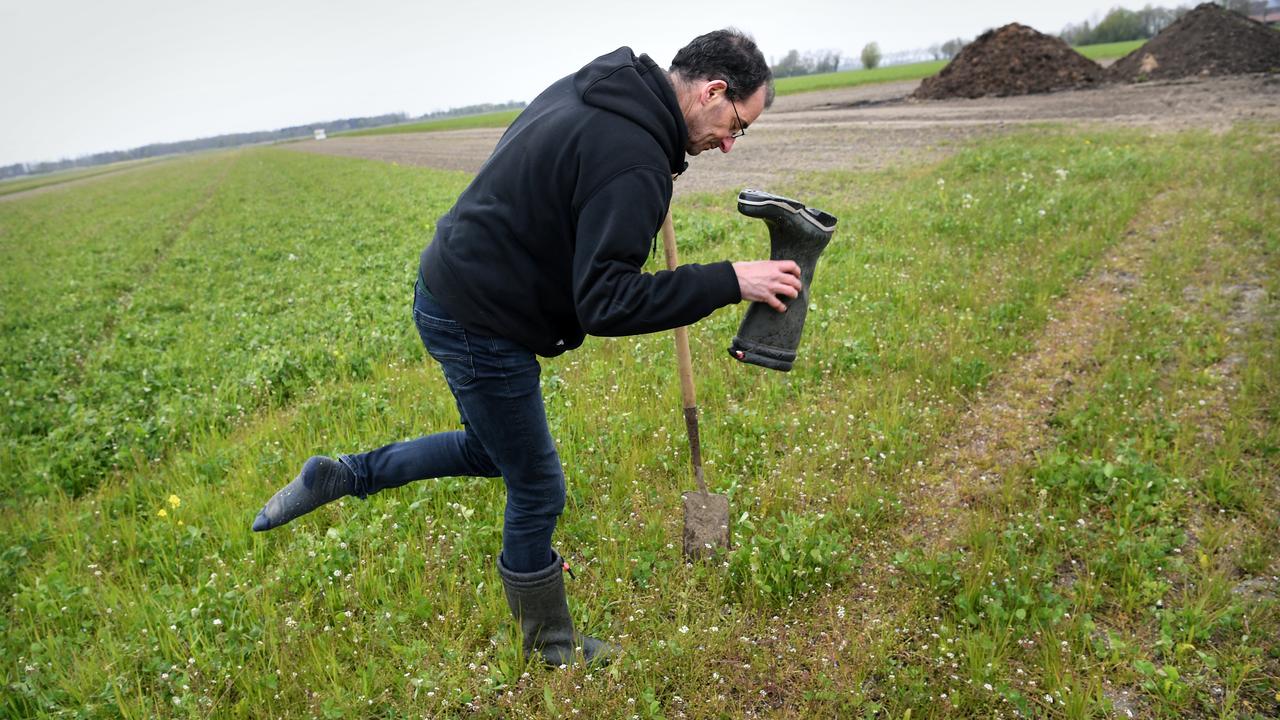 In other countries they were already there, in the Netherlands it is now also: the vegan farmer.

Joost van Strien's Zonnegoed farm in the Noordoostpolder does not receive a kilo of animal manure.

The harbinger of a new movement?

On Joost van Strien's land, the spelled is almost knee-high.

Green strands of young onions squeak above the ground in tight rows.

The potatoes have just been planted, Van Strien points out.

"Beetroot can also be planted soon."

, it seems, for an arable farm in the Noordoostpolder.

But it just seems so.

Because the vegetables in this field are special: they are grown one hundred percent vegetable.

Van Strien is the first certified vegan farmer in the Netherlands.

That sounds crazy, he admits in the canteen of his 93-hectare farm Zonnegoed in Ens, near Emmeloord.

Because vegetables are vegetable by themselves, right?

But farmers do use animal manure to feed their land.

For example, the cultivation of vegetables is inextricably linked to animal production.

Many people, including vegetarians and vegans, do not realize this according to him.

"When I explain that, they are surprised."

'it says on a flipchart in the canteen.

We have to take that literally, says Van Strien.

No more kilos of animal manure is received at his company.

"Recently an inspector came by, who also wanted to see my fertilizer accounts. It was empty."

It all started years ago with a study club of organic farmers, says Van Strien.

Organic farmers are not allowed to use artificial fertilizers and are therefore dependent on animal manure.

Because there is not enough organic fertilizer, they also have to supply regular fertilizer.

"I do everything I can to make my soil healthy. I was poisoning it with this."

There is something contradictory about it, says Van Strien.

"On my land I grew green fodder for cows. That was returned to my land via the cow as manure. A detour, in which many nutrients are lost."

Wouldn't it be possible, he thought, to devise a system that skips that step?

That it is possible has been proven.

in Kollumerwaard, Friesland, has been experimenting with arable farming that only uses vegetable fertilizers.

"Our question was: how far can you get with that?" Says project leader Geert-Jan van der Burgt.

Very far, it turns out.

The yield of the land grown vegan was much lower than that of a conventional farm, but comparable to that of an organic farm that does use animal manure.

On the other hand, there are other yields: the biodiversity on the vegetable-tilled land is high and the loss of nitrogen, a major problem in agriculture, is minimal.

There is only one thing, says Van der Burgt: vegan farmers have to reserve about one fifth of their land to plant green fertilizers.

That land is therefore not directly used productively.

On the other hand: "Cows also need land."

In the smoothed Noordoostpolder, Van Strien shows how it works.

He has sown strips on his land with 'cut-and-carry fertilizers' such as wild carrots, fescue, plantain, but also clover and alfalfa, plants that fix nitrogen from the air in their roots.

Now the skylark, singing its trills high in the air, is still allowed to nest in it.

When the birds have flown out, the crop is mowed, chopped and worked into the ground, after which beets or other vegetables are planted.

What is left is ensiled for next year.

An additional advantage: plant fertilizer does not stink.

Vegan farmers like Van Strien are a young movement.

There are a few companies in Germany, Greece, Romania, Austria, France and Cyprus that carry the

Zonnegoed is the only one in the Netherlands.

with a quality mark.

They go to Germany, where there is already demand.

"Next year we may also be on the market in the Netherlands. Buyers here don't understand it yet."

Its importance goes beyond a niche product for hardcore vegans, emphasizes Van Strien, who is not a vegan himself.

"But I'm going that way more and more."

While it provides less than 20 percent of the calories.

"If we want to feed ten billion people in the future, we cannot avoid producing more plant-based products."

He therefore finds the experiments with vegetable agriculture interesting.

"Not that I think it can be a model for all of agriculture, because with this system you do lose production. But we can learn from it."

Cut-and-carry fertilizers add nitrogen to the soil, an important growth fluid for plants.

What they don't provide is phosphate, another vital fertilizer.

To close the cycle, you would actually have to return humans to the system as the missing link by returning purified sewage sludge back to the land, says Van Ittersum.

"But we are not there yet."

These are concerns for the future, says Van Strien in the yard of his farm.

For the time being, the Dutch soil contains enough phosphate due to years of over-fertilization.

"We can use that for years to come."

He hopes to get something started with his example.

"It would be nice if there was a