His Highness Sheikh Mohammed bin Zayed Al Nahyan, Crown Prince of Abu Dhabi and Deputy Supreme Commander of the Armed Forces, received a verbal message from the sister of the sisterly Hashemite Kingdom of Jordan, King Abdullah II bin Al Hussein, related to the brotherly and strategic relations between the two brotherly countries and ways to develop them. 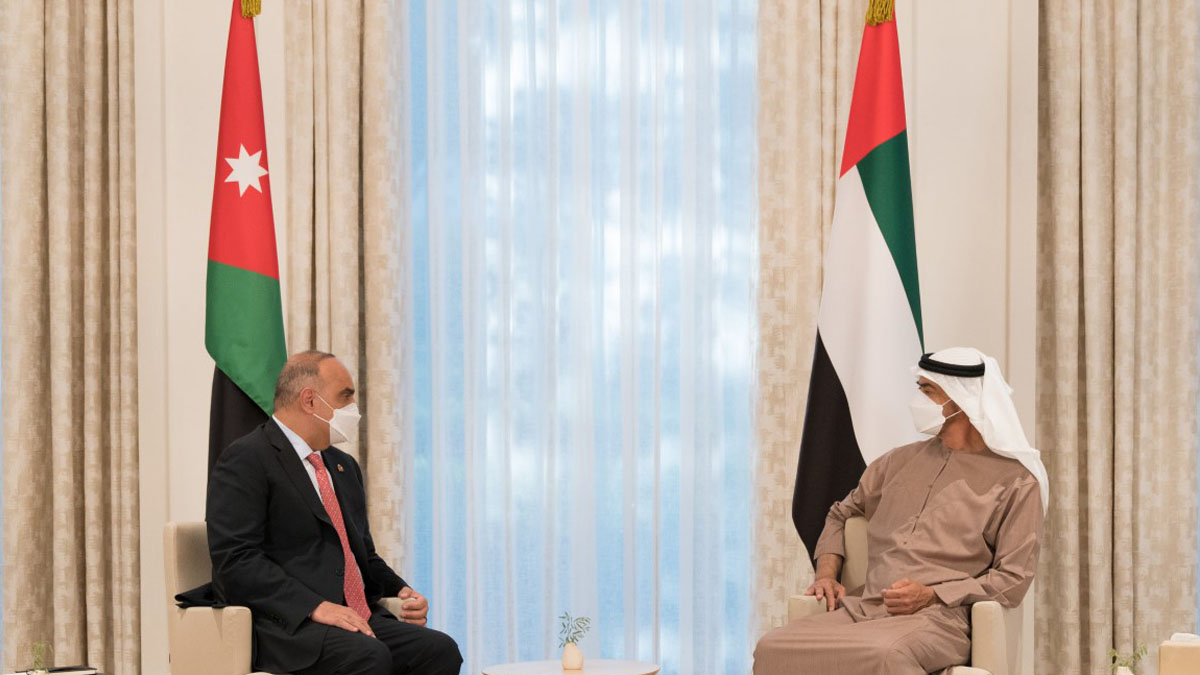 related to the brotherly and strategic relations between the two brotherly countries and ways to develop and strengthen them in various fields, including their mutual interests, in addition to Developments in the situation in Al-Quds Al-Sharif.

Conveying the message to His Highness .. Prime Minister of Jordan, Dr. Bishr Al-Khasawneh, during his highness’s reception at the Beach Palace in Abu Dhabi.

His Highness and the Jordanian Prime Minister exchanged congratulations on the approaching Eid al-Fitr and wishes that it will be an occasion for good and peace for the two countries and their brotherly peoples, all Arab and Islamic peoples and the whole world.

And Dr. Bishr Al-Khasawneh conveyed to His Highness Sheikh Mohammed bin Zayed Al Nahyan the greetings of King Abdullah II bin Al Hussein, King of the Kingdom of Jordan, and his wishes for the UAE and its people for continued progress and stability.

During the meeting, they discussed the strong fraternal relations between the UAE and Jordan and ways to support and strengthen them in various fields in addition to a number of issues of common concern at the regional and global levels, foremost of which are developments in the Arab region and the situation in Jerusalem in light of recent developments and joint work to strengthen the pillars of security and peace in the region. .

His Highness listened to Dr. Bishr Al-Khasawneh about the efforts made by the Hashemite Kingdom of Jordan under the leadership of His Majesty King Abdullah II bin Al Hussein to care for Islamic and Christian holy sites in Al-Quds Al-Sharif in light of the current developments in the city of Jerusalem and their repercussions. In Palestine and preserving its identity.

His Highness expressed his concern about the violent events taking place in occupied East Jerusalem, which resulted in the injury of a number of innocent civilians ... affirming his highness his condemnation of all forms of violence and hatred that are inconsistent with humanitarian values ​​and principles and the importance of ending the attacks and practices that lead to the continuing state of tension and tension in the Holy City. And stop any practices that violate the sanctity of the blessed Al-Aqsa Mosque.