Methane, the other "climate killer" ignored for too long

The UN has just warned of the need to do more to stem the rise in methane emissions in order to combat global warming. This greenhouse gas has long been neglected, ... 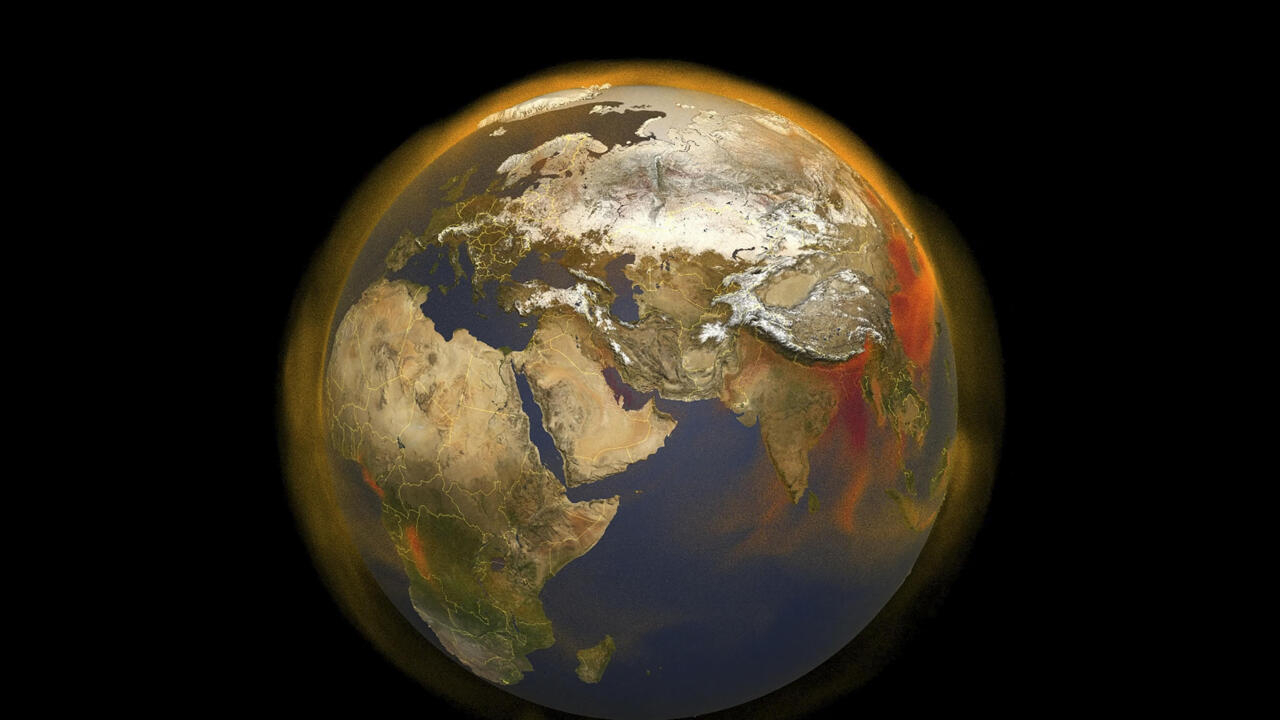 States' willingness to take concrete action for the climate is generally assessed in the light of their efforts to reduce these CO2 emissions.

It is to forget a little quickly the methane (CH4), insisted on the United Nations Development Program (UNDP) in a report published Thursday, May 6.

This document underlines the worrying increase in emissions of this greenhouse gas, the growing contribution of methane to global warming and, above all, that taking action to control methane emissions "can make it possible to score points quickly and at low cost. in the fight against global warming ", summarizes Grant Allen, greenhouse gas specialist at the University of Manchester, contacted by France 24.

"Compared to CO2, molecule for molecule, methane is much more harmful for the climate", warns this expert. A particle of this gas traps 86 times more heat than carbon dioxide over 20 years. If the world is so obsessed with CO2, it is mainly because humanity releases more of it into the atmosphere, which allows gas to occupy the first place of the list of "climate killers".

But "it is becoming urgent to stop neglecting methane", argues Euan Nisbet, researcher at Royal Holloway, University of London, and one of the main specialists in the climate impact of methane, contacted by France 24. In 2020 , methane emissions have reached an all-time high and their increase has not been affected by the pandemic, unlike CO2. More broadly, "compared to the trajectories that were established at the COP21 in Paris (in 2015), the increase in carbon dioxide emissions corresponds roughly to what we imagined, but for methane, it increases a lot faster than we had anticipated ", notes Euan Nisbet.

In other words, "if we do not do more to control them, there is potentially a risk that the increase in methane emissions partially cancels out the benefits of the efforts we have undertaken to reduce those of CO2", underlines Marielle Saunois, teacher. -researcher at the Laboratory of Climate and Environmental Sciences, contacted by France 24.

"Methane plays an important role in air pollution. It contributes to the formation of ozone near the ground," explains Euan Nisbet.

It is the concentration of this gas in the atmosphere that, in part, promotes ozone surges that can cause respiratory or heart problems.

The UN estimates that reducing methane emissions could directly lower the annual number of deaths from pollution.

Mystery of the beginning of the 21st century

The bad news is that scientists are struggling to understand precisely the reasons for the acceleration of methane emissions. We know that 60% of them come from human activity, and more precisely from agriculture, extraction and transport of fossil fuels, through methane leaks on industrial sites or pipelines, but also open dumpsites, where organic matter breaks down and therefore produces methane. Most of the rest comes from wetlands in the tropics and swamps.

What troubles scientists is that these emissions "experienced a period of calm in the early 2000s, and then from 2007, they started to rise again without ever stopping," explains Euan Nisbet. . This mystery of the first decade of the 21st century is not easily explained: breeders did not multiply overnight and humans did not stop extracting oil or coal until 2007.

The possible reasons put forward are not the most reassuring for the climate. One of them makes the increase in "natural" methane emissions the main culprit in this development. This is not to clear the customs of Man, who continued to emit more and more methane into the atmosphere. But at the same time, the Earth would have added its two cents to the story, "mainly because of the expansion of wetlands in the tropics," said Grant Allen of the University of Manchester.

"They have become both warmer and more humid, a perfect environment for certain micro-organisms which are large producers of methane", summarizes this expert.

At the same time, the expansion of wetlands has led to the development of agriculture in these regions of the world, which also contributes to the production of methane.

If these wetlands are gaining ground, it is "probably in part due to global warming, so a vicious circle has been set in motion," notes Grant Allen.

Climate change has shaped the conditions for increased methane emissions, which contribute to global warming and so on.

In addition, there are still huge methane reservoirs - especially in the Arctic region - waiting to be released as temperatures rise.

"And the whole question is, when will we have passed the point of no return," concludes Grant Allen.

But the good news is that it is easier and cheaper to reduce methane emissions than CO2 emissions.

The UNDP report thus insists on a series of measures already known which would make it possible to reduce the methane that humans release into the atmosphere by up to 45% by 2030. "This could lower the rise in temperatures of 0.3 ° C, which is very important, ”notes Grant Allen.

Industries could easily plug the leaks, which are responsible for a significant part of the CH4 released into the air, say UN experts.

It is also an area where developing countries - often the first victims of the consequences of global warming - are less at the mercy of the goodwill of the large industrialized countries, which are the main emitters of CO2.

"They can have a real impact by covering the many open dumps that are important sources of methane," notes Euan Nisbet.

The advantage of these measures is that "their cost is much lower for our way of life," says Marielle Saunois.

There is no question here of giving up your car or traveling less by plane, but of dealing with the problem of discharges or industrial leaks.

Above all, the effect would be beneficial in the very short term.

"Methane decays in the atmosphere in about ten years, so if we reduce emissions today, it will have an impact in a decade, while the life cycle of CO2 is much longer and in hundreds of years, "recalls Euan Nisbet.

Clearly, according to Marielle Saunois, taking methane as a target seems all that is most appropriate, "at a time when the emphasis is on the need for rapid and extensive action to fight against global warming ".