How has the Chinese American population structure changed from the flavor of Chinese food to the formation of communities? 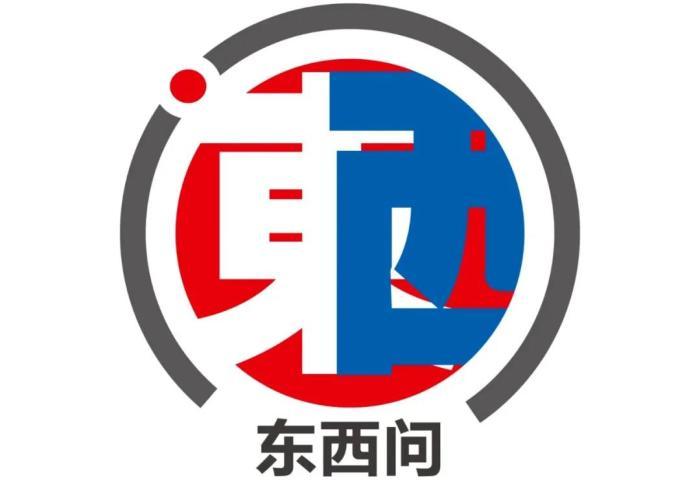 (Question about things) From the flavor of Chinese food to the composition of the community, how has the population structure of the Chinese in the United States changed?

China News Service, Beijing, May 10, title: From the flavor of Chinese food to the composition of the community, how has the demographic structure of Chinese Americans changed?

On April 26, local time, the results of the 2020 Census released by the U.S. Census Bureau showed that the U.S. population increased by 7.4% to 331 million people in the past ten years, the lowest growth rate since the 1930s.

What is the situation of the Asian population in the United States?

According to a report issued by the Pew Research Center on April 9th, between 2000 and 2019, the growth rate of the Asian population was the fastest among all ethnic groups in the United States, increasing from approximately 10.5 million people To a record 18.9 million people.

As the largest Asian ethnic group in the United States, the Chinese have a population of close to 5.5 million today.

Research has shown that new immigrants from different provinces in China have profoundly affected the culture and organization of the entire Chinese community.

Judging from the place of origin of the Chinese population in the United States, 90% of the overseas Chinese of Cantonese origin before World War II, most of them settled in Chinatowns in major cities such as San Francisco, Los Angeles, Honolulu, Seattle, Portland, New York, Chicago, Boston, and Philadelphia.

And now the source of Chinese immigrants is very diverse, with people from all provinces in China immigrating to the United States.

After the passage of the New American Immigration Law in 1965, because most of the Chinese immigrants who moved from Taiwan to the United States did not have their place of origin in Guangdong Province, the advantages of overseas Chinese of Cantonese origin began to weaken.

After the 1990s, the number of professional and skilled immigrants outside of Guangdong Province who settled in the United States through studying abroad has rapidly increased.

Most of these highly educated talents went to the United States for further studies from well-known universities in Beijing, Shanghai, Tianjin, Jiangsu, Zhejiang, Hubei, Shaanxi and other places, totaling more than 1.2 million people.

Cantonese immigrants to the United States have a long history and a relatively deep foundation. The Peranakan population has a large population base and a deep integration into mainstream American society. Currently, overseas Chinese in Cantonese (including Peranakans) still account for the highest proportion of the total Chinese population in the United States. Accounted for 30%-40%.

From the perspective of population size, the Fujianese overseas Chinese rank second, with about 1 million.

After the 1990s, irregular immigrants from Wenzhou, Zhejiang and the three northeastern provinces also gradually increased.

There is a certain concentration and uniqueness in the composition of immigration types in different regions. For example, most of the immigrants from the Pearl River Delta of Guangdong go to the United States by way of family reunion, and most of the immigrants from large and medium cities such as Beijing and Shanghai apply for professional visas instead of studying abroad.

Data map: On the third day of the Lunar New Year on February 14, 2021 local time, New Yorkers in the United States dine in an old restaurant in Chinatown to experience the Chinese New Year.

With the diversification of the ancestral composition of the Chinese American population, their daily language use has also undergone significant changes.

According to research, in the 1980s, Cantonese was still the main language in Chinatown in major cities such as San Francisco, Los Angeles, and New York.

With the increase in the number and influence of new immigrants from mainland China other than Cantonese, Putonghua has become increasingly popular in the Chinese community and has become the common language of different dialect groups.

Nowadays, most Chinese schools speak Mandarin, and the teaching of simplified characters is gradually increasing.

The Chinese Christian Church, which originally used Cantonese as the main language of worship, local pastors and fellowship organizers have also worked hard to learn Mandarin in order to attract more new immigrants from mainland China to join the church.

It is worth noting that due to the growth of Fuzhou immigrants, Fuzhou dialect has become the second largest dialect in New York’s Chinatown.

In addition, dialects such as Chaozhou dialect, Shanghai dialect, and Wenzhou dialect have gradually appeared.

Nowadays, many Cantonese restaurants have developed from small family-style operations to modern operations, and large restaurants with luxurious decorations and rich oriental styles have been built, and they are named with magnificent names.

Chinese restaurants operating other cuisines were first brought up by former National Government officials and their family members who had retired from Taiwan after they immigrated to the United States.

The most representative one is the "Fu Lu Shou" restaurant opened in San Francisco by "Queen of Chinese Food" Jiang Sunyun in 1968, serving authentic and classic Beijing, Sichuan and Hunan dishes.

Subsequently, in New York, Chicago, Washington and other places, more and more non-Cantonese restaurants emerged, and they were even popular with non-Chinese diners.

As professional and skilled immigrants settled in the suburbs of the United States, mid-to-high-end Chinese restaurants with various local flavors that cater to their needs have rapidly emerged.

In addition to high-end Chinese restaurants, after the mid-1980s, small Chinese takeaway restaurants operated by new immigrants from Fuzhou quickly emerged. Generally, only a couple of people need to hire one or two helpers to open them. They are inexpensive and good-quality, satisfying low incomes. The needs of the group.

One of the most famous is Panda Express, which was founded in 1983.

The successor of the traditional overseas Chinese group, the lack of fellow hometown associations, etc. have emerged one after another

Due to China's vast territory, there are great differences in local customs and languages. When someone immigrates to the United States from a certain place, in order to meet the needs of social connections or have difficulties that need to be resolved, it is natural to find help from fellow villagers.

In the mid-to-late 19th century, the predecessors of Cantonese established geographic associations, blood-related clan associations, industry-related chambers of commerce and even the Chinese Association (public residence) that governed all overseas Chinese. Most of these traditional Cantonese overseas Chinese groups still exist today. Many of them have a history of more than one hundred years and have become one of the iconic landscapes of Chinatown.

After China's reform and opening up, the sources of new immigrants to the United States have become more diversified. Most new immigrants and Cantonese veterans are very different in language, cultural background, identity composition, and professional status. They are unwilling to join the existing ones. Traditional overseas Chinese groups, but to form new fellow-town groups, professional groups, alumni associations, chambers of commerce, etc.

Township associations established on the basis of provinces, counties, townships and even villages of origin have emerged one after another.

Since the 1990s, with the increase in the number of immigrants from various provinces, there have been more and more single-provincial associations, such as Shanghai and Jiangsu Fellowship Associations.

People who immigrated to the United States from the provinces of East China, North China, Central China, and Southwest China have gradually formed a scale, and more fellow villagers have appeared in the United States.

Among them, new immigrants of Fujian origin are particularly significant.

Due to the continuous influx of new Chinese immigrants, the old Chinatowns in New York, Los Angeles, San Francisco and other cities expanded rapidly to the surrounding areas in the 1980s, but they still couldn't keep up with the growth of new immigrants. They were overcrowded and rents rose steadily.

Many new immigrants can't stand the limitations of a small place, and only live in newly developed Chinese settlements or more distant places.

Most Chinese prefer metropolitan areas, but their settlement areas have spread out from the old Chinatown, forming many new multi-ethnic settlements in the suburbs, and some Chinese are scattered among white communities.

Data map: On April 25, 2021, local time, members of the “Public Safety Patrol” spontaneously established by the Asian community in Flushing, New York, USA, as well as some members of the public, conducted defensive skills training at the community center to improve security capabilities.

The New York Metropolis has attracted the largest number of new immigrants, and the number of Chinatowns in the district has increased from one to six.

The borders of Manhattan’s Chinatown continue to expand, and Chinese shops have opened into the original "Little Jewish Quarter" and "Little Italy District". The most striking thing is that new immigrants from Fuzhou occupy almost the entire East Broadway Street, turning this place into A veritable "Little Fuzhou".

Flushing in Queens is the second largest Chinatown in New York. It was originally dominated by immigrants from Taiwan. Today, the majority of new immigrants from mainland China have come.

Brooklyn's Sunset Park and Eighth Avenue form a new Chinatown where Fuzhou immigrants gather; there is also a Chinatown in Edison, New Jersey.

The new-style Chinese communities in the suburbs do not have the problems of crowding and chaos in the old Chinatown, but at the same time retain some Chinese cultural elements.

Different from the general suburban communities in the United States without obvious ethnic signs, the emerging Chinese residential clusters in the suburbs can basically be clearly identified due to the surrounding shopping centers, Chinese restaurants, and cultural service institutions with Chinese or Asian flavors.

Data map: Customers dine on the streets of Chinatown in San Francisco, USA.

When these new Chinese immigrants with relatively low educational skills first arrived in the United States, most of them settled in the old Chinatown.

Nowadays, more and more new immigrants with good educational background and technical expertise are able to enter the United States in education, technology, professional fields and white-collar occupations, earn relatively generous incomes, and gradually join the ranks of the middle class in the United States.

And they have also begun to choose to live in the suburbs with a relatively beautiful environment, spacious housing, excellent school districts, complete facilities, and small population density.

(End) (Zeng Xiaowei participated in the compilation of this article)

Li Aihui is an associate researcher and postgraduate tutor of the School of International Relations/Overseas Chinese Academy of Jinan University.