Arrests in France in the case of the killed policeman

The death of a police officer shakes the city of Avignon in the south of France. A large number of people took to the streets yesterday, and there have now been four arrests. 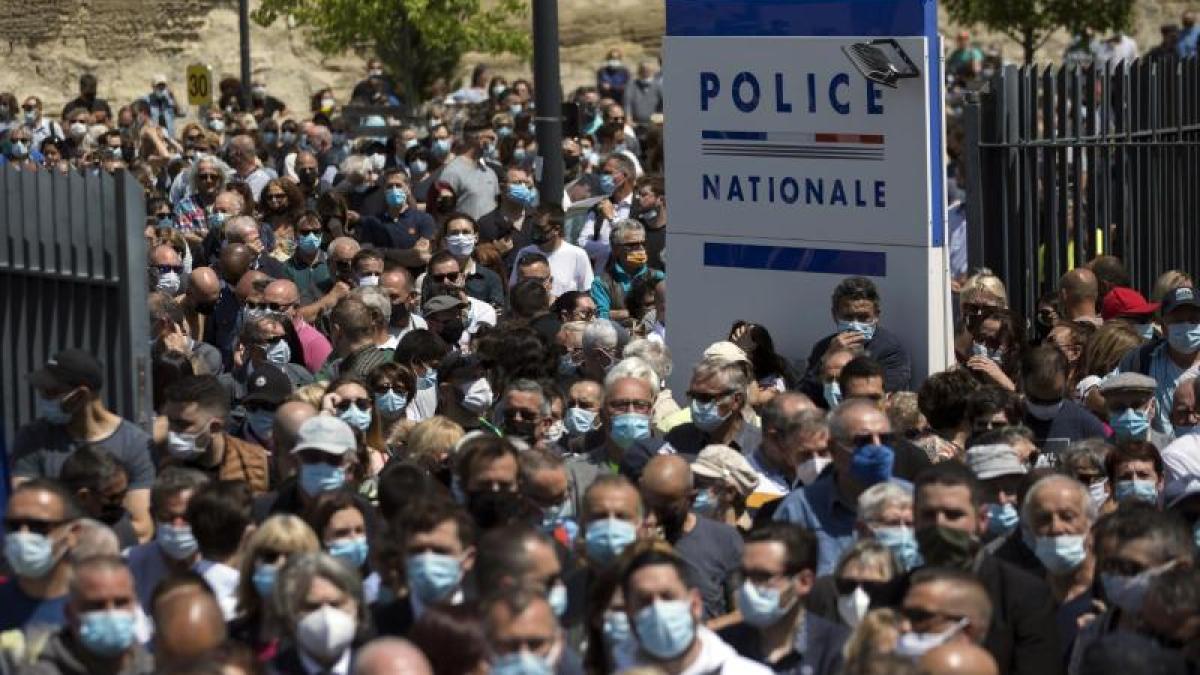 "There were four arrests yesterday."

Among them is a man who is suspected of having shot the police officer Éric Masson.

The politician had previously only confirmed two arrests via Twitter.

According to the media, the suspects wanted to flee to Spain and were placed at a motorway toll station around 20 kilometers from Avignon on Sunday evening, as the news channel Franceinfo reported, citing investigative sources.

The case has been causing a stir for days.

At least 5000 people thought on Sunday in Avignon of the police officer who had been killed during an operation against drug crime.

The 36-year-old and colleagues checked a woman at a well-known drug handling point in the city last Wednesday.

Then a man opened fire.

A national memorial service is planned for Tuesday.

Violence against the police is a constant issue in France.

Just over two weeks ago, a woman police officer was killed by a man with a knife near Paris.

Investigations revealed that the perpetrator was Islamist radicalized.