Anne Will: Deleted tweet after anti-Semitism allegations at Maaßen

The anti-Semitism allegations against the controversial ex-constitutional protection chief Hans-Georg Maaßen at "Anne Will" have caused quite a stir. Now the ARD presenter withdraws a retweet that should substantiate allegations by climate activist Luisa Neubauer. 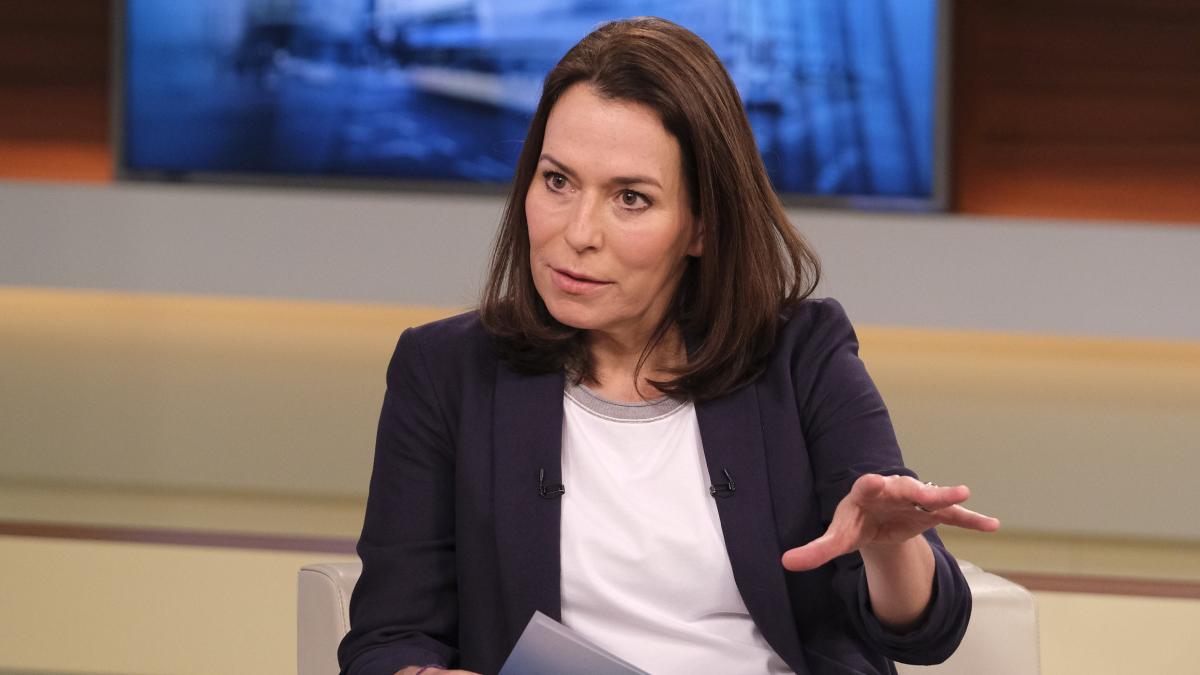 After the controversy over statements by climate activist Luisa Neubauer about Hans-Georg Maaßen on the ARD talk show "Anne Will", the moderator deleted a post shared on Twitter.

“I shared a thread this morning.

That was a mistake.

She did not provide a more detailed reason for the step.

The Fridays-for-Future activist Neubauer had confronted CDU boss Armin Laschet on Sunday evening in the talk show with serious allegations against the former President of the Office for the Protection of the Constitution and CDU politician Hans-Georg Maaßen.

Maaßen is repeatedly criticized for statements about refugee policy - also within the Union.

At the end of April, CDU district associations had put him up as a direct candidate for the Bundestag in the Thuringian constituency of Suhl-Schmalkalden.

For example, Maaßen distributes the content of anti-Semitic blogs.

Neubauer did not provide any evidence for their statements.

Laschet rejected the allegations and asked for evidence.

"Let's look at, let's try to prove," said host Will on the show.

On the Monday morning after the broadcast, Anne Will shared several threads - that is, strings of related Twitter posts - that are supposed to cite alleged evidence for Neubauer's thesis.

There was also a contribution from the “Union-Watch” account, which deals with the politics of the CDU / CSU “from a politically left-wing point of view”, as the self-description on Twitter says.

In the thread it says, among other things: “It is not possible to determine with certainty whether ex-Constitutional Protection chief Maassen is an anti-Semite * is *.

What is certain, however, is that he has been spreading anti-Semitism and other agitation regularly and for a long time. "

Maassen repeatedly and consciously used the word “globalists”, which is a common cipher for Jews in the right-wing scene.

The account also refers to various conspiracy myths that Maaßen regularly shares in public and that went hand in hand with anti-Semitic statements.

Specifically, it is about statements by Maassen about allegedly controlled media or the use of terms such as “socialist re-education” or “political caste”.

The analysis of the account ends with the request to exclude Maaßen from the party.

“The CDU would do well to finally throw Maassen out of the party.

No right-wing voice should be worth the fact that Trump's factual distortion, anti-Semitism, conspiracy myths and other anti-democratic junk should become part of the Union's discourse framework ”.

The authors of "Union-Watch" also commented on the deletion of Anne Will's thread on Monday: "Please do not let your displeasure with the buckling of @annewill on Anne Will," it says on Twitter. "We all don't know why she deleted the tweet or had to delete it."