In Russia, the air opens to disabled children - France 24

In Russia, the air opens to disabled children Saint Petersburg (AFP) Uncertain gait and a big smile on his face, 13-year-old Marian Dolik enters a free fall simulator and swings a few seconds later between heaven and earth, leaving behind the limits due to his cerebral palsy. Marian is one of the 120 children selected to participate in the Russian project "Fly with me", which allows disabled children to find freedom of movement by flying in 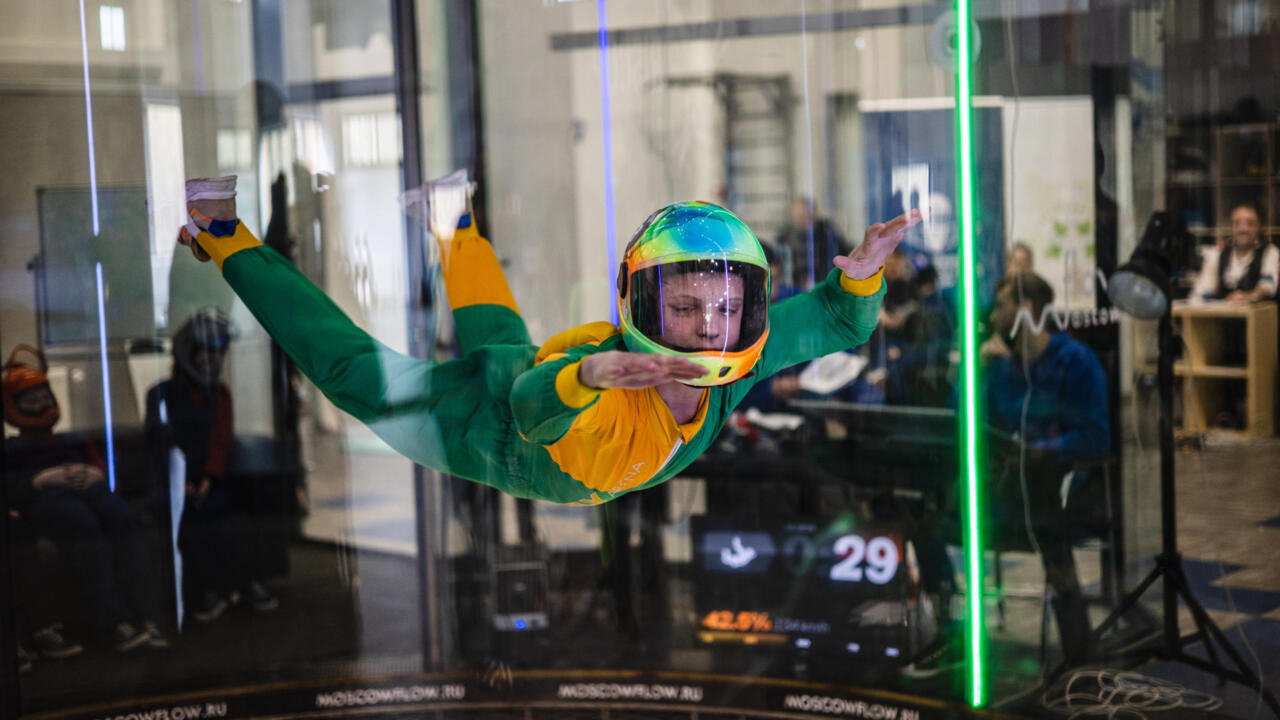 Uncertain gait and a big smile on his face, 13-year-old Marian Dolik enters a free fall simulator and swings a few seconds later between heaven and earth, leaving behind the limits due to his cerebral palsy.

Marian is one of the 120 children selected to participate in the Russian project "Fly with me", which allows disabled children to find freedom of movement by flying in these wind tunnels, thanks to a powerful vertical air flow.

Equipped with a helmet and a wetsuit, each of his movements in the air is followed by a trainer, who dictates the procedure to be followed.

"These flights help me to walk better and to be more stable. I learned to better control my body", rejoices to AFP this blond and slender boy who trains once a week in Saint Petersburg, second city in Russia, or Moscow and dreams of parachuting.

His mother, Irina Dolik, also says she noticed that after three months of training in this simulator, "the range of movements he is able to do has increased and his coordination has improved."

The selected children are between 5 and 14 years old and come from Saint Petersburg, the Urals or the Volga region for this project financed by funds from the Russian presidency and supported by the pro-Kremlin Popular Front movement, which deals with social issues.

Ekaterina Inozemtseva, who heads the project, is herself the mother of a little girl with cerebral palsy.

To secure financial support from the state, she interrupted a speech by President Vladimir Putin during a video conference in December devoted to the issues of the disabled.

According to official figures, there are some 85,000 children in Russia with cerebral palsy, which hinders movement and motor activities.

Support for the disabled in the country is still very limited, with often dilapidated public centers.

Physician Valida Issanova, a specialist in physical rehabilitation, notes that the medical procedures used in Russia to treat children with cerebral palsy are outdated.

"The medicalized physical culture and massages traditionally used for children with cerebral palsy do not work to allow them to move. These methods are dated," she explains.

Wind tunnel flights "work the muscles and joints that are not activated in ordinary life," she notes.

The specialist admits, however, that this method must still be studied to give a "scientific basis" to the project.

Flights in free fall simulators are enjoying increasing popularity in Russia, but are expensive: almost 30,000 rubles per hour (330 euros).

And without financial support, few families can afford it.

These simulators are already used in Europe and the United States to help disabled children, but in Russia this practice is new, explains Dr. Ekaterina Inozemtseva.

Her project, free for selected children, also includes physical exercises twice a week and a six-minute fall session per week.

"We have in our team a rehabilitologist and an orthopedist who decide if a child can participate in the flights. Every movement is carried out under the control of the coaches", says Ekaterina, who hopes that the project can be extended to other Russian regions.

"Children have the opportunity to train like real athletes and in the future will even be able to jump in a parachute. The sky is now open to them", welcomes one of the coaches, Rouslan Savitsky.

According to him, such exercises "make it possible to stimulate the vestibular system", located in the inner ear "and improve motor functions and the psychological and emotional state of children".

At the end of April, Marian Dolik and seven other children with cerebral palsy took part for the first time in a simulation championship in Moscow, a first for children with this disability, according to the vice-president of the Russian Federation of parachuting, Denis Sviridov.