It's like a James Bond movie: New York and Washington are in danger of gas shortages because a group of cybercriminals - self-described, in the most ... 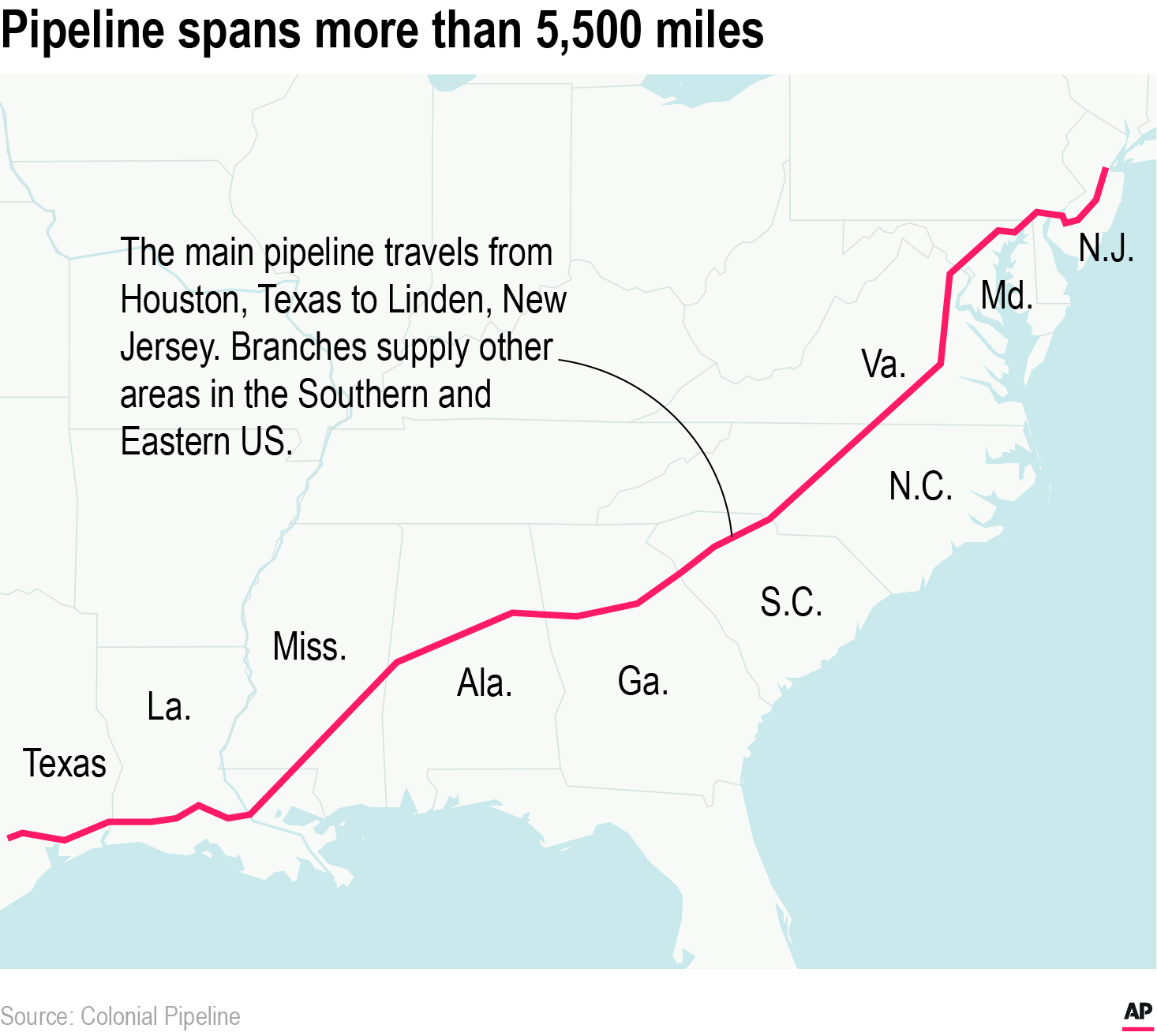 are in danger of gas shortages because a group of cybercriminals - calling themselves, in the most filmic way possible, the

a third of the gasoline in the US

and they will not return it unless they are paid an indeterminate amount of money.

That's the story behind the US

which carries 31% of the country's gasoline. and 45% of that consumed on the East Coast, where the cities of

As a consequence, the Colonial network,

- a distance greater than the one that separates

from the capital of

-, which runs from the

where the vast majority of the country's refineries are located, to New York City, has been rendered useless by the online attack.

For now, in the futures market,

reaching the highest levels since May 2018.

Route of the pipeline.

The attack occurred on Thursday, and is of the type called

That means that cybercriminals broke into Colonial's system, stole data, stored it on computers and servers, and now threaten to disclose it if they do not receive an unspecified amount of money.

Colonial's four main pipelines have been

completely out of service since Friday,

although the company has announced that it has managed to reactivate some second-level connections.

in the eastern United States.

Latin AmericaVenezuela: a mass exodus about to overtake that of Syria