Two young Swiss entrepreneurs want to sell protective masks to the federal government. The daughter of the ex-CSU politician Gerold Tandler helps them - and collects commissions in the tens of millions. The left demands clarification. 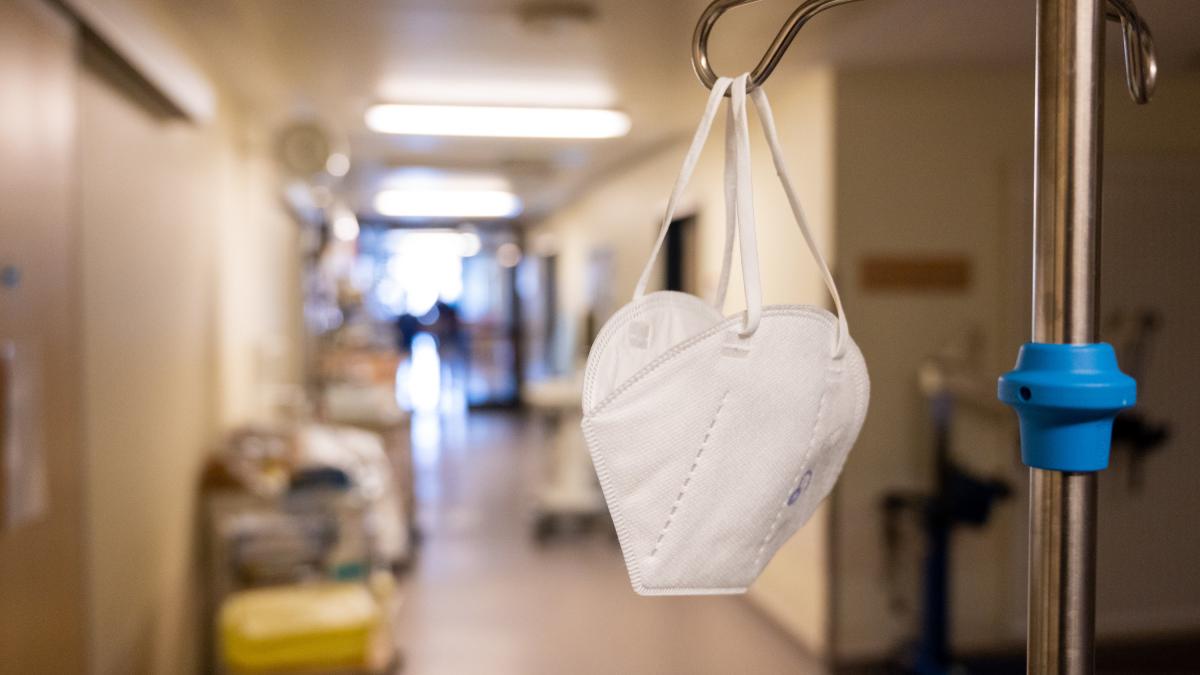 The Left is demanding clarification about a mask deal, for which the daughter of the former CSU General Secretary Gerold Tandler is said to have received millions in commissions. According to reports from NDR, WDR and "Süddeutscher Zeitung", Andrea Tandler is said to have helped two young Swiss entrepreneurs and their company Emix to sell corona protective masks from China to German ministries. For this she received commissions in the tens of millions. Left parliamentary group deputy Fabio de Masi demanded on Saturday that the money must be donated in full to the federal budget.

Federal Minister of Health Jens Spahn (CDU) had told the Bundestag budget committee that Tandler had informed him about the offer from Emix in March 2020.

It was one of the biggest mask deals in the wake of the corona pandemic.

For more than 670 million euros, Germany bought personal protective equipment from Emix, the two operators of which probably earned 130 to 200 million euros, as reported by NDR, WDR and "SZ".

The contact with Emix came about through Andrea Tandler, again mediated by the CSU MEP Monika Hohlmeier, daughter of Franz Josef Strauss.

According to the report, Hohlmeier and Tandler are "very well known".

Hohlmeier did help with contacts, but did not earn anything from the business, reported WDR, NDR and "SZ".

Andrea Tandler, on the other hand, should receive between five and 7.5 percent fee and commission from Emix with her PR company Little Penguin GmbH, depending on the business.

Measured against the total amount with German ministries, the PR company would, according to the report, be entitled to 34 to 51 million euros from the mask deals.

A large part of it should have flowed - ultimately tax money.

Tandler herself and her lawyer did not comment on the fee when asked by WDR, NDR and "SZ", nor did Emix. The latter merely announced that Tandler had worked as a "project employee" for Emix. She was therefore “not just a broker, but coordinated all logistical challenges, such as delivery and flight plans for the aircraft specially chartered by Emix, with the ministries in Germany that were taking over”.

When asked, the NRW Ministry admitted that the masks purchased from Emix were the most expensive: "9.90 euros per piece was the highest purchase price for KN95 masks that was paid during the procurement emergency in the pandemic."

According to the report, the two young Swiss entrepreneurs, aged 23 and 24, used the money for the mask deal to treat themselves to luxury cars from the Ferrari and Bentley brands.

They now see buying the car as a “mistake”.

At the request of WDR, NDR and “SZ” they also announced that they had done a lot for the money: “With their deliveries, Emix took on the risk of export restrictions as well as additional costs, for example for interim storage, transport and logistics capacities that were available at the time were extremely difficult to obtain and extremely expensive. ”In addition, Emix was“ always within the current market price ”when selling the masks and protective clothing.

De Masi spoke of a "kind of legal clan crime". This makes it clear "how high the margin and thus how overpriced the masks were". The left-wing politician called on Union Chancellor candidate Armin Laschet and CSU boss Markus Söder to put pressure on Tandler "that the commissions for mask deals are donated entirely to the federal budget". It should not be "that the political environment of the Union is filling its pockets while our small businesses are drowning."