The Greens want to exclude Boris Palmer from the party. He encouraged his party colleagues to pursue the process. He wanted to explain himself in a party court, said Palmer. And then gave a taste of it. WELT documents the speech. 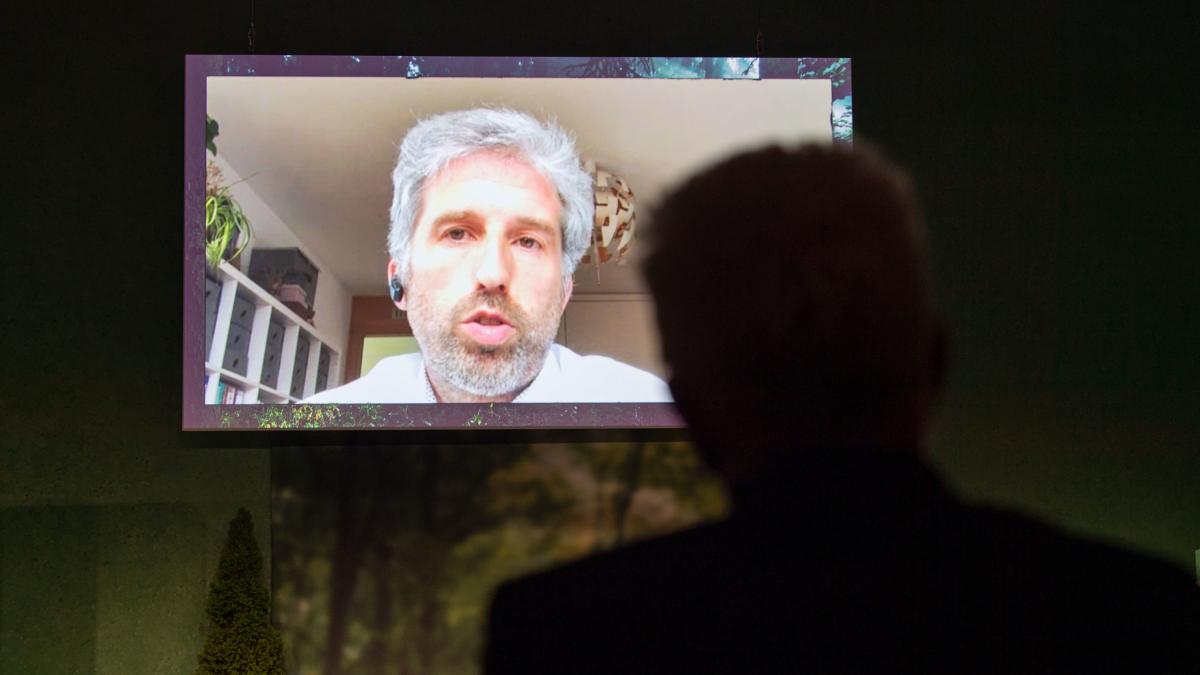 The Tübingen Green Mayor Boris Palmer wants to justify himself in front of a party court for his statements about the ex-soccer player Dennis Aogo.

"I want to get rid of the completely absurd and unfounded allegations against me for good," said Palmer in a speech to the Green Party Conference on Saturday, which WELT is available to.

That is why he himself called on the party congress to approve a motion that called for a party expulsion process.

61 delegates ultimately voted in favor of the expulsion procedure, 44 against, and 8 abstained.

“The time is ripe for it.

Because the measure is full, ”said Green Country Manager Oliver Hildenbrand in Stuttgart.

The Tübingen mayor ensures with "staged taboo breaks" for a polarization of the public debate.

In the course of the discussion on Friday, Palmer used a racist and obscene term from a quote attributed to Aogo and commented, obviously ironically: "The Aogo is a bad racist." As a justification, he referred to an unverified Facebook comment in which without anyone Evidence had alleged that Aogo had used the N-word for himself.

He stands by the open society, liberal democracy and basic green values, said Palmer in his speech.

He doesn't want to apologize.

“That is what the cancel culture at least requires.

Atonement and submission. ”Therefore, he cannot and does not want to revoke anything.

Palmer addressed his party friends directly: “Today I am more convinced than ever that this party needs me.” The Greens, according to the Tübinger, need people “who can oppose the furor of an unleashed identity policy, like 90 Greens recently have done with the call for ecological and social change without identitarian fundamentalism ”.

His use of racist vocabulary was satire.

"You can hardly take satire any further than I did," said Palmer.

He criticized the voices that wanted to force him out of the party: "The motion that is up for vote today has essentially no other aim than silencing a dissenting opinion." Anyone who insults the guidelines of the "generation." "And not bow to the" self-righteous lifestyle links ", are disciplined and marginalized.

Not the first row about Palmer

The state party had already suggested Palmer's exit in May 2020 and threatened him with an expulsion process. Even then, Palmer had caused outrage several times with provocative statements, including a sentence about dealing with corona patients. "We may be saving people in Germany who would be dead in six months anyway," he said in an interview at the time.

On Friday, under the heading “@Cancel Culture”, Palmer initially regretted that the former national player Aogo will no longer appear as an expert on Sky TV after a verbal mistake. Previously, ex-national goalkeeper Jens Lehmann had asked in a short message whether Dennis Aogo was a “quota black” and was then kicked out of Hertha BSC. Palmer wrote: “Lehmann gone. Aogo gone. Is the world better now? A private message and a thoughtless formulation, two athletes disappear from the scene. "